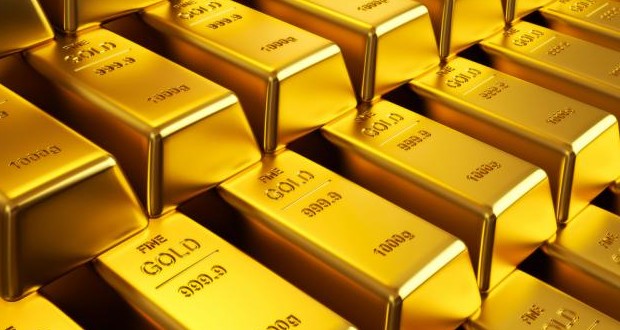 Sheikh Mohammed bin Rashid Al Maktoum the leader of Emirate of Dubai has filled complain to Kenya that an opposition senator has conned the Royal family Ksh 400 million of gold.

The opposition senator is among a gang of six cartels that are under the keen eye of DCI’s investigations of their involvement in the Gold scam. The gold fraud has implied strong complaints from the Vice President and Prime Minister of the United Arab Emirates.

The DCI is trailing a scheme that saw the royal family scammed multi-millions allegedly to secure a release of 5 tons of gold that had been purportedly seized at JKIA.

The Directorate of Criminal Investigations says the alleged seizure was, supposedly, to be the first batch of a 23 tons gold shipment that was to be illegally brought in the country from DRC.

The trail has unraveled that the opposition senator flew to Dubai severally to persuade Royal Family that he has associates who would release alleged seized gold.

The said opposition Senator, a politician and a businessman who runs a private jet leasing company at Wilson Airport have since denied all the allegations from the Royal family.

Preliminary investigations show that the scheme started September 25, last year when the Senator and his group approached a nephew of Sheikh Maktoum, Mr Ali Zandi. Ali is a representative of Dubai based gold trading company, Zlivia.

The cartel told Mr. Ali that they can deliver 4.6tons of gold from DRC. They had secured services of a Russian gold dealer who wanted down payments and transportation charges to Dubai.

The senator and his cronies contacted Mr. Ali on September 27 alleging that the gold consignment had been incarcerated by customs officials at JKIA.

Investigations indicate that Massoud Zandi a representative of Zlivia Gold Trading Company called the Senator for help and on 15th December last year the opposition senator flew to Dubai on the invitation of Mr. Zandi.

The senator demanded cash to ease the release of the alleged confiscated consignment. Mr. Zandi was of the contrary opinion and flew in the country on 24th December last year with hopes of meeting a senior Kenyan government official.

Mr Zandi could not manage a sit down with the government official instead the senator and his cartels took Zandi to JKIA and showed him sealed boxes allegedly holding Gold.

On January 21, this year, Zandi was secretly moved at night to meet a Cabinet secretary imposter at a Karen Hotel. The senior government imposter met Mr. Zandi in a car in the presence of the Senator.

They, the Senator and the CS imposter guaranteed Zandi that his Gold will be released in a week time after he flies out back to Dubai. Zandi says he has neither received his gold nor heard from the six cartels months later.

Sheikh Maktoum has forwarded a written complain to Kenya through the Interior Cabinet Secretary Fred Matiang’i. The Royal family leader has requested immediate actions to those involved in masterminding a gold scam against the Family.

Sheikh decided to contact the government directly after the cartels lied to him that the delay to release the consignment was caused the DusitD2 attack.

“Nevertheless, now we need your immediate and strong action to release the totality of Zlivia Gold shipment to UEA as soon as possible and accordingly to the instructions by our General Manager Mr Zandi who is there in Kenya to organize the shipment.” Quote from the Sheikh’s letter to interior CS dated 20th January.

Since the Shiekh wanted the matter to be solved as soon as possible, a Russian national Yulian Stankov and Mohammed Rashi both wanted international scammers were on Friday arraigned before the Milimani Law Courts in Nairobi. The two are said to be in connection of the Ksh 400 Million scam.

Investigators told the court that Stankov did not have any identification documents. He was arrested after saying that he’s shipping 5tons of gold to Dubai.
DCI Investigators demanded the permission to access cell phones of the accused persons to aid in the investigations of their involvement in the gold scam and other related Cybercrimes.

Kenya Insights allows guest blogging, if you want to be published on Kenya’s most authoritative and accurate blog, have an expose, news TIPS, story angles, human interest stories, drop us an email on tips.kenyainsights@gmail.com or via Telegram
Related Topics:CartelDRCDubaiGoldKenyaRoyal familySenator
Up Next

How Nairobi Girls Are Lured Into Prostitution On Instagram