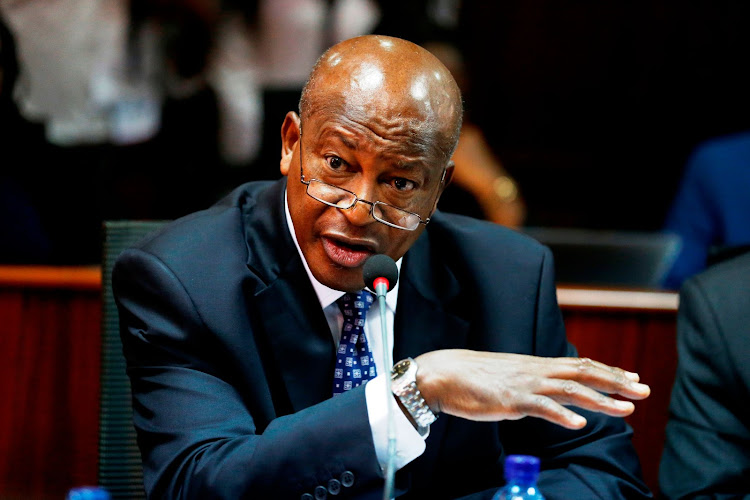 President Uhuru Kenyatta has continuously lost various legal battles bringing into sharp focus the role of the Attorney General and whether he is giving the head of state sound advice.

From the loss of cases on the attempt to change the Constitution, by the government, through the Building Bridges Initiative (BBI), to the cases touching on appointment of judges, rejected by President Kenyatta, the President’s chief legal advisor has had one to many losses.

Other than losing the cases, the government has been put on the spot for failing to obey court orders.

In fact, a judge recently rebuked the government for ignoring to obey court orders and lashed out at the Attorney General Kihara Kariuki for not being assertive in advising the State to comply with court decisions.

It was not the first time this has happened. Early this year, Employment and Labour Relations Court judge James Rika said the courts have been left to look like toothless bulldogs whose judgements and orders “are not worth the papers they are written on”.

“It is an extremely shocking and bold admission of contempt, coming from a Government Agency, which deposes to be acting on the advice of the Attorney-General of Kenya,” the Judge said.

Justice Rika made the remarks while delivering a ruling in which the director general of the National Employment Authority (NEA) has ignored a court order directing him to issue an employment agency Al Hujura, its registration certificate. The judge put the blame on the Attorney General’s door.

“The Attorney-General, a prominent and respected Lawyer, who has served the Judiciary as an Appellate Judge, ought to be more assertive in advising the Government to obey decisions of the Court, to avert the drift into chaos and death of the rule of law which the Government appears to have taken. One cannot say that he or she is waiting to be heard on Appeal, before complying with a valid Judgment of a Court, which has neither been reviewed, set aside or stayed,” the Judge said.

Different courts in the country have declared various decisions by the government as illegal and unconstitutional. Other processes by government either appointments in the public office or contracts have been declared null and void by failing to follow due legal process.

From the appointment of heads of parastatals, cabinet secretaries and principal secretaries, name them.

It was only recently that the Government of Kenya lost to Somalia in a maritime dispute at the International Court of Justice, a decision which President Kenyatta later dismissed vowing not to cede even an inch of Kenya’s territory.

In a scathing attack to President Kenyatta just before he retired, former Chief Justice David Maraga said the government cannot demand of its citizens the obedience of the law, if those in authority were disobeying court orders with abandon.

“It greatly undermines the rule of law for the government to act in defiance of court orders and this pattern puts at great risk our constitutional democracy because it risks the contagion of lawlessness,” said Maraga.

Kariuki fought back defending the Executive saying it has always and remained committed to implementing all court orders, to the extent lawfully practicable, save for instances where there are appropriate stay orders and pending appeals.

The Attorney General, instead shifted the blame on the former CJ saying he has failed to cultivate the spirit of constructive consultation and has resorted to “grandstanding and populist brinkmanship, with the Executive as his bogeyman.”

Last week, another former CJ- Willy Mutunga- expressing displeasure at disobedience of court orders, urged judges to down their tools as a protest.

Mutunga, who has previously accused the government of disobeying court orders, also announced his plans to head to Canada to accompany lawyer Miguna Miguna back home.

He said his decision was a protest move against the government which he accused of infringing on the lawyer’s rights as a citizen of the country.

There is also the impasse over the failure by the President to appoint six judges as recommended by the Judicial Service Commission (JSC).

And instead of advising the President to heed the directive, Kariuki has opted to appeal against the decision, yet as pointed out by lobby group Katiba Institute, Kariuki was part of the team that interviewed and endorsed the same judges for appointment in 2019.

Kenya Insights allows guest blogging, if you want to be published on Kenya’s most authoritative and accurate blog, have an expose, news TIPS, story angles, human interest stories, drop us an email on [email protected] or via Telegram
Related Topics:Attorney General Kihara KariukiPresident Uhuru Kenyatta
Up Next

Crisis Pregnancy Centres is Not a Solution for Sexual Violence Survivors!