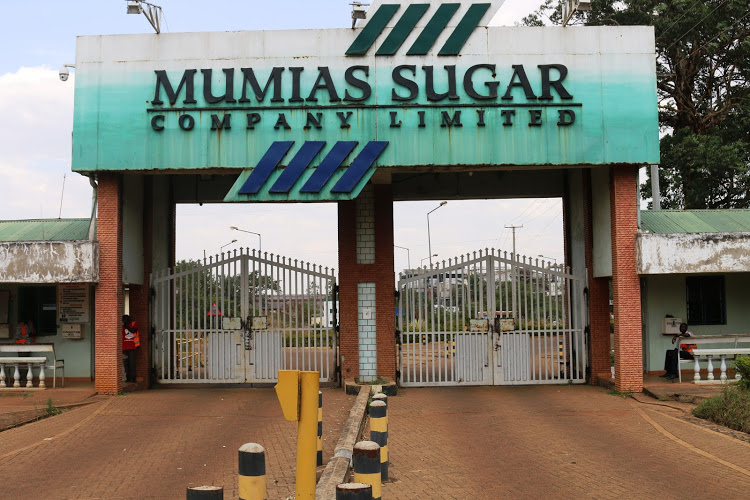 An activist has moved to court seeking temporarily suspend a directive by Senate to Mumias Sugar Company receiver manager Ponangipalli Venkata Ramana Rao from inviting bids from investors to salvage the troubled miller.

“The matter is extremely urgent since the on June 9, 2021 or thereabouts, the Senate’s Agriculture Committee looking into the affairs of troubled Mumias Sugar Company (the Company) directed the 1st Respondent, the Receiver Manager, to within 14 days re-advertise the bid to salvage the troubled Mumias Sugar Company,” Okiya Omtatah said in a petition.

According to Omtatah, the Senate got involved after it emerged that the Receiver Manager was engaged in a secretive bidding process to purportedly identify a strategic investor for the Company.

In the petition, Omtatah says it is only when Rao was summoned to the Senate that he disclosed that he had invited eight investors.

It has also emerged that none of the eight bidders he secretly invited to bid had the capacity to revive the company, leading to fears that a plan was underway to dispose the company off to Rao’s cronies for a song.

Omtatah says that the fears that the Receiver Manager is conflicted were further reinforced by the fact that, while he was the receiver manager at Kwale Sugar Company he sold scrap metal to the purported lead bidder, Devki Steel Millers Ltd.

He also claimed the receiver manager took over the Company to ostensibly “protect its assets and to the best extent maintain its operations,” yet the company was processing ethanol, from molasses bought mainly from the neighbouring Butali and Busia sugar companies.

In the court documents, Omtatah says that instead of reviving the company, Rao has mismanaged the ethanol operations and shut them down in March 2021, thus halting all manufacturing operations at the company.

Also, without proper planning, he ploughed 677 hectares of the Nucleus Estate but failed to plant sugarcane on some 307 HA, letting the effort go to waste.

He adds that he is aggrieved that close to two years after taking over in 2021, the receiver manager has not published a general statement of affairs on the assets and liabilities of the company as at the time he took over and made known the efforts he has taken to protect the assets of the company and the interests of investors (including farmers), creditors, and other parties.

He also said Rao has not published periodic reports on what he has done to reduce the KCB Group debt that is responsible for the receivership or published a general statement of affairs on the current state of the assets and liabilities of the company.

He reiterates that he is aggrieved that the receiver manager has been on site for close to two years with nothing positive to show for it.

“To make matters worse, he has neglected many assets of Mumias Sugar Company, including the Nucleus Estate and machinery, resulting in the company making huge losses due to the deterioration of the assets,” he adds

Omtatah also points out that the neglected assets, especially the nucleus estate which has been left to grow wild, pose a danger to the public.

“Whereas when a company is put in receivership certain rights of its owners are extinguished, and the appointed receiver takes control of the asset and works solely in the interests of the secured creditor, and the receiver may either liquidate the business or revive it, the case of Mumias different.

“The company was set up to implement the Mumias Sugar Scheme to benefit sugarcane farmers in western Kenya and its environs and the general public,” he adds.

He adds that because of the Government’s 20 percent shareholding in the company, and the fact that the company sits on land being acquired for the public purpose of setting up a sugar factory to serve sugarcane farmers and to support the economy of the wider western Kenya region, a public interest arises in how the receiver manager is running the company given the fact that the ‘public’ land is idle, and is not being put to the purpose for which it was ‘acquired’.

“It is clear that the receiver manager who has been on site for some two years now has failed in his mission to protect the Company’s assets and to the best extent maintain its operations. Instead, he has completely shut down the company and is en route to nailing the last nail in the coffin of Mumias Sugar Scheme,” he said.