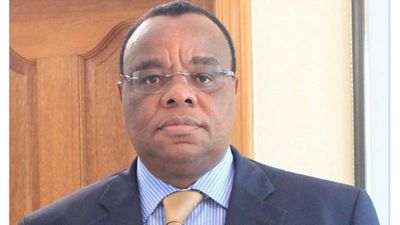 The Kenya Ports Authority has suffered a blow after a court temporarily suspended the appointment of John Mwangemi as acting managing director.

Justice Byram Ongaya of the Employment and Labour Relations Court in Mombasa issued the orders on Wednesday, effectively creating a leadership vacuum in the parastatal.

The judge also certified as urgent the case that was filed by the Commission for Human Rights and Justice (CHRJ).

Through its executive director Julius Ogogoh, the lobby group wants the appointment permanently annulled, arguing that it was made in secret and therefore violated the required recruitment process as provided for under the KPA Act and the Public Service Commission Act.

He argues that under the KPA Act, the CS is supposed to make such an appointment in consultation with KPA’s board of directors.

He also argues that the board, which was supposed to have consulted with Treasury Secretary Ukur Yatani before the appointment could be made, is not properly constituted.

The term of the board chairperson and three other board members expired on June 5 this year.

“He neither applied nor was shortlisted in the previous recruitment exercise that was done. The persons interviewed and shortlisted for appointment were rejected by Dr Yatani, who has arbitrarily and capriciously and secretively appointed Mr Mwangemi,” the petitioner said.

Mr Ogogoh argues that the secretive appointment of Mr Mwangemi deprived the other qualified and eligible applicants and the greater Kenya public of an opportunity to serve.

He said Kenyans were also denied their legitimate expectation of an open and fair recruitment process, and the right and opportunity to participate in the hiring process by applying for the position.

Mr Mwangemi was appointed acting MD on July 1. He replaced Rashid Salim, who is on a three-month terminal leave ahead of his retirement in September.

Mr Salim held the position in an acting capacity for more than one year following the abrupt resignation of Daniel Manduku over graft claims on March 28 last year.

Political interference, vested interests and boardroom wars have derailed the hiring of a substantive chief.

The names of nominees submitted to Dr Yatani after the last interviews were rejected for failing to meet the requirements.

Kenya Insights allows guest blogging, if you want to be published on Kenya’s most authoritative and accurate blog, have an expose, news TIPS, story angles, human interest stories, drop us an email on [email protected] or via Telegram
Related Topics:Amb. John MwangemiKPA MD
Up Next