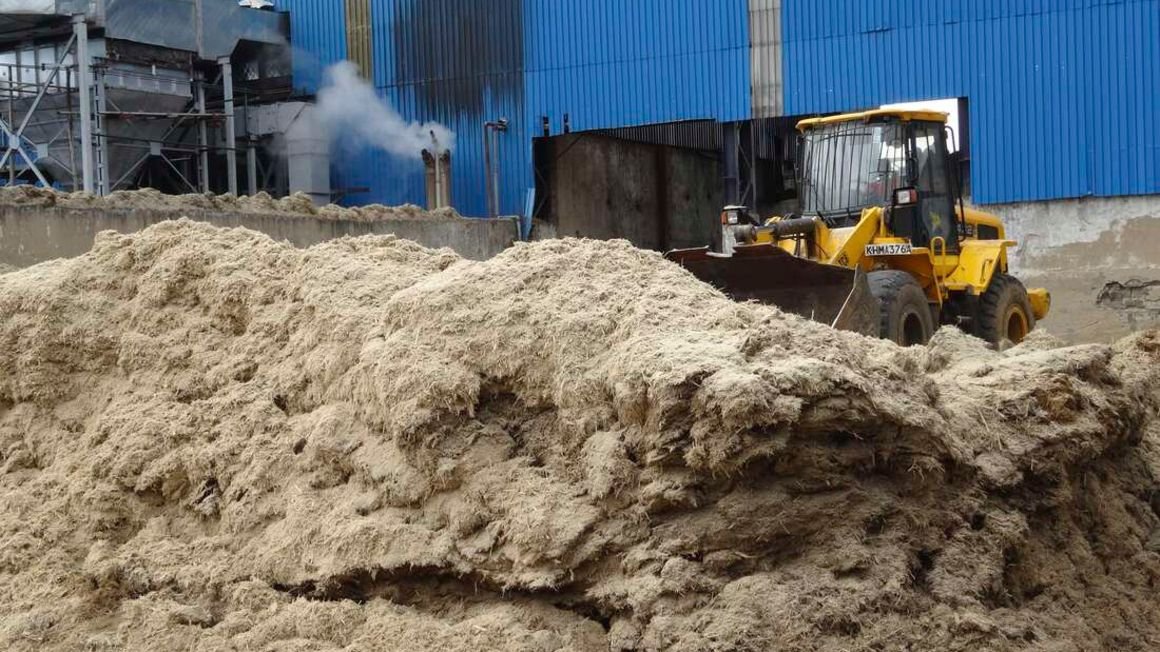 Kibos Sugar and Allied Factories are battling a new scandal, one of the many that has rocked the company founded by the late Patriarch Sardar Channan Singh Chatthe who ran the Chatteh Group of Companies and trustee of Kibos Sugar and Allied Industries LTD(KSAIL) until his death last year.

The latest incident involves Ezra Ron Conyando a worker at the sugar milling plant who fell and drowned at the private miller’s water treatment plant while repairing a damaged pipe on April 27. He died while receiving treatment at Consolata Hospital in Mamboleo.

According to his kin and co-workers, this is a case of negligence in the side of the management accusing them of not taking the safety of the workers with the seriousness it deserves.

Ms Sharon Chepkurui Conyando, a widow to the late in an interview with a local newspaper, put the blame right on the management’s door saying that her husband raised concerns about workplace safety since he joined the miller last year.

She believes if he had switched jobs, he’d still be alive.

“He told me he feared for his life working at the factory because the place was dangerous. He was praying to God that he gets another job elsewhere because he was exposing himself to danger every day,” Ms Sharon told the newspaper. 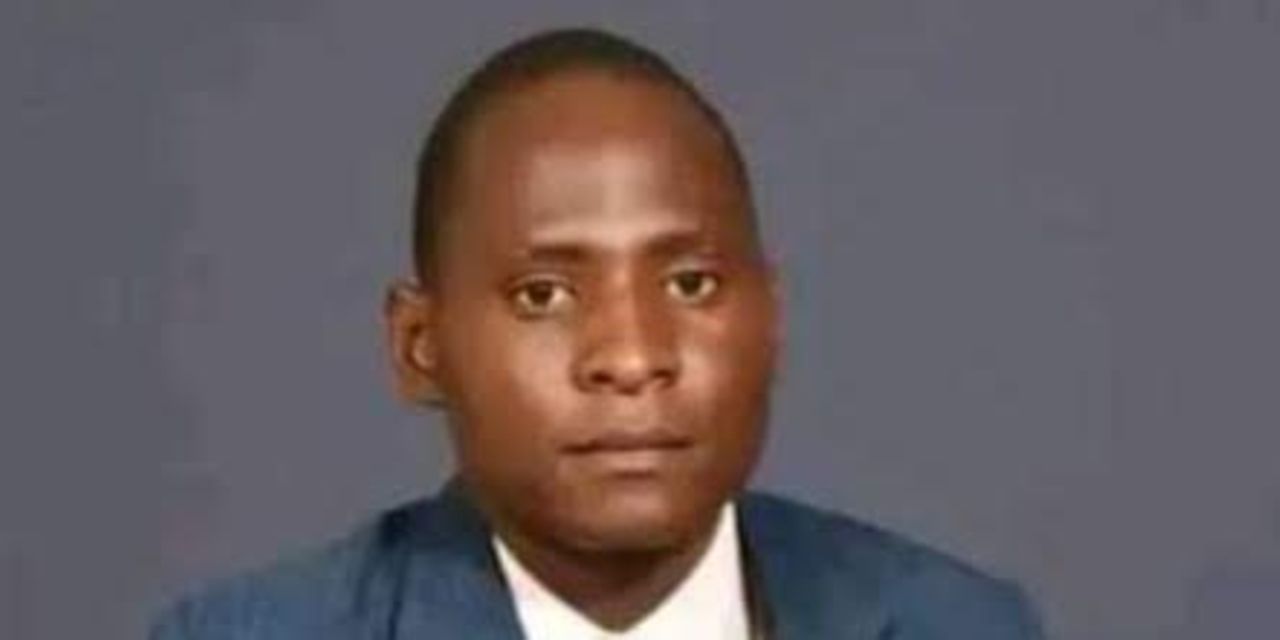 Workers speaking to the press workers in confidence owing to the sensitivity of the case, said it was a case of negligence. pointed out that there has been an issue with a certain pipe at the plant that was dangerous to workers, adding that Conyando was not given floaters to prevent him from drowning. The claims were supported by his family, who claim had there been swift response by the company, their son would not have died.

The family of the late are also unhappy with the manner in which they’ve been treated post the death of their son and felt like the management was engaging in hide and seek and suspected a coverup.

Mr Conyando’s father Gordon Ajuma Onyando, 65, said they were denied an audience with the top management.

“We were talking only to the people on the periphery and not the management and when we asked about many other things including compensation, all they told us was that we should concentrate on the immediate, which is the burial, and not compensation,” he said.

The mother accused the management of negligence. “The company has neglected its workers. We enquired and were told that there are life jackets and floaters. Why were they not given to my son? Why wasn’t there an alarm to alert other people? That forced his fellow workers to run on foot to call for help. According to me, there was a lot of negligence on the part of the Kibos management,” said Ms Ayieko.

Mr Conyando graduated on November 29, 2019 with bachelor’s degree in science, zoology and botany. He was in charge of reverse osmosis and plant operations in the water treatment section, having joined in 2021. His wife recalled how the two married in a colourful wedding on December 11, 2021.

As the family of Mr Conyando seek for justice, the company has had an ugly history of similar incidences of deaths in the company.

In April last year, in an incident confirmed by the then County Commander Samuel Anampiu, a worker identified as Maurice Ongonyo died at the private mill after falling over the factory’s conveyor belt crushing him instantly. The deceased was in charge of the bell tractor operator.

In 2020, Simi Chatthe who’s also a director at the company was allegedly involved in an accident with the company’s car killing three people on the spot from reckless driving. 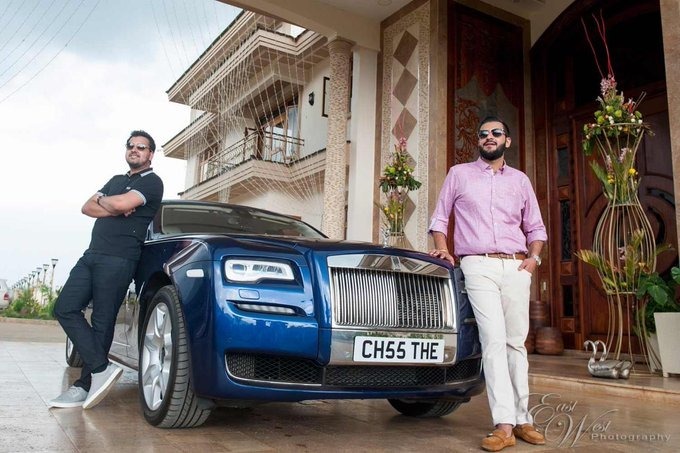 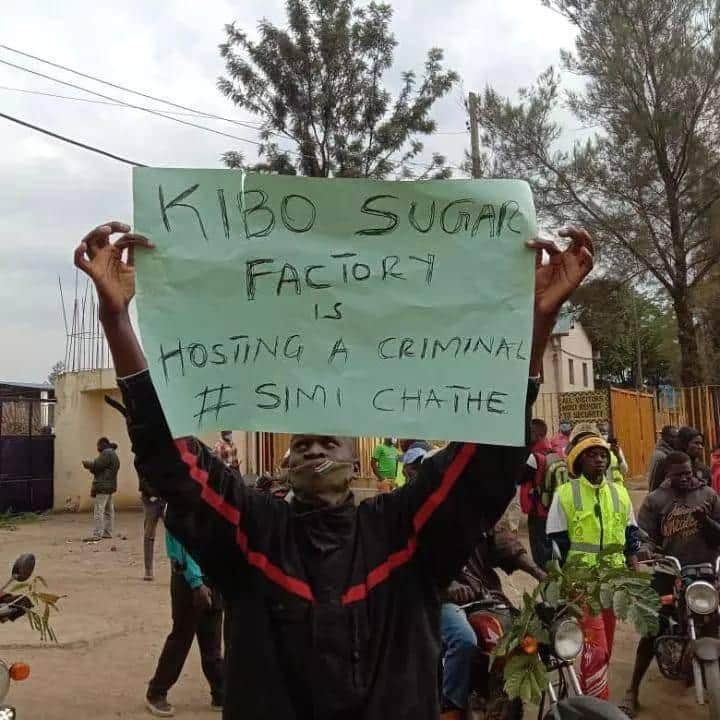 The incident sparked protests amongst locals who stormed the factory seeking justice for the victims.

Nothing much has been heard from the incident past the protests and neither leaders from the area raised a voice.

In 2020, a report that documents compliance levels of various industries using the Kisumu Water and Sewerage Company (Kiwasco) sewer system found Kibos Sugar to be one the companies contributing to the pollution of Lake Victoria.

The company was named among the list of industries that routinely fail to meet standards for treating their waste before dumping it into public sewer lines.

In March 2020, NEMA ordered the immediate closure of Kibos Sugar and Allied Industries for violating air quality regulations. This followed a survey which found out that emissions front he sugar miller are five times more than what is acceptable.

The issue of Kibos and pollution has been a subject of discussion in parliament, environmentalists forums, it has sparked protests from locals who bare the wrath of poising the Kibos River and Lake Victoria where the river flows to, however, the company has stood firm and maneuvered perhaps given their political connections, deep pockets.

Kibos residents have long been unhappy with alleged pollution to Kibos River by Kibos Sugar Company which they claim has destroyed life in and around the river. #ToxicFlow @SheilaSendeyo pic.twitter.com/0ctzb8F7Iy

In November 2020, Kibos became a topic in parliament following a petition accusing the firm of unfair Labour practices which included low wages, management blocking workers from joining unions to fight for their rights, the firm was accused of hiring foreigners (Asians) as expats on unskilled jobs that locals could do.

Hon @olesankok: The Kibos Sugar Company has greatly and negatively affected the livelihoods of the pupils and students in the Kibos Schools for the blind. pic.twitter.com/QbBu8kFfFs

The debate stemmed from allegations that Kibos was hiring foreigners without legitimate work permits and how foreign investors treat locals unfairly.

Leader of Minority @MbadiHon: The way that foreign investors treat locals, especially in the sugar industry in this country, is not right. Apart from employees, even farmers are greatly mistreated by these foreign investors. pic.twitter.com/7OgQNeTpIv

Kibos was put on the spot for negatively impacting blind school children and the community at large.

Hon @JKMelly: As a former chair of the Education Committee, I saw first-hand what the Kibos Sugar company has done to the blind school children and the Community at large. It is unacceptable. pic.twitter.com/Jj0IR68zuo

While the discussion on the environmental impact of the company has been of a national discourse, there has been loud silence from local leaders who’re much aware of the impact the poisoning of the river has been costing the community but instead of fighting for compliance, they’ve resorted to loud silence. 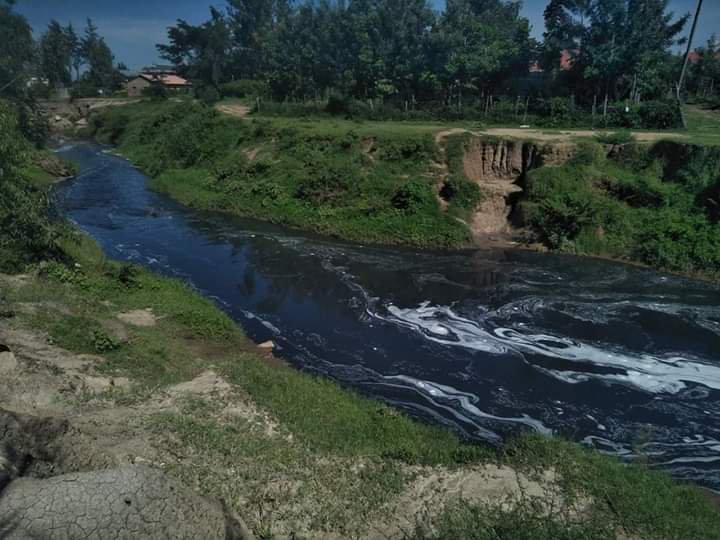 A section of polluted Kibos River flowing into lake Victoria.

Most of the local leaders are said to be in the pockets of the company who’re alleged to be funding their campaigns in exchange for their silence. NEMA officials should also be questioned for the inactivity and silence over the pollution. It’s speculated some of the officers have been compromised, our investigations will stretch further.

Related Content:  WE Charity Exposed For Conning Donors About Building Schools In Kenya

The latest tragic incident at Kibos comes barely a month after a man died in a boiler at a steel factory in Thika.

Mr Caleb Otieno, 25, reportedly fell into the metal boiler at Blue Nile Rolling Mills Ltd in a horrific accident that shocked his workmates, family and friends.

Kenya Insights allows guest blogging, if you want to be published on Kenya’s most authoritative and accurate blog, have an expose, news TIPS, story angles, human interest stories, drop us an email on tips.kenyainsights@gmail.com or via Telegram
Related Topics:Kibos Sugar
Up Next