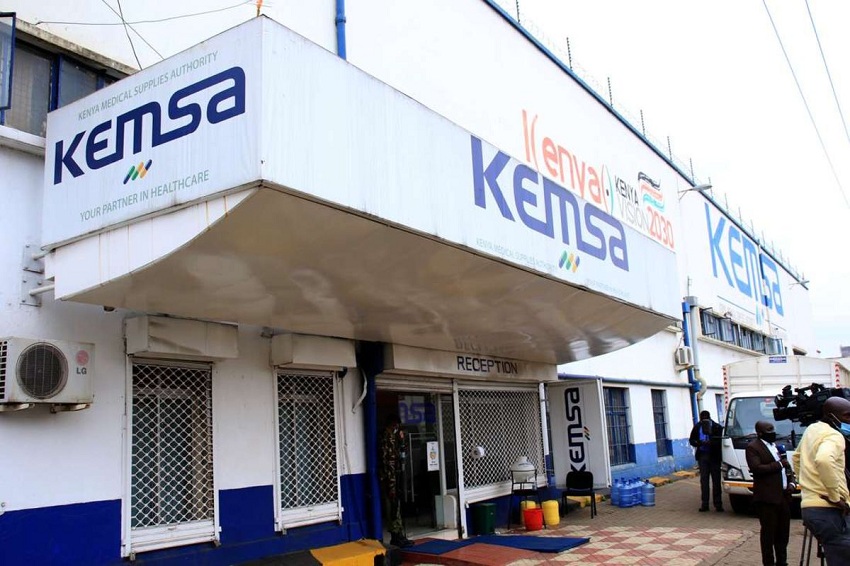 A report by the Senate’s Standing Committee on Health is now recommending the disposing off, of medical items bought by Kenya Medical Supplies Authority (KEMSA) to fight COVID-19 to prevent an imminent massive loss to the agency.

The projected loss to KEMSA if the goods are to be sold now will be about Ksh.2.9 billion and the report warns that the figure could decrease with time as the market prices continues to reduce.

In its probe, the committee further established that the products purchased by KEMSA for purposes of containing the COVID-19 pandemic cost the taxpayer Ksh.7.6 billion, with the bulk of it worth Ksh.5.9 billion still lying in the State agency’s warehouses; only health products worth Ksh.1.8 billion having being sold.

The move is aimed at ending a three-year debt row between the County government and authority, which has resulted in the shortage of drugs at some health facilities within the country’s capital.

The last payment done by City Hall to Kemsa was to the tune of Ksh166.93 million in January 2020, after months of back and forth between the two entities.

Nairobi County Assembly Budget and Appropriation committee chairperson Robert Mbatia said the payment of the entire debt will ensure drugs are supplied to all health facilities, with health functions now under the Nairobi Metropolitan Services (NMS).