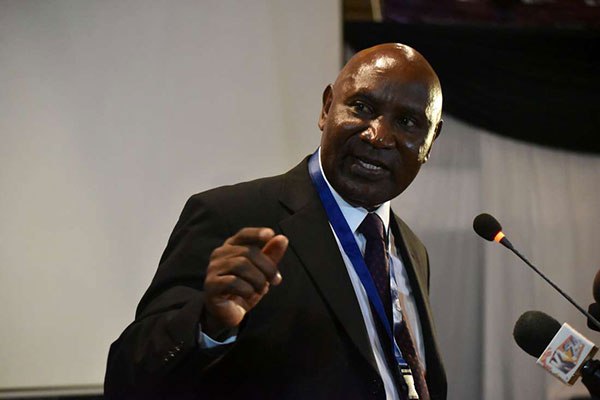 The Employment and Labour Relations Court has suspended the recruitment for an auditor General after the outspoken activist Okiya Omtatah filed a petition against the selecting panel.

Auditor General position fell vacant last year in August after then Auditor General Edward Ouko’s term came to an end. Public Service Commission had stated that the government had to re-advertise for the vacancy after the selection panel failed to find a suitable candidate to fill the retired Ouko’s vacancy.

“The decision to re-advertise the vacancy in the position of Auditor-General is unconstitutional and, therefore, invalid, null and void,” he said.

In today’s ruling, Justice Stephen Radido temporarily halted re-advertisement for the post. The vacancy had been announced in 2019 December.

“Pending the inter-partes hearing and determination of this case, the court at this moment issues an interim order prohibiting the sued parties and their agents. Howsoever acting, from giving effect to the advert, howsoever published, re-advertising the vacancy in the office of the Auditor-General and asking qualified and interested persons to apply,” Justice Stephen Radido said.

Kenya Insights allows guest blogging, if you want to be published on Kenya’s most authoritative and accurate blog, have an expose, news, story angles, human interest stories, drop us an email on tips.kenyainsights@gmail.com or via Telegram
Related Content:  Suspension Of Blogger Cyprian Nyakundi Causes Communication Crisis At Twitter As Kenyans Leave The App In Masses For Gab Over Censorship
Related Topics:Auditor GeneralEdward OukoEmployment and Labour Relations CourtOkiya omtatahPSC
Up Next