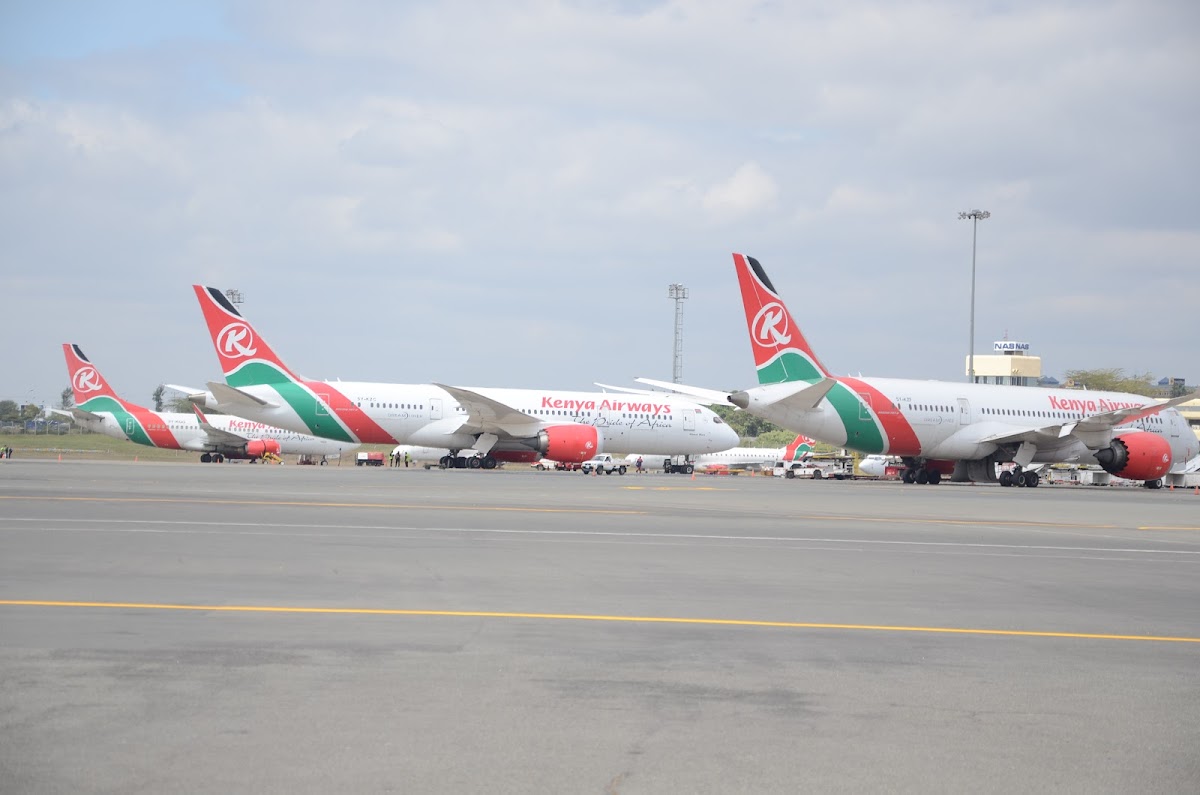 Kenya Airways (KQ) is eyeing a fresh bailout from the government to steady its operations despite narrowing its half-year loss by a fifth.

KQ chief executive Allan Kilavuka said Thursday the national carrier was in a precarious financial position and that the recovery of revenues to pre-coronavirus levels looks set to delay up to 2024, especially given that Africa lags in the vaccination against the disease.

The airline posted a Sh11.49 billion net loss in the six months ended June— a 19.8 percent cut from the Sh14.33 billion loss it incurred in the preceding similar period, taking its accumulated losses over the years to above Sh127 billion.

KQ says the long recovery prospects and diminishing revenue in an environment of increased costs due to tight health and safety measures mean it will require a bailout to stay afloat.“The financial situation of the company is precarious.

We are in a negative equity position, which means we are insolvent as an organisation, obviously made worse by the pandemic,” Mr Kilavuka said.

He did not specify the amount and the nature of support for an airline that last year tapped Sh11 billion loan from the government to fund its operations at a time the Covid-19 pandemic had grounded its operations.

KQ’s planned request for a fresh bailout comes at a time many State-owned entities, including Kenya Power and Kenya Railways, have continued to depend on the exchequer for survival, with little being done to fix their business models.

Kenya has about 260 State corporations and the Treasury estimates that taxpayers may spend about Sh382 billion in keeping afloat the operations of 18 of them in the next five years.

The International Monetary Fund has pushed Kenya to clear inefficiency in these institutions, including cutting duplicate roles and trimming the headcount.

KQ in May picked a UK consultancy firm, Steer Group, to craft a viable turnaround strategy options in the face of deepening financial losses and depressed passenger numbers.

With about two percent of Africa’s adults vaccinated compared to 51 percent in the US and 61.6 percent in the UK, recovery looks set to delay since Africa is a key route for KQ in connecting travellers to other destinations around the world.

“We have a tough period going forward but we are conscious of our responsibility as a national carrier and we must not just be seen as a profit generator,” KQ chairman Michael Joseph said.

“The International Air Transport Association and ourselves don’t see a return to 2019 levels soon. Possibly, 2024 is what we are looking at.”

KQ, as the airline is known by its international code, previously borrowed from international financiers and nearly all of the country’s leading banks, including KCB and Equity.

The airline, however, defaulted on the local lenders who now only maintain a revolving credit facility agreed with the company earlier as part of the restructure of their combined Sh17 billion worth of unsecured loans in 2017.

International lenders like JP Morgan and Citibank have secured their loans using the aircraft purchased by the company.

Accumulated losses and revenue dip caused the company to breach the terms set by the global financiers, underlining the airline’s debt distress.

The Treasury, which holds a 48.9 percent stake in the carrier, has rolled out plans to buy out the minority shareholders at a price that is yet to be disclosed.

This came in the period revenues, mainly from cargo and passengers, fell from Sh30.21 billion to Sh27.35 billion, with the airline currently operating at 30 percent of pre-pandemic capacity.

Mr Kilavuka said management was working “extremely hard” to try and keep the costs down and conserve cash to ensure survival and rebound.

KQ served 0.8 million passengers in the review period, down 20 percent from the number served in six months of last year and 64 percent from half year of 2019.

Passenger revenue dropped by 17 percent to Sh20.23 billion while cargo revenue went up 60 percent due to increased focus on freight operations, especially Covid-19-related essentials like vaccines.

“Unused tickets is a liability in our books and this number is not expected to be zero. Passengers buy tickets and we only recognise revenue at the point of travel,” said Ms Mathuka.

Related Content:  How Hackers Are Stealing Billions From Kenya’s Banks And Getting Away With It

Kenya Insights allows guest blogging, if you want to be published on Kenya’s most authoritative and accurate blog, have an expose, news TIPS, story angles, human interest stories, drop us an email on tips.kenyainsights@gmail.com or via Telegram
Related Topics:bailoutKQ
Up Next