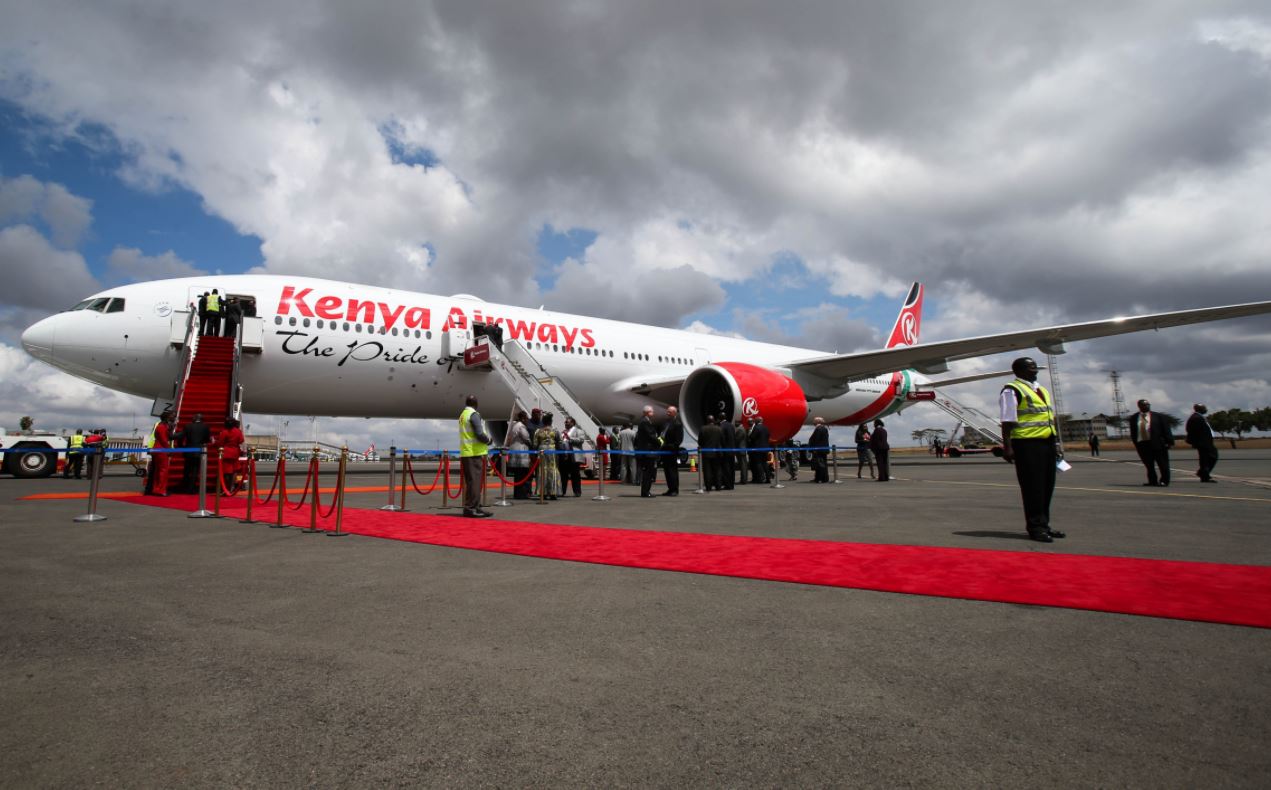 In the first 15 days of August, the loss-making Kenya Airways has canceled more than 52 flights and delayed 40 percent of its trips this year alone and all the expenses are taken care of by the taxpayers.

A confidential memo leaked to the media has exposed financial details of the frequent flight cancellations with, according to the memo, In just seven months of this year alone, KQ spent Sh 118 million to settle huge accommodation bills for their guests in Nairobi’s five-star Hotels and High-end restaurants.

KQ, had earlier this year posted a net loss of Sh7.55 billion for the year ending December 2018, as higher costs offset a jump in revenue which hit Sh114.18 billion earlier this year largely driven by passenger bookings.

Sources talking to the media states that the trigger of the hard questions that have put the top management officials on the spot was a flight cancellation involving a member of the First Family in Paris early this month.

This year’s KQ OTP reports indicated that 182 of the canceled flights were caused by crew shortage occasioned by pilots and crew failing to turn up for work.

“During flight delay or cancellation, Kenya Airways is expected to provide essential services such as accommodation, meals, and ground transportation as the situation requires. With an increasing number of these incidents, the costs of hotel accommodation and meals have been above budget by 250 percent,” the memo says.

The KQ Chief Executive Officer Sebastian Mikosz told the staff on Thursday in an internal newsletter that since the beginning of summer schedule, the OTP (on-time performance) performance of KQ has deteriorated significantly due to crew constraints.

The total number of guests who have been provided with accommodation on account of delays stood at 19,345 for the seven months, or an average of 2,764 per month, hemorrhaging a carrier that has never seen a profit for over a decade.

Related Content:  How The Future Of Social Media Marketing Is Going To Be

The airline’s average on-time performance at 15 minutes in the seven months of this year, stood at 77 percent, having dropped from 82 percent over a similar period last year.

Pilots’ unavailability is becoming a sticking issue, with insiders saying that the CBA it signed with the Kenya Airlines Pilots Association (Kalpa) is biting hard.

Flight data shows that out of KQ’s  35,035 successful departures this year, only 22,426 (or 60 percent) were on time, with 2,814 having been delayed by more than an hour. More than 9,600 departures suffered delays of up to one hour. FlightStats, a global flight tracking service, ranks KQ at position seven, with the worst average delay of 61.1 percent out of the 13 airlines polled.

On their defense, KQ stated that pilots were to blame for the rise in the flight disruptions under the crew shortage reasons, mostly because of what they termed as a ‘restrictive CBA the airline has with pilots’.

Kalpa CEO Captain Muriithi Nyaga has rubbished off saying that it is inaccurate to place the blame on pilots.

“Since last year, we have been seeking to recruit contract pilots across the fleet (those trained and authorized to fly the different models (Boeing, Embraers) as all other airlines do.

“However, due to the very restrictions by pilots, we are only allowed to recruit pilots on the Embraer fleet. You will appreciate that in this part of the world, Embraer is a relatively new aircraft, so there are very few trained pilots capable of flying this type of aircraft,” KQ’s head of corporate affairs Dennis Kashero said

“It is true that they met last week and I am awaiting their report. At the same time, we have given the management full support as they renegotiate the CBA with the pilots. Our position is clear, that we will not allow any sabotage of such a national asset from any quarters as we try to seek the best for the airline,” Transport Cabinet Secretary James Macharia said on Sunday.

In my opinion, the memo is a bridge to unearth massive fraudulent deals these so-called five-star Hotels in the city. Politicians, take, for example,DP Ruto has invested in Hotels that only get government guests. Weston Hotel, for instance, is one of the Hotels that accommodate guests that apparently KQ pays their bills from taxpayers pockets. Such external deals are the reason KQ just like any other parastatal is dangling between bankruptcy and closure.

Related Content:  Kenya Airways No Longer Profitable
Kenya Insights allows guest blogging, if you want to be published on Kenya’s most authoritative and accurate blog, have an expose, news TIPS, story angles, human interest stories, drop us an email on [email protected] or via Telegram
Related Topics:HotelsKQ
Up Next