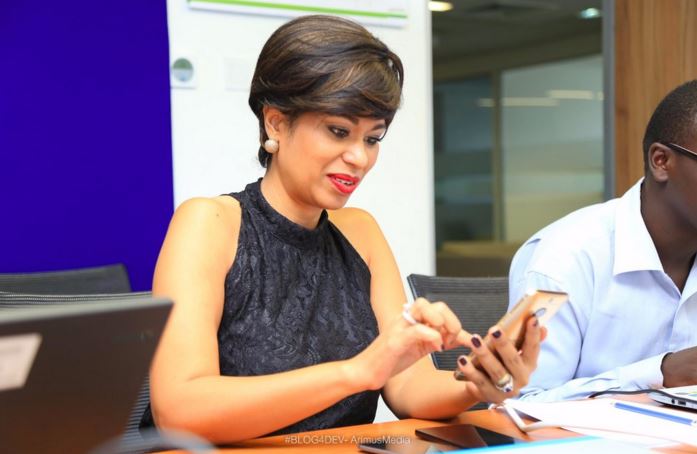 It is common knowledge that Kenya is among the top countries in the world in Corruption matters. This evil that bedevils us has done us more harm than we can statistically quantify. From unemployment to under-employment, the Kenyan youth continues to harbor that elusive Kenyan dream, if ever, there was one. It is because of these economic upheavals that the youths engage in new frontiers to try and make ends meet.

From innovation to invention, an average Kenyan is trying through thick and thin to ensure that they can at least put a meal on the table. The new kid on the block as far as “hustling” is concerned, is Gambling. This article will try to approve or and disapprove gambling as an economic activity that is “The Next Big Thing.” Is a sport betting our new Oil??

A Wiseman once said, a fool and his money are soon parted. There has never been a time in Kenya’s history when this saying became so applicable than today. Gambling is different things to different people. The English dictionary defines it as the act of playing for stakes in the hope of winning. It includes payment of a price for a chance to win a prize.

Wilson Mizner defines gambling as ‘the sure way of getting nothing for something.’ Mizner’s definition thus, excludes existence of any direct Quid Pro Quo in gambling. Is gambling really this bad? If it is, why is it legal in Kenya? Does it have any economic benefits? Let us try to answer some of these key questions.

Before we delve into the nitty-gritty of the cost-benefit analysis of betting, let us first review why one would be interested in this activity in the first place. Psychologists have identified some of the reasons that lead to gambling as:
Desperation for money- this point is tied to the high rates of unemployment.

Since unemployed people do not have any regular source of income, they are generally, financially desperate. This desperation acts like a catalyst for them to gamble the few coins they have with the view that they will win big. After all, one of a gambling advert I see on T.V every day says…”IT IS BIG!” It is not in the gambler’s interest to doubt an alligator that has just come out of the river and reported the crocodile as sick!

Another reason for gambling is for the player to experience highs. Placing a bet and waiting for the final results of the match to know whether one has won or not, is such an enticing experience that keeps the players in some sort of stupor. Ordinarily, a person who engages in gambling based on this reason will have learnt it from peers. Gambling is generally high among youths because of peer pressure.

Supporters of gambling have advanced some key reasons in support of this industry. Some of the reasons are:
It aids in employment creation. In an economy where unemployment is officially at 25%, and unofficially at 60%, it is common sense that we need to create jobs. In this endeavor, we also need to diversify such that our jobs are not shaken by threats such as terrorism.

To this end, gambling both in casinos and on-line sports betting has created an avalanche of opportunities for the youths. In fact, Kenya boasts of 23 sports betting firms as at June 2016. These are in addition to many other casinos that have existed for decades. It is common knowledge that a lot of jobs have been created by these firms.

It is a source of revenue to the government. At least 50% of our GDP is supported by government revenue in form of taxes. Gambling companies, like any other corporate, they too pay their fair share of taxes. This is a great source of revenue to the government. Other than taxes, they also pay relevant licensing fee to the relevant statutory organs, in this case, Betting Control and Licensing Board.

It is therefore reasonable to understand why the government would permit gambling activities within its jurisdiction. Macau in China, which is the largest gambling town on earth, generated Ksh. 45T in 2014. The second largest gambling city being Las Vegas, which made Ksh.6.5T. In fact, Las Vegas economy is more than 90% built on gambling. Prior to engaging in gambling, it was a mere desert with nothing to show to the world.

Related Content:  China Will Continue To Increase It’s Influence In Africa As A Result Of Coronavirus Pandemic- DW

Looked at from the perspective of positive Economics, gambling is a good investment and a booming industry that poor countries can encourage as a way of uplifting them from poverty. This argument can be supported by the case of Las Vegas.

Whereas, the above points seem plausible, prima facie, a critical look at the gambling industry proves otherwise. The economic and social costs associated with gambling far outweigh any perceived benefits.

To start with, gambling leads to financial devastation. They say that gambling is a successful business because the house always wins. The player will generally start gambling with the aim of achieving some financial freedom. However, they never reach this level. The more one wins, the more they will gamble with the hope of winning much more.

This trend will continue till finally, they have lost all they had. At this point, one will find themselves in deep debts and financial troubles. Their gut feeling will be to further borrow and win back their bet, so the cycle will continue.

Yet another cost of gambling is job losses. Betting is like a drug. It is more dangerous than cocaine or heroin. It is addictive. The more one gambles, the more they are ensnared in this prison. Once addicted, it alters the normal functioning of the individual. Anxiety and depression will kick in and sooner rather than later, the productivity of the player at the place of work will deteriorate. The only logical end to this story will be firing of the employee who is unable to produce because of depression tendencies that have been caused addiction to gambling.

Studies also show that 66% of gambling addicts will engage in illegal activities to pay for their gambling debts. This therefore implies that crime rates will increase. The rate of criminal activities in a town prone to gambling is far much higher than the rate of crime in the general population. Mugging and drug abuse is higher among the betting population because of the need to get money for betting as well as trying to control anxiety and depression.

Gambling leads to a lot of family problems. Studies show that 90% of gambling addicts around the world have family issues. In the US, 65% of the couples that consist of one spouse with a gambling addiction end up divorcing. This is a social cost that positive economics overlooks.

In conclusion, we cannot deny the role played by gambling companies in Economic growth. Economic growth should not be confused with Economic development. Gambling can never help in economic development of any economy. While not overlooking the role of gambling as a growing industry especially in developing countries, it is important for us to understand that the Net Present Value of Gambling is negative. Its social and economic costs far outweigh its economic benefits. From a positive economic point of view, Betting/Gambling looks like the next economic frontier that has the ability to grow the economies of 3rd world countries. However, in social welfare economics, there is no Pareto optimality in gambling.

Finally, it is President Barack Obama who once said, “We didn’t become most prosperous country in the world just by rewarding greed and recklessness. We didn’t come this far by letting the special interest run wild. We didn’t do it just by gambling and chasing paper profits on Wall Street. We built this country by making things, by producing goods we could sell.”

The writer is a hustler with ideas that can change the world. He holds a Bachelor of Commerce degree in Finance from JKUAT.

Disclaimer: This article expresses the author’s opinion only. The views and opinions expressed here do not necessarily represent those of Kenya Insights or its Editors. We welcome opinion and views on topical issues. Email:editor@ke-insights-staging.hbgtjqf6-liquidwebsites.com

Kenya Insights allows guest blogging, if you want to be published on Kenya’s most authoritative and accurate blog, have an expose, news TIPS, story angles, human interest stories, drop us an email on tips.kenyainsights@gmail.com or via Telegram
Related Topics:BankingBettingBusinessCentral BankDevelopmentOpinionPhilip Makokha
Up Next

Self-Censorship: To Say That Kenyan Media is In Love With The Politicians is An Understatement