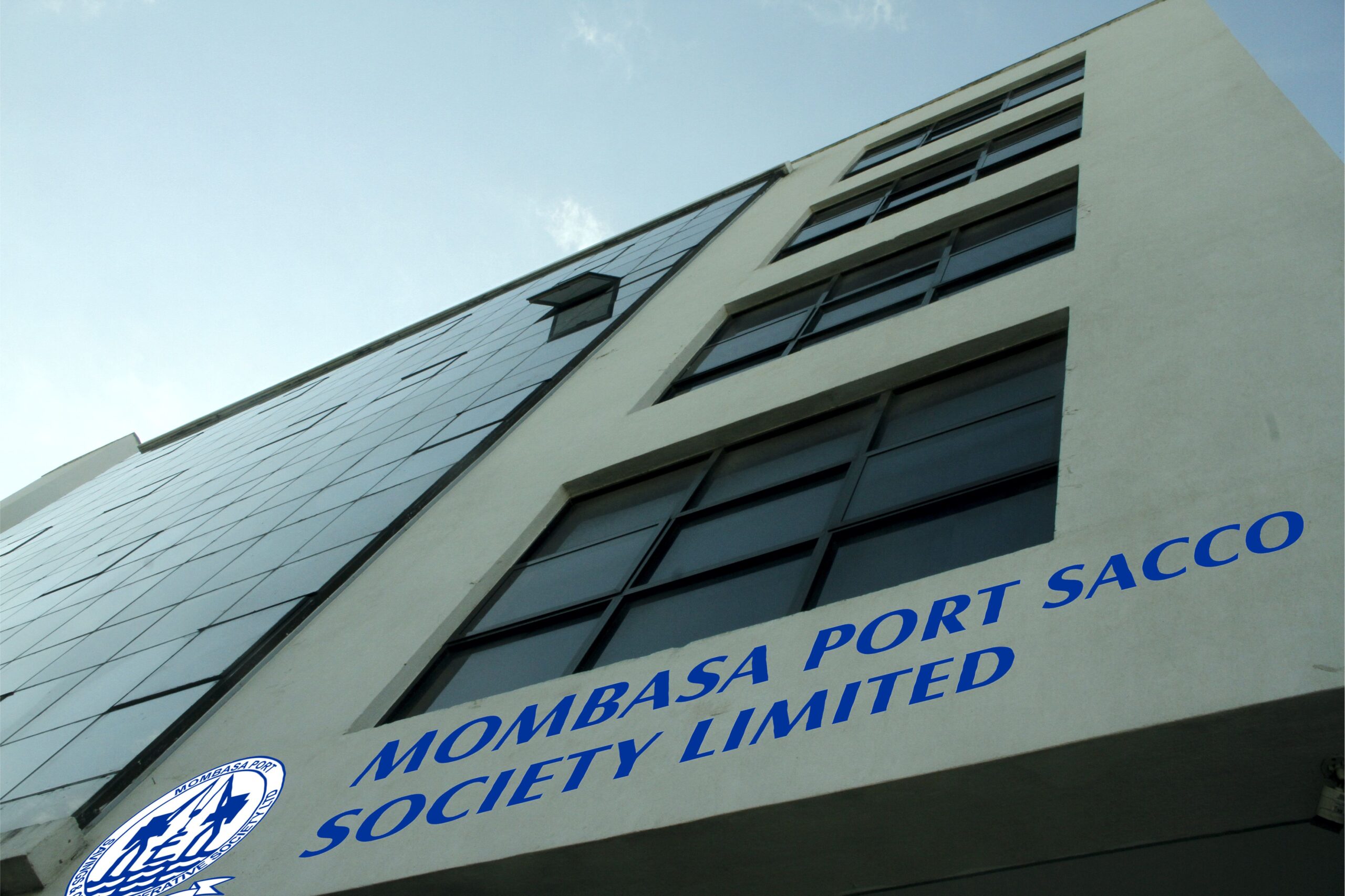 Trouble is brewing at Mombasa Port Sacco between Saccos Regulatory Authority, delegates, management and the board of directors. This has been occasioned by the greed of the directors, CEO, poor governance and administrative lapses.

Worsening the matter is the fact that the county cooperative officers in Mombasa Port Sacco Nelson Nyoro and Lina Nafuodo are actors in the same play. The problems began with the resignation of key officers of the Sacco who were perceived to be contenders for the post of chief executive officers of Sacco as the current CEO should have retired on December 31 2021 but managed to falsify documents indicating that he was due to retire in July 2022.

The heads of units who resigned were the head of information technology, The head of underway human resources, head of credit and at the time of writing this report, the of the CE head of audit has already presented his resignation letter. What could be the genesis of such action of which Sasra has not taken any action? Key issues are involvement of the board and CEO in procurement issues, recent recruitments in the Sacco where the relatives of the board members have secured jobs, Sacco tender committees whereby key officers are permanently in the committee led by the CEOs hatchet man the head of finance.

The recent merger/acquisition of Kivuko Sacco and payment of over Sh21 million to Kivuko by the board was flagged by the auditor. It is worth to note that following the absorption of some members of Kenya Ferry into the mainstream Kenya Ports Authority, some members of the Sacco voluntarily opted to move to Mombasa Port Sacco.

The board in its greed decided to lie to delegates that the Sacco is also set to acquire Kivuko Sacco after its members were transferred to KPA as their employer Kenya Ferry Services Ltd was dissolved. Kivuko Sacco has about 1,500 members and customers, which will boost the giant Sacco’s membership. “The acquisition discussions are ongoing with the guidance of the county co-operative office. If acquired, our Sacco will benefit from growth in membership, loan portfolio, and deposits,” said Alfred Jaka, chairman of management board during an annual delegates meeting.

Problems of Mombasa Port Sacco started with the elections of the delegates who are divided into zones and each zone elects directors from each zone. This is where we have the caliber of directors who cannot speak nor write in English but are elected based on how much they spend. The board is led by Alfred Konde who claims to be a pastor.

The vice-chairman is now Ben Juma, who was indicted in a recent special audit been report of having taken loans 12 times the fo of in one year. Already investigations are underway. The treasurer is Gervais Kivuk Mwole, who retired but with the help of the CEO Anyasa Ondiek remain in the board. He is the defacto head of all Sacco activities and the problems in the office Sacco.

The secretary is the CPE raised drop-out Isabela Mushila, a one- memb time athlete whose role is to fill the paid position that was left by Susan Ayoyi being are th whereby her children have been mentioned as having taken loans and not repaid. Other members are William Ouma who has deposed as the vice chairmanfor demanding audits and a tough stance on the percieved corruption in all sectors in the sacco.

Emily Chamba whose known contribution to the board is to spread rumors about directors not in their team, Rael Munywoki whose conflict is having her child as a supplier in the board.

Then there is Gekone Obonyo, the orphan whose role at the board is to seek for training all the time. The supervisory committee queries is headed by Esha Juma and has Fam Katiba David and Ondigo George manage as members.

The last piece of the puzzle is Dedan Ondieki who was back, th due to retire on December 31 2021 and managed to convince the board that approval had been granted by sasra to remain in employment.

Ondiek is a CEO on a permanent basis and with the help of chairman Jaka, the county cooperative director Nyoro, and an official from Sasra planning to have him on five years contract after retirement. Ondieki who is 65 years old wants to be in the Sacco and ensure whoever takes over from him will play by their book. What is most surprising is that he claims the CEO of Sasra is a personal friend and nothing will happen to him.

Kenya insights can now report that the issued at Mombasa Port Sacco can only be addressed by Sasra, EACC and the  DCI. Key of the matters that have took audit been pointed out in some reports are the following: Payment of Sh21m to a defunct Kivuko Sacco. This was against the advice of Sasra however it is believed that it was secretly approved and money paid whereby officials of the defunct of all Sacco and the county cooperative officer are aware.

Questions being raised is why money collected from members from Kivuko which was paid to Mombasa Port by KPA is being sent to a defunct account? Who report are the beneficiaries? What role did Sasra play in this?  Operation of an account office incidentals whereby whenever Sasra officials come around money is withdrawn.

One such withdrawal was Sh150,000 withdrawn under the guise of business partners official meeting. To cover their tracks, it is collected by board the secretary of the CEO and handed eover to the treasurer and CEO. The last one was done on February 2 2022.

A total of over Sh5m have passed awarded through this act. Approval of audited accounts for payment of dividends is collected by the treasurer as agreed by the board. This is to ensure any queries are not settled before then.

Family Bank Limited has allegedly managed to bribe to have deposits maintained in the bank. Some times back, the top brass of the bank called for a breakfast meeting whereby the board members were enticed to remove the deposits kept at Sidian Bank.

At the moment, the chairman, CEO, treasurer and secretary signed off monies to the bank and do collect a monthly stipend from the bank. Attemps are being ,made to increase deposits to Shi billion which will put the Sacco at a risk. This was tried at Bandari Sacco where their attempts were rebuffed.’ The compromised loan portfolio of the Sacco. A recent forensic audit report of Mombasa Port Sacco of December 29 2021 conducted by Mutau Njoroge and Associates raised various serious issues that put the regulator to task on how they conduct be their surveillance audits.

One issue ne raised was how one board member ve took 15 loans in one year. How was it approved it came out the member was also chair of the credit committee? Several delegates are major defaulters he in the Sacco with some of them not ed paying loans from 2016, Children of some board members and a act spouse of a senior officer who took a loan in 2016 have not been repaid.

Some board members and staff om were receiving loans fraudulently. Recommendations to the report were is Disciplinary action be taken on ho some staff and CEO as per the HRA did policy. To cover this the CEO through conniving with some members of staff fice had three staff dismissed to create A the room for hiring his relatives in A: is sensitive positions in the Sacco.

Kenya Insights allows guest blogging, if you want to be published on Kenya’s most authoritative and accurate blog, have an expose, news TIPS, story angles, human interest stories, drop us an email on [email protected] or via Telegram
Related Topics:Mombasa Port SaccoSasra
Up Next