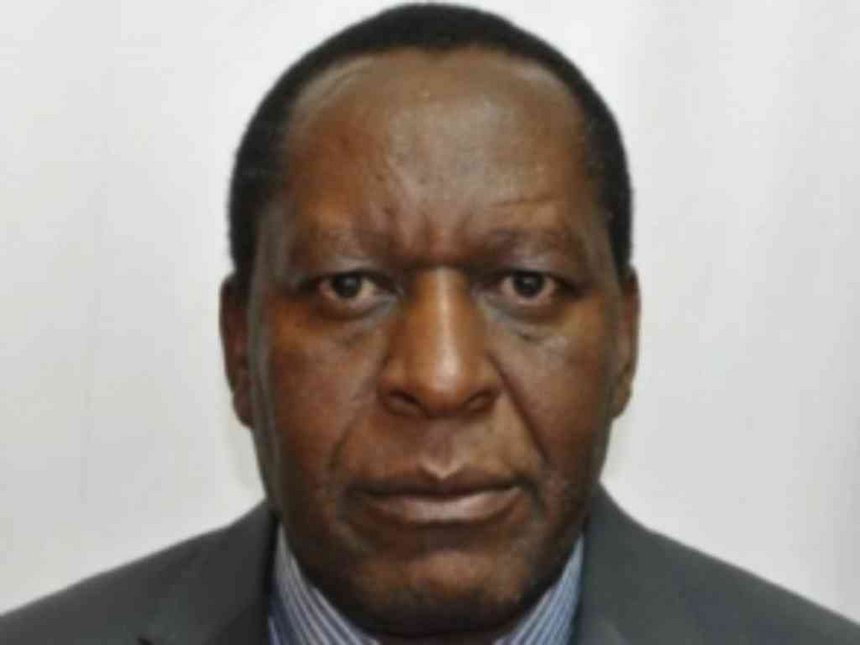 Today we open up our first episode of 20 that will go to expose the rot that has been embedded in the Tana & Athi River Development Authority(TARDA). Stephen Githaiga Ruimuku the parastatal’s MD is a tribal bigot and corruption master who has taken up operations of TARDA running it like a family affair.

First off, his initial and actual name on the ID card number 1901968 is Steven Maina Githaiga date of birth 1953, and he fraudulently changed to Steven Githaiga Ruimuku birth date 1958. By this, he reduced his age by five years as a scheme to allow him to serve more years in the industry.

The open irregularity was spotted by the Auditor General Ouko in the accounts of financial year 2013/14, and the matter was taken to EACC for investigations but knowing the nature of things in Kenya, the embattled MD compromised the commissioners. Intel reaching Kenya Insights indicates the parastatal is set to receive about Sh.6B for Athi River conservation and upgrade projects, and he’s buying time to tap into this cash. This is the money he’s been using as the bargaining point with the EACC and anyone who dares raise a voice on this matter.

Agitated staff members have gone as far us writing to the Parliament’s Public Investment Committee in a letter dated 30th March 2016, but nothing fruitful is yet to come out.

Kenya Insights is, therefore, going to take up the matter for public interest and for integrity in state’s institution to reveal the underdealings and the filthy impunity culture that has allowed Ruimuku to keep on frustrating staff members, using illegitimate documents meaning he’s illegally in the office but nothing happening to him.

Is the change of passport and ID card original details, not a criminal act?

Among other irregular procurements and tendering malpractices in 2013/14, the MD’s company BEVAN supplied low-quality sausages and other dairy products to TARDA’s hotel(Masinga Dam Resort). His wife Lucy Wangui Ngahu(recently employed at TARDA) supplied wines and spirits and vegetables at inflated prices to the same hotel. These companies were neither prequalified nor did they go through a tendering process.

This is clearly an insider trading which is contrary to set public institutions regulations. The original list of prequalified suppliers for the financial year 2014/15 was altered with, and other friendlier companies to the corrupt MD inserted without going through an open and set tendering process.

The MD illegally took away TARDA’s motor vehicle a Land Rover Discovery Reg. No. KAD 266D without paying for neither tendering for it. He has since sold the car to a third party. How did the MD Steven Ruimuku acquire the car a government’s asset, did he participate in disposal process to gain ownership.

Related Content:  The 'Stormzy Effect' And How It's Helping Black Students Get Cambridge University Admissions

Nepotism and tribal have been the norm under Ruimuku’s tenure. He has employed everyone in his family to the authority and close friends. He has discriminated against staff members outside his Kikuyu tribe with unwarranted actions including demotion, unnecessary transfers and refusing to promote those recommended by the public service commission. In a nutshell the MD has been running the institution like a private entity where he does things the way he likes telling off any staff who raises a voice upon him that nothing can happen to him since he’s from the president’s tribe and that Jubilee is still in power, and he will do things as he likes.

In the next episode, we will detail out the levels of tribalism and nepotism that the MD has introduced in TARDA employing his friends and relatives, dismissing and demoting, discriminating those from other tribes. The names and all will be given. The culture of impunity by arrogant and fraudulent leadership in public institutions like this of Ruimuku must be condemned and called out with least kind words.

Kenya Insights allows guest blogging, if you want to be published on Kenya’s most authoritative and accurate blog, have an expose, news TIPS, story angles, human interest stories, drop us an email on [email protected] or via Telegram
Related Topics:CorruptionInvestigationsTARDA
Up Next