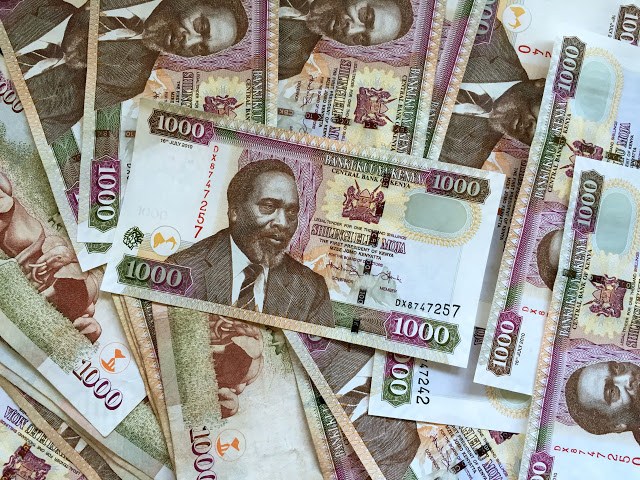 The ongoing demonetization of the old a thousand notes has attracted the attention of the Crime busters at the Directorate of Criminal Investigations who have now focused their keen eye and investigating cases of fishy cash transactions that have been flagged by banks.

Central Bank Governor Patrick Njoroge says some of those cases are of people who wanted to change over Sh5 million to new currency notes.

“We have shared the information we have gathered so far with the DCI for further investigations. Our role as the regulator is to work the investigating agencies to ensure that we achieve our goal,” Dr. Njoroge said.

CBK Chair stated that the banks have collected more than 100 million pieces of old Sh1,000 notes out 217 million pieces that were in circulation when the demonetization started and the investigations on people holding illicit money would continue even after the old notes are phased out from September 30.

“We expect to collect more notes as the deadline nears because most people like doing things the last minute,” CBK Chair said while on a media interview.

Dr. Njoroge, however, ruled out 100 percent success of the demonetization, saying some have of the cartels have laundered the illicit proceeds in properties in the country and abroad.

CBK caught the country by surprise on Madaraka Day when it announced that it was withdrawing the Sh1,000 notes in a bid to counter counterfeits, corruption and money laundering.

The old generation Sh1,000 banknotes will be worthless papers from October 1, 2019. CBK has said it is working with forex bureaus, payment service providers, money remittance providers, investigative agencies and other financial service providers to ensure all due procedures are followed.

Kenya is not the only State that has changed their currency, India scrapped 500 and 1000-rupee banknotes in 2016 to flush out tax evaders a move that flopped as it did not achieve the desired goal as 99 percent of the money still got back into the system.

Africa’s self declared most debt-ridden country,  Nigeria,  introduced a new currency and banned the old notes in 1984, under the Muhammadu Buhari government. But this caused chaos and was blamed for the inflation that followed and crashed the economy.

Ghana also attempted a similar move in 1982 when it ditched its 50 cedis note to deal with rampant tax evasion and empty excess liquidity. It had the downside of fuelling a currency black market.

North Korea tried this in 2010 but ended up leaving citizens with no food and shelter after Kim-Jong ll knocked off two zeros from the face value of the old currency in order to kick out the black market.

There have been at least five success stories where the exercise worked for the economy and resulted in the intended outcomes.

Kenya Insights allows guest blogging, if you want to be published on Kenya’s most authoritative and accurate blog, have an expose, news TIPS, story angles, human interest stories, drop us an email on [email protected] or via Telegram
Related Content:  Underaged Girls Busted At Echesa’s Sex Den In Ruaka
Related Topics:000 notes1CBKDCI
Up Next

How Email Hacks Are A Threat To Businesses Globally