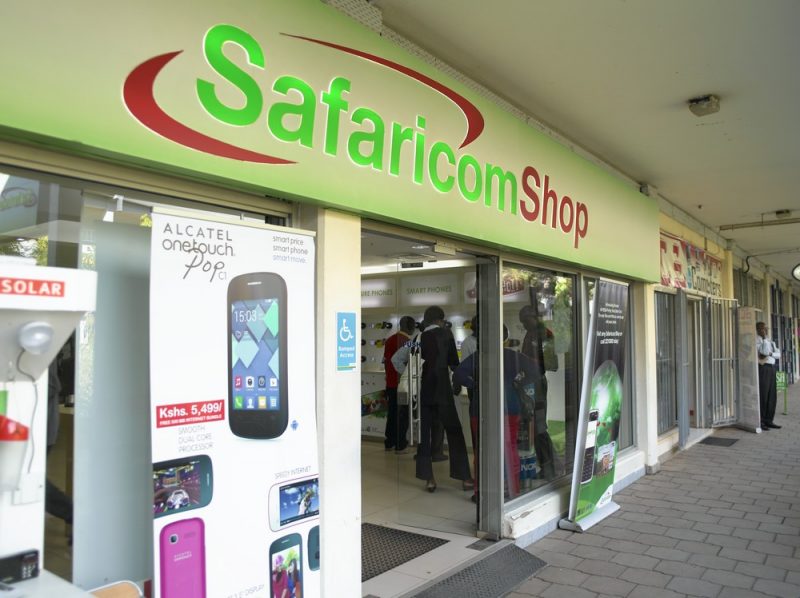 According to NSE records, Safaricom’s dominance domestically has strengthened even more after the telecommunication firm’s market valuation exceeded 50 percent of the Sh2.22 trillion stock exchange market.

At Close of Thursday, Safaricom’s valuation of Sh1.13 trillion which is now 50.7 percent of total investors’ wealth at the Nairobi Securities Exchange (NSE) is a factor that is largely attributable a sharp drop in the market capitalization of other listed firms.

According to the NSE records, Safaricom Crossing the 50 percent threshold means that its market worth is now more than the combined valuation of all the other 62 listed companies.

In March this year, Safaricom achieved its highest-ever market capitalization of Sh1.27 trillion but the company has avoided the deep erosion of value that other companies have suffered, pulling down the benchmark NSE 20-Share Index to a 10-year low.

Safaricom’s share price has gone up by 25 percent or Sh5.70 this year to hit Sh28.25, adding more than Sh228.4 billion to its market valuation at a time when many other companies, including other blue-chip counters, are stuck in a price slump.

Since January, NSE All-Share Index and market capitalization have gained 5.1 and 5.7 percent respectively due to Safaricom’s dominance, but the NSE 20-Share Index is down 13 percent to a 10-year low of 2,467 points.

NSE Investors who track the indices are therefore presented with a situation where overall market wealth has gone up by Sh120 billion, but the benchmark index is touching multi-year lows. The divergence in the direction of the two indices is due to the huge influence the Safaricom stock has on the All-Share Index, which is market cap weighted.

On the price-weighted NSE 20-Share Index, other blue chips such as East African Breweries Limited , BAT , Standard Chartered  and Bamburi  that carry a higher nominal share price have a greater weight.

As it has been before, Capital Markets Authority (CMA) regularly flags the influence the top firms have in terms of traded activity and investor wealth as a market risk such that should the companies encounter a shock or fall into difficulties, the effect on the stock market would be far pronounced.

“During the second quarter of the year, the top five companies by market capitalisation accounted for 70.8 percent, the highest in the last four quarters, confirming their dominance in the Kenyan securities market,” said CMA in its quarter two market soundness report released earlier this month.

Safaricom’s valuation gain has been helped by its high profitability that has in turn driven up shareholder dividends and lack of large listings at the NSE in the past decade, which has coincided with the growth of the Safaricom share price by more than 700 percent in the period.

In March this year, Safaricom reported a 14.7 percent growth in net profit to Sh63.4 billion on the back of strong M-Pesa and mobile data performance, marking a seventh straight year of a rising bottom-line.

Safaricom is paying shareholders a dividend of Sh1.25 per share, totaling Sh50.08 billion, and on top of that, a special dividend of Sh0.62 a share totaling Sh24.84 billion while other NSE firms are struggling to remain profitable in a tough economy.

Since June 2018, a total of 16 listed firms across different market segments have issued profit warnings, with their earnings collectively plunging by more than Sh14 billion. Nine out of the 13 segments of the market have recorded a drop in market capitalization, the worst hit in relative terms being the commercial and services sectors whose collective valuation has fallen by 55 percent or Sh43.5 billion this year to Sh35.2 billion.

On the Banking sector, which is the second-largest at the NSE after the single-stock telecommunications segment, has eked out a 0.3 percent gain in market capitalization to stand at Sh626.5 billion. Bank stocks have recorded a mixed performance in the market despite the sector remaining one of the most profitable at the NSE, with five out of the 12 listed lenders seeing their share prices fall this year.

Central Bank of Kenya data shows that in the six months to June, banks in the country recorded a 12.6 percent increase in gross profits to Sh85.8 billion.

Safaricom controls approximately 64.2 percent of the Kenyan market as at December 2018. Safaricomhad a subscriber base estimated at approximately 31.8 million.