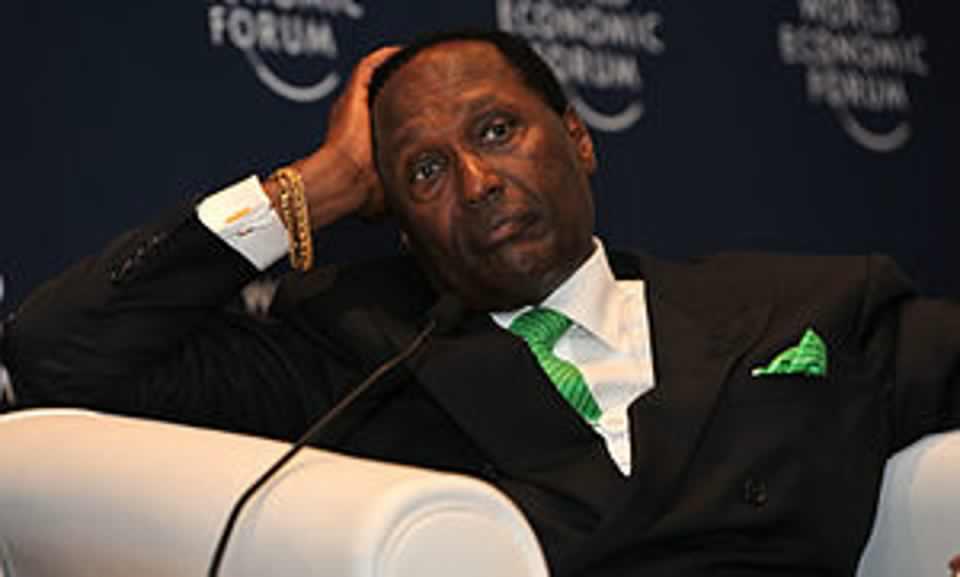 The Board of Directors of Tiger Brands has announced its decision to dispose of the company’s 51% stake in its Kenyan business, Haco Tiger Brands (E.A.) Limited (“Haco”), which it acquired in 2008.
According to Tiger Brands’ CEO Lawrence Mac Dougall, the company took the decision to sell its interest in Haco after a detailed review of the business was conducted, along with its partner, Dr Chris Kirubi. “The review evaluated the Haco
business in the context of its mutual alignment with Tiger Brands’ long term strategic focus and core competencies. In addition to products manufactured and marketed by Haco under its own brands, the majority of Haco’s business lies in the manufacturing and distribution of products under licence. This is not aligned with our current operating model which is premised on full ownership of leading FMCG
brands.”

This has culminated in Dr Kirubi, who holds the balance of the 49% of the business,
making an offer to Tiger Brands to purchase its 51% shareholding at a price that
was considered fair and reasonable. Tiger Brands accepted the offer. “We thank Dr Kirubi for his invaluable insight and contribution to Haco over the past 9 years and are confident in Haco’s prospects under his leadership,” says Mac
Dougall.

Dr Kirubi commented on the partnership with Tiger Brands and the quality of engagement with the leadership team. “The partnership with Tiger Brands has been professional and constructive over the years and I am pleased with how we have managed this transaction. I have always been passionate about Haco’s success and I remain fully committed and dedicated to its growth and progress. My Board and I, together with our dedicated staff, look forward to driving the next chapter of
Haco’s growth and innovation as Haco seeks to meet the needs of the growing and discerning market in Africa and beyond.”

Related Content:  Things You Didn’t Know: How Much Your Kanyan Bank Charges You Yearly To Keep Money With Them

The agreement relating to the disposal of the shares is subject to a number of suspensive conditions, including receipt of the necessary regulatory approvals in Kenya.

Managers pre-invoiced sales and moved stock to third party warehouses to make it appear as if they had reached their performance targets. They altered financial statements to look impressive. The team also falsified operating profits by more than Sh879 million. As a result of the manipulation: The managers were praised for sterling performance and consequently earned huge bonuses.

Discovery of the falsified accounts and the need to rectify the position reduced the group’s earnings for the half-year results for the period ending March 2015. There are several ways in which companies can falsify accounts and various reasons why they do so.

The first one is where a company’s management, at times in collaboration with its auditors, inflate revenues or artificially decrease expenses. These alterations paint a healthy image of the company, which in turn keeps investors happy and could also be used to justify hefty increases in salaries and bonuses for top managers.

Profit alterations also work in the reverse. Accountants deflate a company’s income or exaggerate the expenses, making a company come off as performing poorly than it actually is.

Tiger was previously bullish about the Haco partnership, but has over the past two years soured on the investment, starting with the discovery of what Tiger said was an R106 million (Sh845 million) fraud at the company in 2015. The accounting fraud that came in the form of pulling forward sales and falsification of stocks, cost the multinational R50 million (Sh400 million) at group level as the subsidiary sunk into an undisclosed loss in the year ended September 2015.

Tiger shared that loss with Mr Kirubi, pulling its after-tax profit down to R942 million (Sh7.5 billion) from R1.8 billion (Sh14.3 billion) the year before.
Haco immediately fired executives associated with the financial scam, putting Mr Kirubi who had rooted for Kenyans to retain top management roles at Haco in a tight spot.

The executives were accused of overstocking major distributors to create the impression that they had met their performance targets. The consistent fraud scheme is believed to be the reason behind termination of the deal even though Kirubi is floating the lie that he bought back the shares. Kirubi mismanagement is attributed to the fall of big companies as Uchumi,KENATCO and has been described as a scheming businessman. The South African partners opted out before the entire house could be brought down with fire which has been his trademark in key companies he has run.

How The Future Of Social Media Marketing Is Going To Be