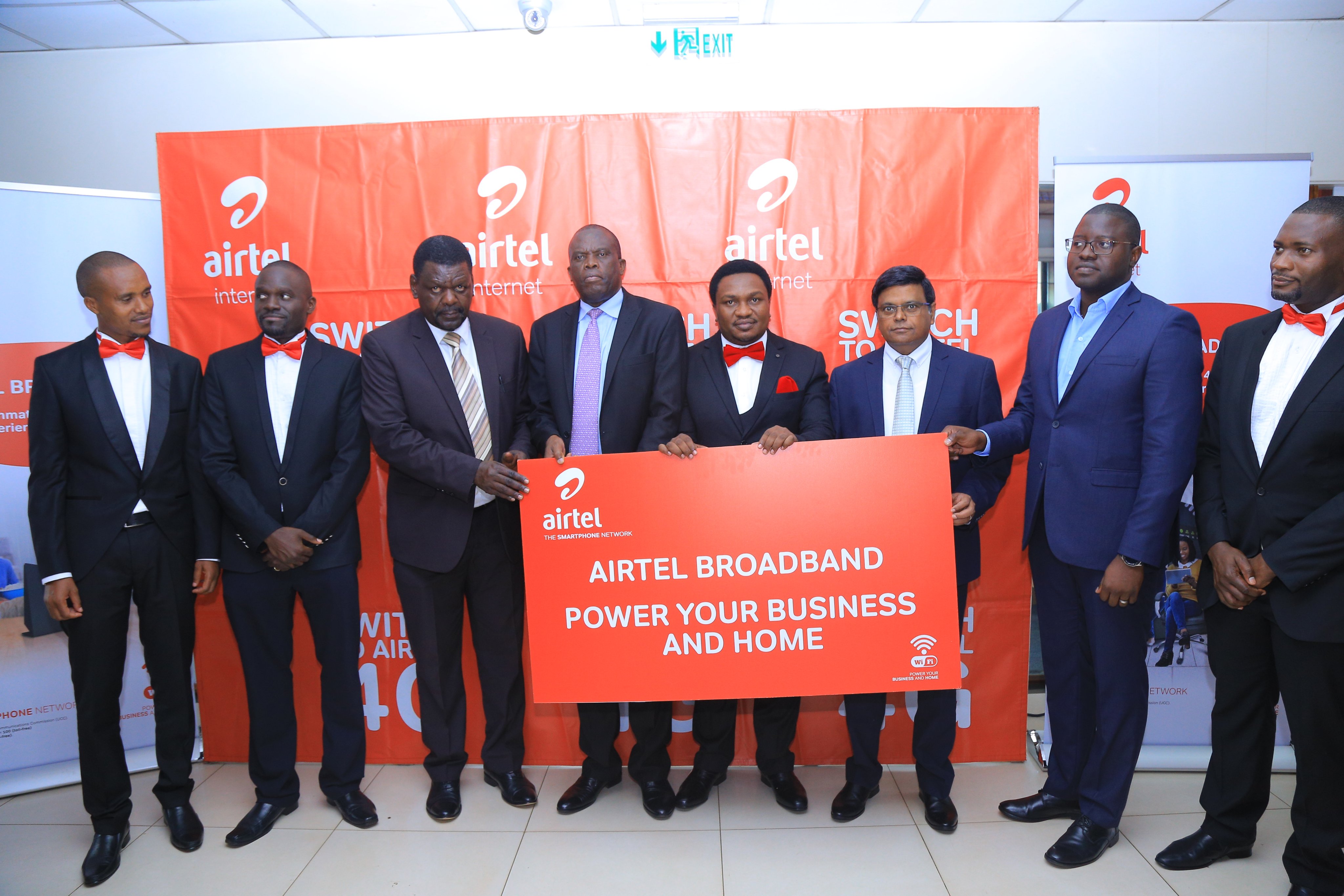 India’s Bharti Airtel owned Airtel Uganda has rolled out Airtel Broadband, a product that will see its Ugandan consumers buy 1GB of data bundle at UGX1500 equivalent of Ksh41.

The Airtel broadband that is now on shelves in Airtel authorized vendors and stores goes for UGX280,000 (Ksh7,800) with free 51GB valid for a month. Customers can recharge with Ksh41 per 1GB data.

“Early this year, we made Uganda 100% 4G. We went on to introduce new and transformed technologies like the 4×4 multiple input, multiple output (MIMO).Today we decided to go a step further to introduce fixed data or for homes and businesses,” said Airtel Uganda managing director VG Somasekhar.

“The product comes with an outdoor unit that ensures you have strong wifi signals and an indoor unit to to ensure that your devices receive strong, uninterrupted signals.” Brenden Kachenje, the General Manager Airtel Broadband said

“Many countries are now using e-commerce to do business. Consumers can purchase anything 24/7 from wherever they are. This innovation by Airtel is not only a great push towards economic development, but what’s happening with the rest of the world is so fast that if we don’t take this approach we shall be left behind. Airtel Broadband is a start in that direction,” State Minister for Trade Werikhe Kafabusa.

Issa Sekitto the spokesperson of KACITA says, "I can tell you that as Airtel you have won the hearts of my members. Whether you are in a garage, office or downtown, the first thing a small holder businessman will ask is whether you have an Airtel facility. " pic.twitter.com/G6aIKtJd4m

"The implication of this new product is that I am saving at least UGX 2200 on every GB. Whoever brings a service that helps people save is delivering relevance. As KACITA we would like to pledge our support for this and all the other services you've provided," he said

Cheap data in Uganda comes as a song to deaf ears to Ugandans who still have to pay a daily tax of Ugh200, an equivalent of Ksh6, to use online platforms including Facebook, WhatsApp and Twitter as introduced by President Museveni in July this year.

Related Content:  Kenya Joins The Global Community In Data Protection Standards
Kenya Insights allows guest blogging, if you want to be published on Kenya’s most authoritative and accurate blog, have an expose, news, story angles, human interest stories, drop us an email on tips.kenyainsights@gmail.com or via Telegram
Related Topics:Airtel UgandaCheap dataGBMuseveniTax
Up Next

KRA And CAK Scuffle Over Pricing Of Cheap Liquor