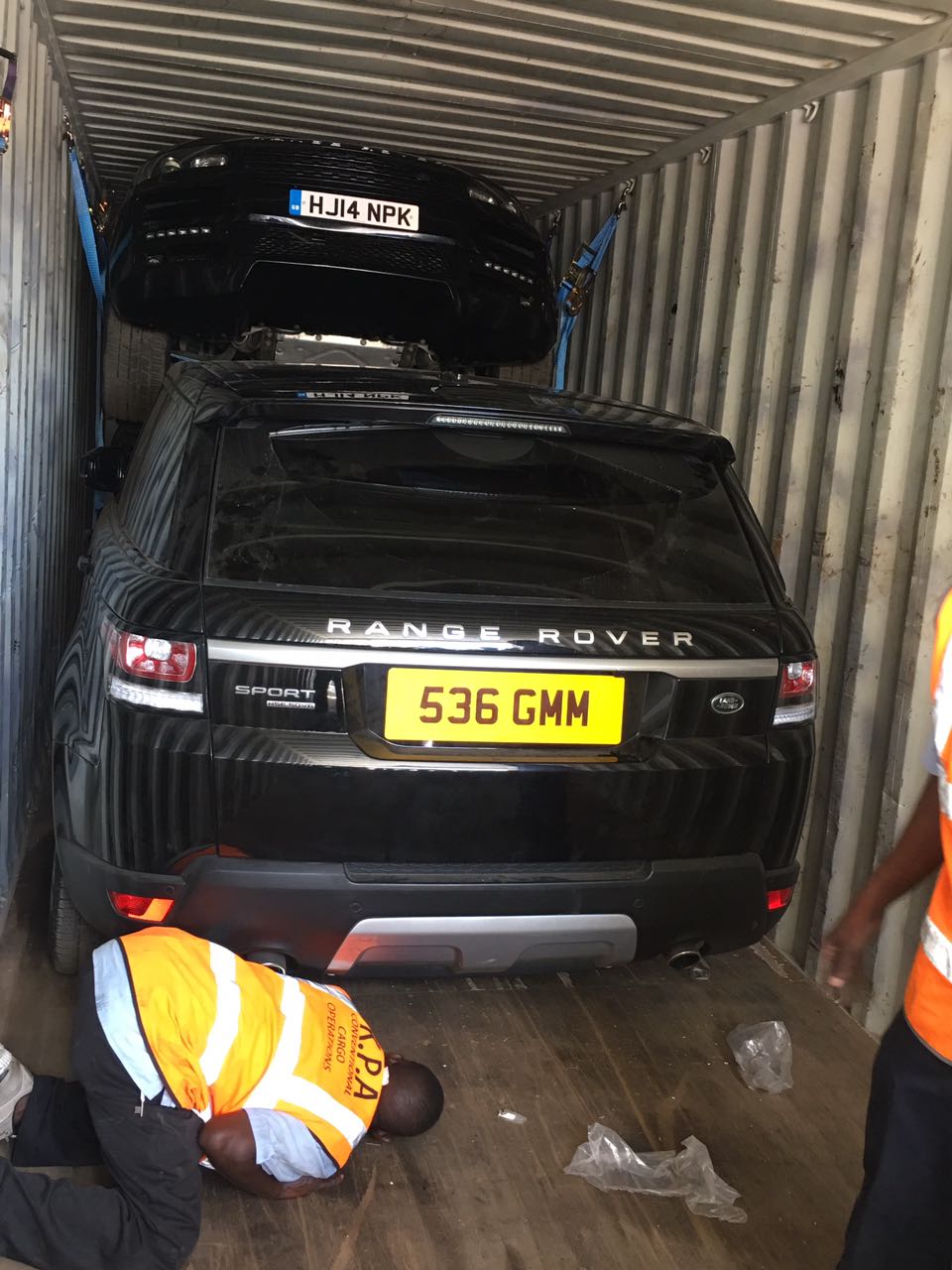 By Nicholas Olambo
The entire month of October has been declared a taxpayers’ month to appreciate every hustler paying the taxman his dues. As KRA (Kenya Revenue Authority) runs this month long futile PR exercise, its rogue officials, cartels and rogue port officials are in bed.

Just yesterday KRA officers impounded two Range Rovers disguised as clothes. As usual, the two high-end cars and six hundred bicycles in a 40ft container were from the UK and destined to Uganda. As usual, they were not declared in an attempt to evade tax. This dirty business is booming under the watch of KRA and may not stop any soon because KRA’s senior officials and government officials are the major beneficiaries.
It’s no longer news that there is a string of cartels that collude with KPA (Kenya Ports Authority) and KRA officials to import big cars into the country fraudulently as goods on transit and evading tax and duty payments in the process. Not long ago, KRA recalled over 120 vehicles which were illegally imported by cartels in Uganda and Britain.

These vehicles that were declared as transit goods to Uganda but ended up in the local market have outstanding tax issues. It’s not a new trend; KRA has been sleeping on the job failing to hit its tax collection target because of its rogue officials who foster these crimes are never seriously brought to book.

George opanga is a KRA official known to be colluding with the cartels, operating alongside businessman Elijah Girimani, these two have been behind a conspiracy to evade tax by procuring uncustomed goods and George fraudulently messing up with KRA’s Simba online system. They are being put in and out of custody, delaying justice because they have ‘stolen’ enough to hire canning lawyers.

Related Content:  After Stealing Sh180M From The Youth Fund, Bruce Odhiambo is Back Again With Another Scheme

The courts are also big obstacles to bringing these criminals to face justice through serious punishment. KRA is on record pleading with the courts to deny the accused bails as they are flighted risks and their associates are being tracked by investigators.
They are the brains behind the importation of stolen luxurious cars, registration without payment of requisite tax like they did in July in respect to a Range Rover at JKIA customs warehouse. The dirty deal saw the taxman lose over six million shillings.

Girimani who denies all the charges brought against him is one unscrupulous businessman who procured uncustomed goods having knowledge that import duty amounting to over Shs 4.5 million had not been deposited at National Transport and Safety Authority offices in Upper Hill.

Officials that cause the taxman these millions of losses are simply arraigned in court then given small bails, literally some mean cash that they pay and walk free. KRA staffers, Benard Ong’ayo, Nicholas Ambala and Fredrick Mwendia have been charged with conspiracy to evade payment of duty.

The racket that was launched in February is lenient, failing to net the cartels. They continue to operate as anonymous because some of them or their clients are high and mighty in the government. Water CS Eugene Wamalwa is a known beneficiary/ victim of the complicated KRA tax evasion syndicate.

His Range Rover that was that was deregistered was among the over 120 vehicles that were recalled by the tax agency. A whole cabinet minister who should be leading by example had his luxurious car, Range Rover V8 model (made in 2015) operating with a fake plate belonging to an Isuzu truck.

Vehicles stolen in the United Kingdom find their way into the Kenyan market through these dirty deals, Eugene’s Range was imported as house hold goods, in fact, cushions and couches. Nothing has been done to him. The lame excuse is blamed on faceless cartels as KRA hides in the desperate statement that some buyers are innocent customers. They simply lack guts to go for the big fish.

Tax evasion is a serious crime but the taxman only works round the clock to fleece the straining Kenyan any penny in his pocket. Now they are targeting to tax the shs 200 you send to your mother or your girlfriend via M-pesa and leaving the war on cartels unfinished. They claim to be interested in playbills/ till numbers.

M-pesa is registered, and the records are there to show all the transactions, KRA should go for the banks like Equity staff stationed in Namanga and other suspected banks like Cooperative Bank of Kenya, Commercial Bank of Africa and National Bank of Kenya that collude with cartels. Clearing and Forwarding firms and people in business like Anthony Maingi of Helix Company and Nelson Mugo Mwanzia of Excess Luggage Ltd for fraudulently conspiring or evading tax and duty payments.

Kenya Insights allows guest blogging, if you want to be published on Kenya’s most authoritative and accurate blog, have an expose, news TIPS, story angles, human interest stories, drop us an email on [email protected] or via Telegram
Related Topics:CorruptionInvestigationsKPAKRATax
Up Next

NYS Fraud: Could Waiguru Be Innocent And Ruto Guilty, We Archive Jacob Juma’s Take On The Billion Heist