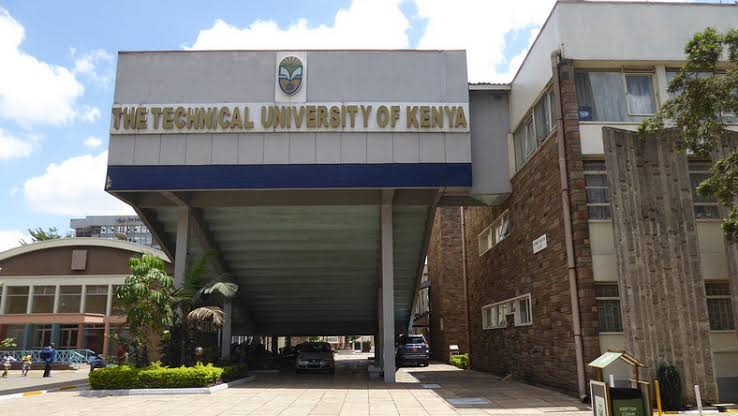 The Technical university of Kenya in Nairobi Photo|NMG

Drug addiction and unprotected sex under the influence has hit its rise in Nairobi’s University and Colleges.

Cocaine, marijuana, crack and blue tabs have high consumers in schools. A lot of comrades are active drug users and addicts.

We have received information from our sources about the increased cases of illegal drug use and prostitution in Nairobi’s Technical University of Kenya.

Suspended students from TUK and expelled comrades of TUK have turned to biggest drug peddlers in the institution.

These former TUK comrades are peddling cocaine and marijuana inside the technical university of Kenya.

The illegal business happens behind Block Q~ which the majority know it as Block Z.

They link up with former TUK comrades behind block Z for cracked cocaine from South B.

These peddlers are said to be mixing marijuana and cocaine. A mixture that is highly effective and dangerous for your health.

With other selling crack blue tabs and rolled cocaine to unsuspecting Students.

This has been the main cause of rise of drug addicts in the institution.

Some students are also involved in prostitution behind the same Block Z. Lack of money to buy the hard drugs and some students sleeping around unprotected only to get free cocaine to sniff and smoke because of addiction.

These gang of peddlers operate their illegal business in open daylight. Many and majority of their customers are TUK students.

Student leadership in TUK has raised concerns about the peddlers to the relevant authority.

Some comrades, who are actively in TUKs leadership say that the Authorities are aware of this business and seem to be offering the peddlers ‘protection’.

Current TUK student leaders have called for immediate actions before they take the matter in their hands.

The students leaders have called for ‘Operation okoa block Z’. They’re demanding it to be demolished or put into active use to scare away the peddlers.

They have also blamed the TUK handlers for not involving the police in all this menace happening inside the institution premises.

Kenya Insights allows guest blogging, if you want to be published on Kenya’s most authoritative and accurate blog, have an expose, news TIPS, story angles, human interest stories, drop us an email on [email protected] or via Telegram
Related Topics:cocaineComradesmarijuanaNairobiTUK
Up Next

DCI: We Do Not Require Huduma Namba During The Application Process