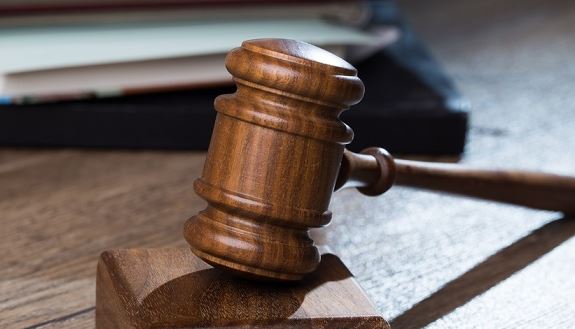 More than 2000 members from Mombasa and Nairobi had filed a suit before the Mombasa High Court Justice PJ Otieno seeking orders to debar trustees of the Kenya Ports Authority Pension Scheme (KPAPS) from transferring management of its multimillion assets worth to Private Real Estate Agents and the planned backdoor sale of KPAPS houses.

“Pending the reference of the matter to arbitration and hearing and determination, a temporary injunction is hereby issued restraining defendants from transferring, alienating, disposing either by public or private treaty the prime properties both movable and immovable assets of KPA pension scheme including houses,” said Justice Chepkwony.

Lady Justice Dorah Chepkwony stated that the matter should be referred to arbitration in terms of Clause 27 of the Trust Deed and Regulation of KPA pension scheme. Lady Justice Chepkwony was issuing an order in the case filed by Bwana Mohamed Bwana, a pensioner who was seeking to stop KPA from selling his house in Nyali.

This cames at a time when more than 2,000 KPA staff members from Mombasa and Nairobi under the scheme had also petitioned the High Court to issue similar orders stopping the KPA-registered trustees from selling their houses to outsiders through Property Agents.

On the 4th of May this year, the scheme directors were preparing to complete the deal with Kikambala Development company when KPA’s Board and Legal Services General Manager Catherine Muthoni Gatere rushed to court and stopped the transaction the next day.

“The said purported agreement for sale is not signed by all trustees as is required by the provisions of the Trust Deed. Neither is it sealed with the common seal of the scheme, which is still in my possession in my office,” she said before Justice Mathew Anyara Emukule.

Pension chairman Harry John Paul Arigi signed an affidavit saying members elected him to protect their interests, hence he has the power to manage it exclusively and independently without any interference from KPA.

The pensioners said registered trustees had advertised for sale of all KPA pension scheme houses stating that the pension scheme took over the management of various houses namely Dedan Kimathi, Nyali, Kizingo, Nairobi, Mwembe Tayari, Mbaraki, Bamburi and others in Nairobi following non-remittance of monies to the scheme by the authority.

“Arising from the agreement, therefore, the scheme assumed the ownership of the property with the staff in occupation becoming its tenants,” read the signatories’ letter to the management.

Kenya Insights allows guest blogging, if you want to be published on Kenya’s most authoritative and accurate blog, have an expose, news TIPS, story angles, human interest stories, drop us an email on [email protected] or via Telegram
Related Topics:High CourtKPAKPAPSMombasaNairobi
Up Next

Rwanda Made Mara Smartphones To Be Availed On Kenyan Market