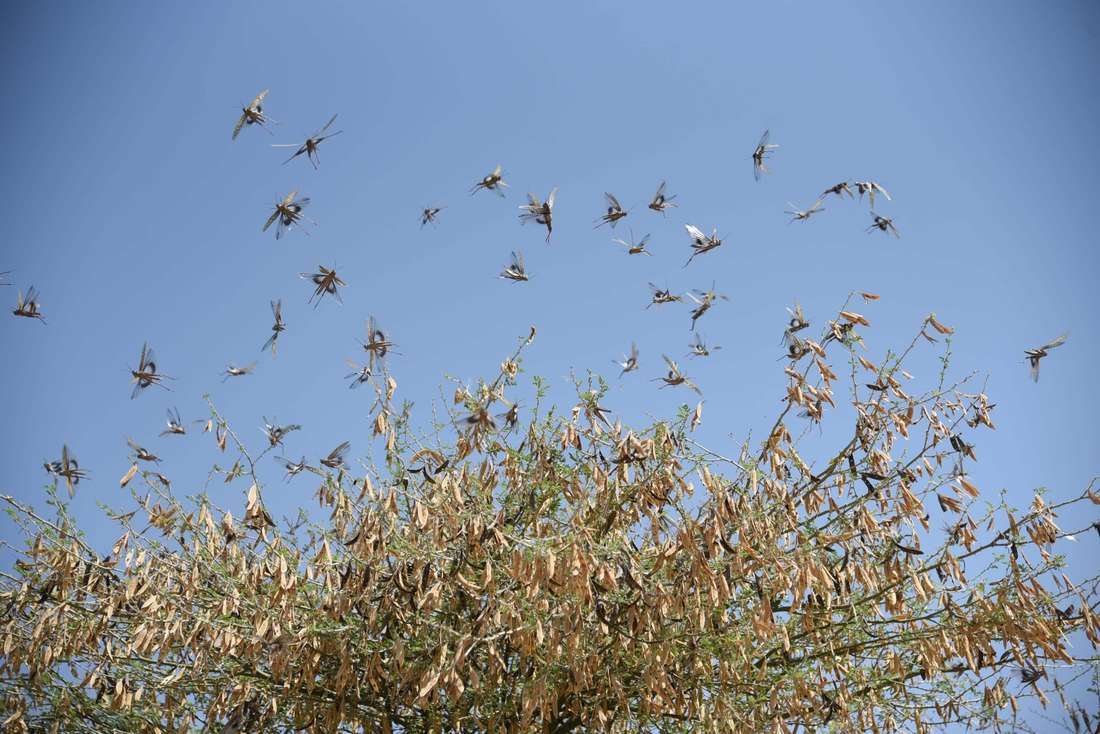 We had highlighted the struggle to eradicate the deadly locusts here, Why We Can’t Eat Out The Locust Menace

The outbreak, which is affecting the Horn of Africa, Southwest Asia and the Red Sea, is the worst of its kind in 25 years for Ethiopia and Somalia – and the worst Kenya has seen for 70 years. The impacts in these countries are particularly acute as pastures and crops are being wiped out in communities that were already facing food shortages.

The US$10 million allocation from the UN’s Central Emergency Response Fund will go to the UN’s Food and Agriculture Organization (FAO) and fund an increase in pesticide aerial spraying operations which, given the scale of the current swarms, is the only effective means to reduce the locust numbers. 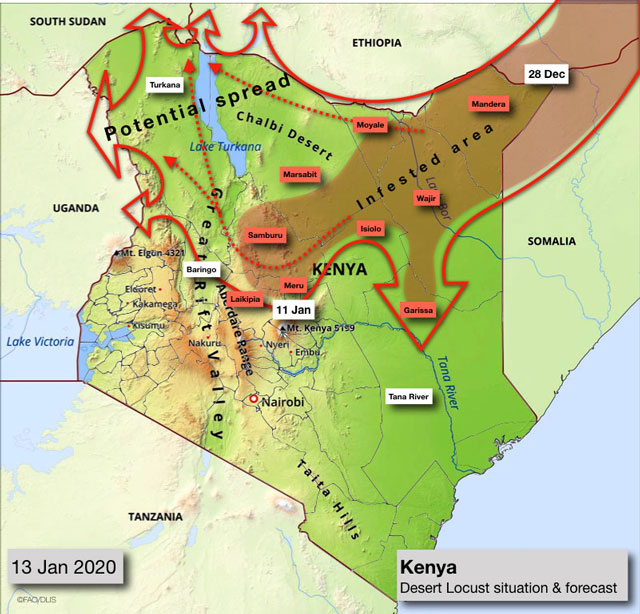 “This devastating locust outbreak is starting to destroy vegetation across East Africa with alarming speed and ferocity. Vulnerable families that were already dealing with food shortages now face the prospect of watching as their crops are destroyed before their eyes. We must act now. If left unchecked, this outbreak has the potential to spill over into more countries in East Africa with horrendous consequences. A swift and determined response to contain it is essential. This allocation from the UN Central Emergency Response Fund will fund a massive scale-up in aerial operations to manage the outbreak.” Secretary-General for Humanitarian Affairs and Emergency Relief Coordinator Mark Lowcock said

In Kenya, which was hit by back-to-back droughts and then floods in 2019, the past week has seen a significant and extremely dangerous increase in swarm activity, and eight counties are now affected.

Related Content:  Why We Can't Eat Out The Locust Menace

In Somalia, tens of thousands of hectares of land have been affected in Somaliland, Puntland and Galmudug (Mudug), and mature swarms are present in the Garbahare area, near the Kenyan border. Meanwhile, recent weather in East Africa has created conditions that support rapid locust reproduction.

Today’s allocation comes from the UN’s Central Emergency Response Fund, Established by the UN General Assembly in 2005 as a global fund ‘for all, by all’, CERF enables timely, effective and life-saving humanitarian action supporting UN agencies and others to kick-start or reinforce emergency response across the world, which provides rapid funding in response to sudden-onset or rapidly deteriorating crises and is designed to grow into a $1 billion-a-year emergency relief mechanism.

Additional reporting by The Independent

Kenya Insights allows guest blogging, if you want to be published on Kenya’s most authoritative and accurate blog, have an expose, news TIPS, story angles, human interest stories, drop us an email on [email protected] or via Telegram
Related Topics:Desert locustsHumanitarianUN
Up Next