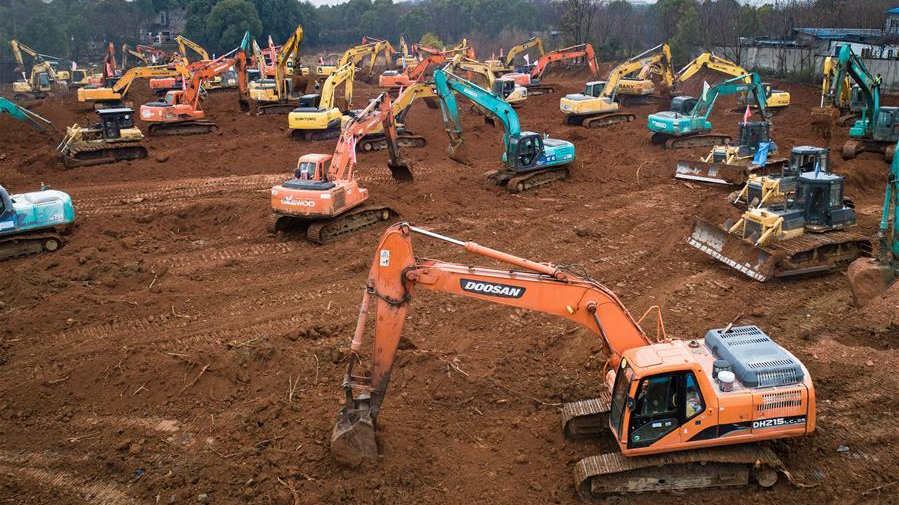 A new hospital will be built in a period of six days in Wuhan as China responds to the coronavirus, local authorities have announced.

The new facility will be equipped with around 1,000 beds and will help prevent a strain on infrastructure in the city and help better quarantine patients.

Photos of construction on the site have since been released to show the unprecedented pace and seriousness as to how the situation was going to be approached.

China’s political system allows for greater resolve and scope in decision-making processes, which can, in times of emergency, supersede conventional bureaucratic hurdles without issue, allowing faster mobilization and response.

A hospital built in Beijing under similar circumstances in response to the SARS outbreak in 2003 is proof of that. About 4,000 people worked day and night to build the hospital that included an X-ray room, a CT room, an intensive-care unit, and a laboratory. The building allegedly broke the world record for the fastest construction of a hospital.

“It’s basically a quarantined hospital where they send people with infectious diseases so it has the safety and protective gear in place,” Joan Kaufman, lecturer in global health and social medicine at Harvard Medical School, told the BBC.

The new coronavirus has killed 56 people and infected at least 1,975 more in the country. the virus is now making headlines around the world but the first hint of the outbreak came on December 31

Health authorities around the world are taking action to prevent a pandemic as more countries report cases.

Kenya Insights allows guest blogging, if you want to be published on Kenya’s most authoritative and accurate blog, have an expose, news, story angles, human interest stories, drop us an email on tips.kenyainsights@gmail.com or via Telegram
Related Content:  Kasarani: A Woman Hacks Husband Strangles Two Children Before Committing Suicide
Related Topics:
Up Next