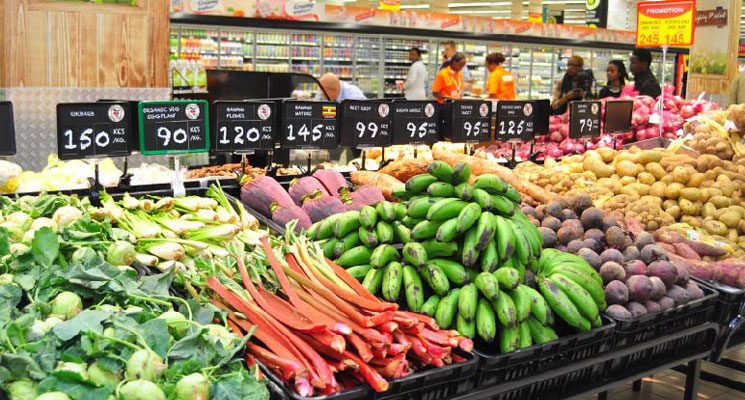 Millions of Kenyans go hungry while tones of the country’s food stocks rot away, an environmental lobby group has claimed. Greenpeace Africa have stated their grievances after a recent global report that ranked the country at position 86 out of 117 countries in the Global Index Report on food security making it among the 50 hungriest countries in the world.

Greenpeace Africa’s Food Campaigner Claire Nasike says this is worrying noting that the problem could have been addressed if the country could have put in place better crop post –harvest handling mechanisms. She claims that much of the food produced in Kenya goes to waste due to poor storage measures leading to loss of hundreds of tons of foodstuffs that could be enough to feed the country for years.

“It is appalling to hear that Kenya suffers from serious hunger when tons of food go to waste due to poor post-harvest handling techniques. Farmers lack proper storage facilities and infrastructure among other challenges. It is disturbing that Kenya’s hunger situation has declined from a global hunger index score of 23.3 in 2018 to 25.2 in 2019’’, said the official through a press statement.

The organization has now called upon the Government to institute proper mechanisms to address post-harvest losses adding that lack of enough and nutritious food is a key contributor to underdevelopment in many third world countries.

Nasike has similarly asked the new Agriculture Cabinet Secretary Peter Munya to prioritize food production as is listed in President Uhuru Kenyatta’s Big Four Agenda. “To boost domestic food production, the Ministry needs to ensure that farmers have access to proper and timely information on the weather patterns, efficient storage facilities, access to markets, and adequate water during dry periods and access to indigenous seeds that are well adapted to the local climate,” she added.

Munya was appointed to the Agriculture docket on January 14 2019 following the sacking of his predecessor Mwangi Kiunjuri.

Greenpeace has also urged Kenyans to instead consume indigenous food that have been recently found to offer more nutritious benefits and safeguard against new lifestyle diseases.

While congratulating Munya on his the appointment last week, the organization’s Senior Political Advisor Frederick Njehu said the new CS should bring hope to the millions of farmers who have almost given up after many years of mismanagement of the sector due to ruthless cartels and middlemen.

Njehu says Munya’s entry into the Agriculture sector brings with it an aura of synergy and expertise evidence from Munya’s sterling performance in the Agriculture docket while serving as governor between 2013 and 2017.

And early this month Machakos County Executive Committee (CEC) member in charge of Agriculture Urbanus Wambua Musyoka cautioned farmers against selling their maize crop after harvest as a cushion against hunger in the event the long rains fail.

Musyoka instead urged farmers to dry their harvest and preserve it in well ventilated stores as they wait the dry spell when they can sell it at a profit.

Musyoka who was addressing farmers in Kabaa sub location, Mbiuni location, Mwala Sub County said following the heavy rains that had been experienced in the area, farmers expect a bumper harvest that was unprecedented in years.

The CEC told farmers the county government was in talks with the National Cereals and Produce Board (NCPB) on how the State can help in the purchase and storage of maize in the county to cushion the residents from unscrupulous middlemen.

In addition the officer advised the maize farmers to ensure they pack their produce in appropriate sacks to avoid them from contamination due to foul weather and pests that could destroy and render the crop unfit for human consumption.

According to the United Nations estimates, Kenya consumes about 46 million bags of maize every year and is the fifth largest consumer of the crop per person after Lesotho, Malawi, Zambia, Zimbabwe, and South Africa.

In 2017 alone, maize production in Kenya stood at 3.19 million tones but has been fluctuating due to adverse weather conditions thanks to effects of global climate change.

And to plug gap the huge the demand for the commodity, the country supplements local production by importing the deficit from the neighboring countries.

Overall the number of people needing relief food increased from 1.6 million in May to 2 million in July last year, according to NDMA