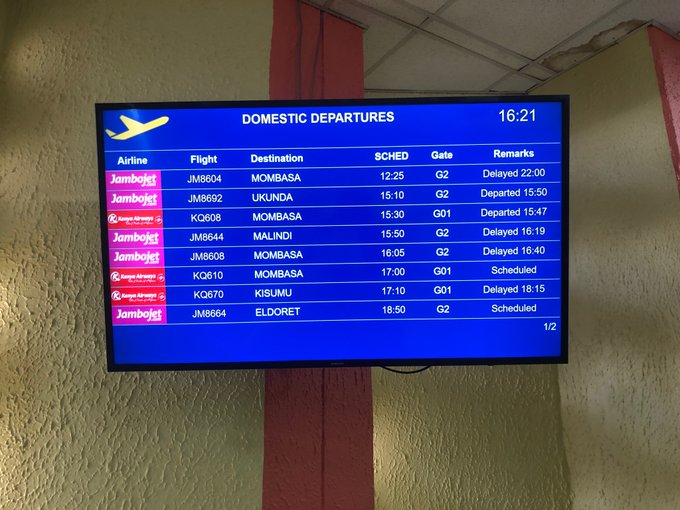 Supposed to be Kenya’s budget airline, Jambojet has over the years met huge backlash as the Alan Kilavuka managed airline has failed to provide quality services to Kenyans particularly. Over the years Jambojet has faced problems with time, delaying flights more occasionally than not, however, allegations of racism that the company is now facing can not be ignored.

On Monday evening at around 1700 hrs, in a classic case of delayed Jambojet flights, flight number 8604 supposed to have left Nairobi at 1000 hrs for Mombasa was still stuck at JKIA, interestingly, white people were quickly separated from the others and assigned to new flights while black folk was told to either wait until the next day or book other flights.

Refuting these claims via their Twitter account Jambojet denied the claims, the reason the flight was delayed was because there was an airplane stuck on the mombasa runway they said;

There was a huge delay for Mombasa flights because an aircraft was stuck on the runway in MBA. We were not given clearance to fly. We have priority of how to re protect passengers. Starting with families with kids. We have never discriminated any of our passengers. ^fk

The reply, however, sparked even more backlash as passengers who had undergone the same treatment took to social media to lament. One twitter user, Mitchelson claimed the fact that Jambojet said their priority to protect passengers starting with families with kids was a blunt lie as there was still families with kids not fend to as early as 0500hrs.

We later discovered we were like 20 passengers stranded in the Friday 5 am morning cold, mothers with kids, the elderly, etc.
Worst of all was that not even a verbal apology was given for leaving before scheduled time.

By 2100hrs Monday, no white person on flight 8604 remained at the JKIA, they had all been hived off to other flights, countless black folk was still tweeting from the cold floors.

Related Content:  NCIC Report Show The Kikuyu Community Dominates The Employee Composition of All Commissions in Kenya From IEBC to EACC 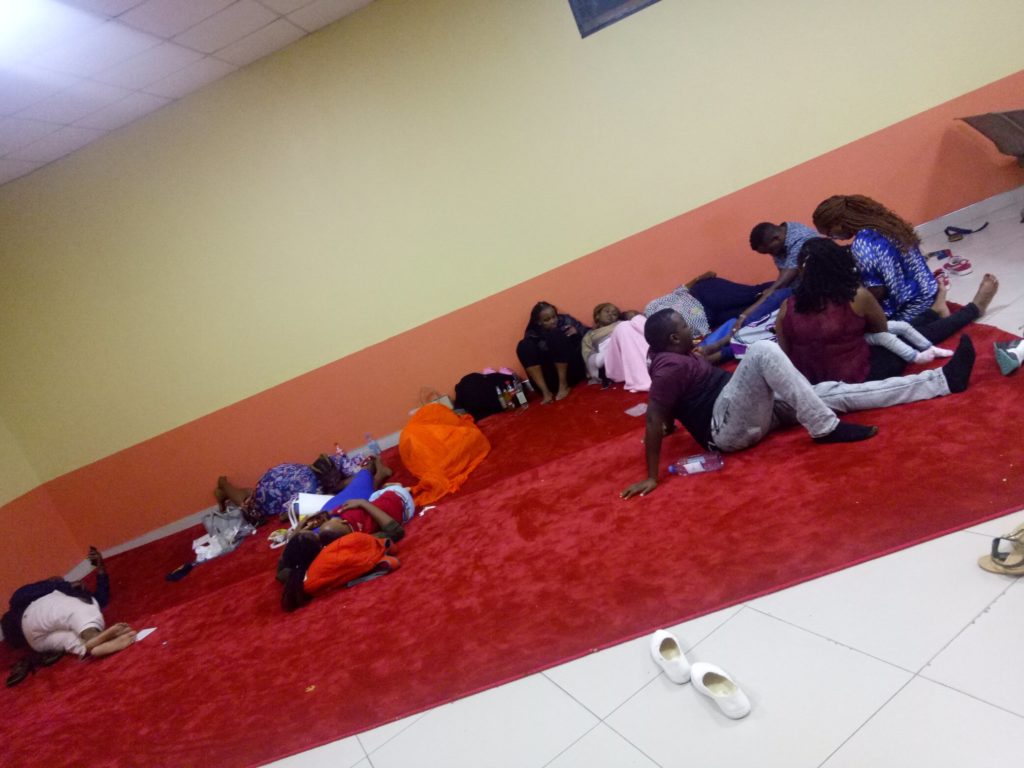 Here are some of the passengers remarks during the whole ordeal:

Yes delays do happen but 12hrs….. And the flights behind us are priotized more than the people who have stayed there for hours and hours and hour's?? Then you sneak the whites and the likes to board other flights???? Just SHUT UP ALREADY

@FlyJambojet trying to sneak white people into a @KenyaAirways flight while parents with children and elderly people are waiting. Can’t wait to have them pay for this level of negligence. Wakili ni mimi

When an entire brand lies to look good on social media while it’s passengers are on the floor, then there is a problem. All whites have boarded while Kenyans sleep on the floor? https://t.co/ZhFwd87jwR

The level of deals to be snuck into flights weh. They lied from 10 abt a military operation, then Said the captains are too tired to https://t.co/VX532zsUGG it’s technical issues. Kids being given crisps as food, babies being changed on the floor. Flight scheduled to 10pm https://t.co/zT6k4M7mvH

The story has sparked debate on the racism issue in the country, apparently during the festive season the favouritism when you have lesser melanin is rampant.

The @FlyJambojet story reminds me of an encounter last week in Masai Mara when I ordered food and was told to wait while they prepared. A few minutes later a white guy comes in, gets served my food and I have to start a new wait. Kenyans are racist as fuck!

Countless allegations from countless people can’t be ignored, the sad state of affairs at the airline meant to cater for the more common Kenyan should be taken seriously. In a public airport, events such as yesterday’s clearly take us several steps behind.I don’t see why there are still cases of privileged skin color in 2019

Related Content:  Kenya’s Plan To Fight The Spread Of Coronavirus
Kenya Insights allows guest blogging, if you want to be published on Kenya’s most authoritative and accurate blog, have an expose, news, story angles, human interest stories, drop us an email on tips.kenyainsights@gmail.com or via Telegram
Related Topics:
Up Next

Police To Use Chopper Surveillance To Monitor Major Highways