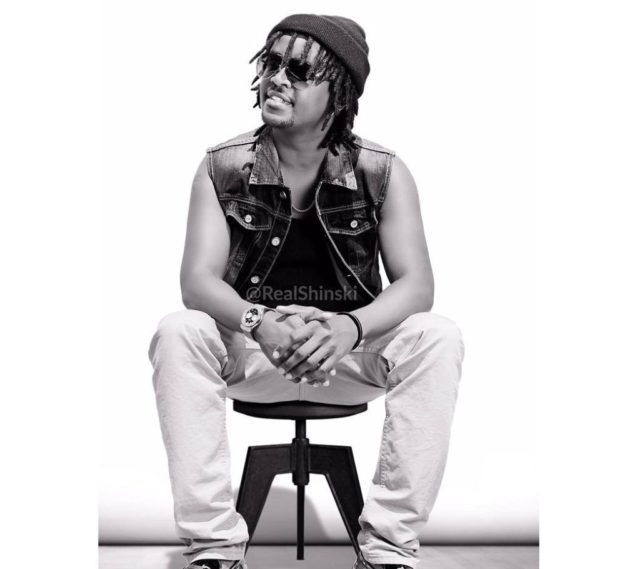 When out of idea rappers are bleaching others beefing online, the king of rap Nyashinski is reclaiming his spot and bringing life to Kenyan music again.

Recently the rap world witnessed baby fight between Octopizzo and Khaligraph who made a pop diva move. Khaligraph bleached or lightened his dark skin. The move created a small and lame debate that was not musical. Anyway, that is what average rappers do, they never stop ranting about their lyrical prowess, being theatrical and arguing over non issues.

There are good rappers out there who haven’t been given critical plaudits to their level but every dogg, underdog or underrated has his day. These should be the realest. Real rappers serve no baseless beefs or pop diva moves but good music. Nyashinski, formerly of Kleptomaniacs trio does just that.

After being away for nearly a decade, Nyash made a comeback but mostly singing, the rap world thought he had gone soft despite churning out three consecutive hits including what should be best gospel track of 2016 ‘Mungu Pekee’.

But being that guy who seems never to be arriving at any dilemma in his career for any reason he went back to spank the butts of sleeping rapper shaking the entire Kenyan hip-hop scene. Thanks to his fare share of props, this guy has technical prowess that is an irrefutable fact that puts him at par if not way above any other revered great.

Nyash from the start of his career has managed to stay focused, he was never overshadowed by any member of his group, he never had label dramas, jail and drug problems that has consumed great talents like Kantai and Kalamashaka’s Johnny Vigeti. This is what it takes to be the bold guy behind ‘Aminia’, one of the greatest hip hop singles to bless the game this year.

When all the guys he competed with are ‘deadmen’ now, Nyash remains the last man standing. His former rivals like Bamboo, Chiwawa and the rest must be loving behind closed doors now. Bamboo made the same move, went abroad for a period of time but just came back a shell of himself. Chiwawa is struggling to make a comeback with some Kapuka joint, the same sound he got recognized for criticizing.

Love it or hate, Nyash is now the talk of town topping singers and rappers in secular and gospel sides of the game. He is not just a rapper with good melody; he is still technically skilled like he was in Bado Niko and Tuendelee classic. He is still abled to effectively indulge rage, satire, power, passion, bravado and yes, leadership. Kenyan music must be rising from the death bed courtesy of Nyash, lazy rappers and scandalous artists, Djs and media can now give us a break with excess Naija, we got game too.

Kenya Insights allows guest blogging, if you want to be published on Kenya’s most authoritative and accurate blog, have an expose, news TIPS, story angles, human interest stories, drop us an email on [email protected] or via Telegram
Related Topics:Arts & CultureEntertainmentNyashinki
Up Next