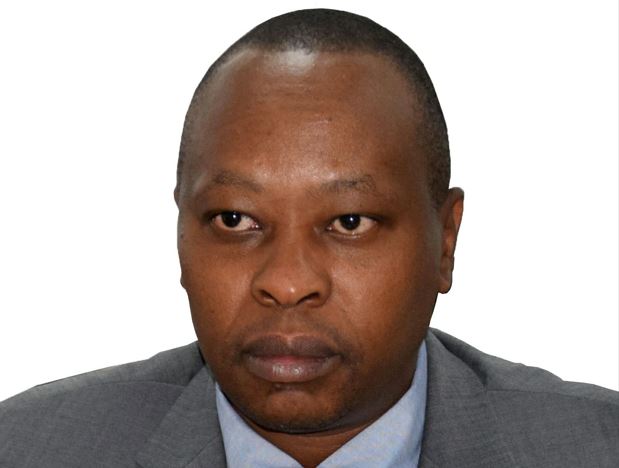 If there’s anything that the Transport and Infrastructure Cabinet Secretary James Macharia has delivered perfectly well on that it must be shameless, consistent tribal appointments. Macharia has made sure that the top posts in the transport docket are occupied by his tribes mates and in his head only Kikuyus are the most qualified to hold such positions, don’t get me wrong, nothing tribal in this argument but Macharia’s madness must be called out.

Barely two weeks since the Employment and Labour Relations Court overturned the appointment of three board members of the Nairobi Metropolitan Transport Authority (NAMATA) citing ethnic dominance, Macharia is back at it again in KeNHA.

In that particular ruling, Justice Nzioki wa Makau said the appointment of Mary Chege, Zachariah Mungai and Ronald Ndegwa on February 5 was “unconstitutional, unlawful and thus void ab initio for the wanton disregard to the national values espoused in the Constitution.”

“The interested parties subject of this suit (Chege, Mungai and Ndegwa) are all from one ethnic community and do not represent the diverse fabric that is the Kenyan nation. Their appointment therefore smacks on the evils of old which Kenyans opted to do away with in the Constitution we took on for ourselves in 2010,” Justice Makau ruled.

NAMATA is tasked with among other things the oversight of an ambitious Sh5.6 billion Nairobi Bus Rapid Transit (BRT) system which is part of an initiative to ease traffic congestion in the capital.

The Law Society of Kenya, the petitioner, had argued that the appointments of Chege, Mungai and Ndegwa were made in violation of key tenets of law including public participation.

The petitioner also told the court that the appointments failed to conform to Article 10 of the Constitution on national values and principles of governance which include social justice, inclusiveness, equality, transparency, accountability, human rights, non-discrimination and fair administrative action.

LSK further argued equal rights – including the right to opportunities in the political, economic and social spheres – guaranteed to all citizens under Article 27 were infringed.

On Friday, Macharia was back to his usual colors, Engineer Kungu Ndungu of Road Asset and Corridor Management in Kenya National Highway Authority (KeNHA)  was appointed to his new role as Director-General.

In a statement on Friday, October 8, CS James Macharia noted that the new director was picked after a competitive recruitment process carried by the board.

“We are confident that Eng Ndungu will continue to building organisational capabilities, accountability and successful business delivery at KeNHA,” part of the statement read.

This comes following the expiry of the former acting director Eng. David. A Muchilwa service contract after his appointment to substantially fill the vacancy on July 31, 2021.

Appointment of Ndungu came at a backdrop of intense lobbying in controlling the lucrative docket that is marred with corruption and scandals from kickbacks. Many senior engineers feel the process was flawed and Ndungu was the least qualified candidate.

“CS Macharia must never be allowed to DESECRETE the engineering profession! We the professionals have upheld without defeat the highest integrity values in honor of this sacrosanct profession! Please stop using strange excuses to perpetuate tribalism in this profession!” Eng. Omari Harrison said.

“At KENHA (a young kikuyu engineer, Kungu Ndungu-a toddler professional by all accounts,has ‘beaten’ all competitors to emerge top & therefore he’s the new DG!!!The previous DG was also a Kikuyu! In this honorable profession, CS Macharia should stop the naked tribalism!”

Another source talking to Kenya Insights confided, “Kungu Ndungu was the least qualified engineer at KeNHA. He doesnt have a masters in Engineering and his degree is being contested in court. He was appointed due to kickbacks he was sending up. Notably in the Dongo Kundu projects, the roads have deteriorated and retention walls collapsed due to coners being cut. Now kickbacks coming through from Fujita corporation building phase 2 via Machiri. Once Kungu Ndungu was transferred to Nairobi, Machiri received contracts for Expressway where Ndungu was in-charge.”

Kenya Insights has also learnt of a scandal that was roped in during the lobbying for Ndungu to take over the DG’s position.

At this point in line with tribalism at KeNHA, the board’s chairman is also a Kikuyu, Eng. Wangai Ndirangu, so you can imagine the combo of top most management officials coming from the same tribe and we’ve not even touched base on the directors. Back to the story.

About a month ago in the heights of intense lobbying for Ndungu, Eng. Wangai Ndirangu and Eng. Kung’u Ndung’u organized two covert retreats for friendly road contractors in Nairobi and Mombasa whereby it’s alleged a hefty amount of money was collected from the contractors to go to some unknown course, bearing in mind that a succession process was ongoing, your guess is as good as mine. It is understood that contractors were promised unwarranted access to lucrative contracts under the leadership of the new DG. We also understand that the “Wangai-Mundinia team” had the full backing of Infrastructure CS James Macharia.

The team roped in the services of a powerful and influential Office of the President Principal Administrative Secretary (PAS). The Mathioya-born man is feared for his ruthless efficiency in bulldozing and having his way concerning state appointments, his influence dates back to President Mwai Kibaki’s days, he is known as Mr Fix-it by his OP peers.

The outgoing Ag DG Eng David Muchilwa had vested interests that raised eyebrows. Never in the history of the country has an outgoing head of a government agency or department developed such overt interest in who succeeds him. However, our investigation has confirmed that a trail of blatant theft, open corruption and tribalism in the hiring of staff characterized the tenure of the outgoing holder of the office of DG at KeNHA. Souses say the outgoing DG is determined to ensure he’s properly covered by his successor; Eng. Ndung’u incidentally, was the outgoing DG’s preferred natural successor.

Francis Gitau was seen as the tip candidate but was slammed by board over conflicts. Investigations have established that Gitau was a board member at KeNHA until the DG position fell vacant. Gitau is among the directors who invented the intent for the vacant DG position.

About the KeNHA Board

It consists of representatives from LSK, ICPAK, Surveyors of Kenya, Transporters Association, and representatives of the Ministry of Infrastructure, Finance, Lands and Housing, and OP.

Ndirangu is the third KeNHA Chair, after Engineer Erastus Mwongera and Annah Muriithi.

Ethnic musical chairs at KENHA. MR President, this is one shameful action.

You need to immediately reverse what has been done at KENHA.

Kenha has been synonymous with graft scandals running into billions and with the loose ends, people fight blood and sweat to be on the lucrative table filled with buffet of kickbacks.

Other key transport dockets being held by Kikuyus courtesy of Macharia’s open tribalism.

Kenya Insights allows guest blogging, if you want to be published on Kenya’s most authoritative and accurate blog, have an expose, news TIPS, story angles, human interest stories, drop us an email on [email protected] or via Telegram
Related Topics:Kenya National Highways Authority (KeNHA)Kungu Ndungu
Up Next

At Rwanda’s Favorite Bars, Forget the Beer: Milk Is What’s on Tap