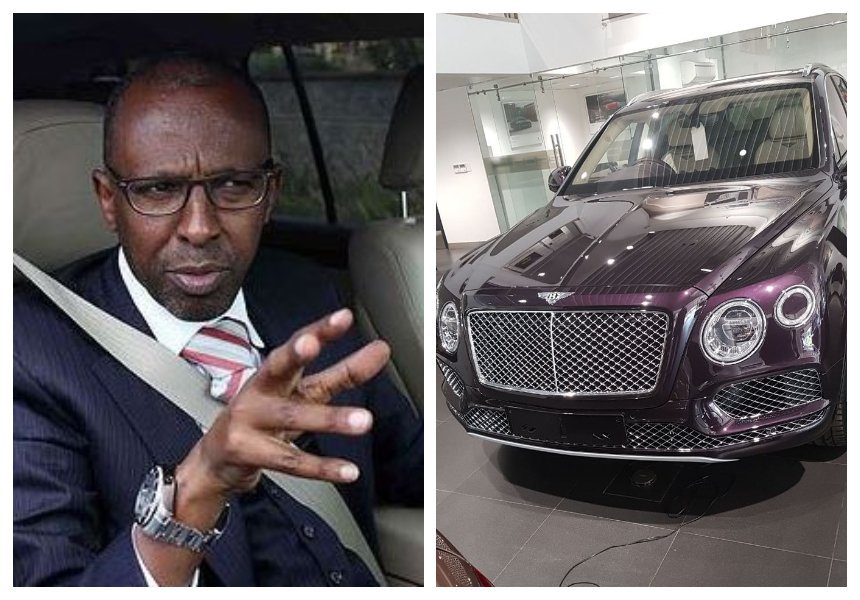 The Kenya National Highways Authority will not repair Senior Counsel Ahmednasir Abdullahi luxurious Bentley that was destroyed as he drove alongside Nairobi-Namanga highway.

This is after Kajiado High Court judge set aside the decision by Commercial Magistrate Court directing KeNHA to pay SC Ahmednasir Sh750,311 damages to repair his car windscreen.

Justice Stella Mutuku quashed the amount saying Ahmednasir failed to table evidence or call a witness to support his claims that indeed his vehicle was damaged as he drove along the busy highway that links Kenya-Tanzania.

“It is my determination that this appeal succeeds and is hereby allowed. The judgement of the learned magistrate dated August 6,2020 is hereby set aside”, ruled Judge Mutuku.

Justice Mutuku said the agency owes a duty of care to road users and should warn road users when carrying out repairs.

However, it is a requirement of the law that the one alleging must present evidence to prove that he did travel to Arusha and that his vehicle was damaged as claimed.

Kenya National Highways Authority (KeNHA) through lawyer Christian Andole had appealed against the decision made by Kajiado magistrate arguing that the court placed the burden of proving that the incident did not happen.

KeNHA argued that the trial Magistrate

SC Ahmednasir sued the agency for negligence after the windscreen of his Bentley Bentyaga was damaged by a stone at a section of the Nairobi-Namanga highway, which was undergoing repair by workers contracted by the agency.

“No one else, other than the respondent, is aware that he was travelling to Nairobi from Arusha on the 30th August 2018. The exact location of the accident is also not known,” the judge said adding that the senior counsel mentioned that the incident happened somewhere between Kajiado and Isinya.

In his suit, Ahmednasir claimed the workers failed to put up appropriate signs warning motorists of danger on the stretch of the highway that was being re-carpeted. A shrapnel hit the windscreen of his car shattering it as he drove back to Nairobi from Arusha on August 25, 2018.

He said the agency failed to erect road signs to warn motorists of the ongoing works. The case was based on common law negligence as the agency owes a duty of care.

Senior resident magistrate condemned KeNHA to pay the lawyer Sh750,311 for replacing the windscreen. In the ruling, the court faulted KenHa saying the agency was negligent for failing to put up safety measures such as road signs, to warn motorists of the repairs it was undertaking.

The agency appealed the decision arguing that there was no evidence that the accident happened.

The agency argued that the magistrate erred in law and in fact in holding that an accident damaging the respondent car did occur along Nairobi- Namanga highway.

” When there was no accident report, no OB number, no insurance assessor report, no photographs of the windscreen, no eye witness to the accident and no particulars furnished by the senior counsel of the purported contractors working on the road on the day of the alleged accident to collaborate the allegations by the respondent that his windscreen was damaged by stones as a result of the appellant negligence”, submitted KeNHA.

They further argued that the magistrate by holding that the accident and or damage to the Ahmednasir car did occur in contradiction of his own finding at paragraph 31 of the judgement that the failure by the respondent to report the occurrence of any accident as stipulated by section 73(3) of the Traffic Act raised doubts that the respondent windscreen was damaged by stones along Nairobi – Namanga highway as alleged.

The agency accused the magistrate for failing to appreciate the fact that the effect of his judgement is to aid the respondent to benefit from his (the respondent’s) Criminal conduct in failing to comply with the provisions of section 73 of the Traffic Act contrary to established legal doctrine on role of the courts.

Kenya Insights allows guest blogging, if you want to be published on Kenya’s most authoritative and accurate blog, have an expose, news TIPS, story angles, human interest stories, drop us an email on [email protected] or via Telegram
Related Topics:Ahmednasir AbdullahiKenya National Highways Authority (KeNHA)
Up Next