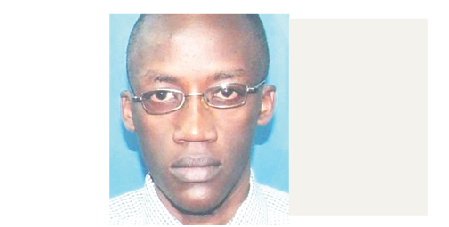 A junior accountant working with Ministry of Environment and Forestry will not be able to access Sh22.4 million suspected to be proceeds of crime.

This is after High Court freezed Sh22.4 million belonging to finance official Samuel Kariuki Njoroge suspected to have been stolen from the government.

“An order be and hereby issued prohibiting the Samuel Kariuki Njoroge ,his agents, servants or any other persons from withdrawing, transferring, disposing or in any other way dealing with the funds in the bank account described here under to enable EACC to complete its investigations before instituting recovery proceedings”, Judge Ogemba ordered.

The commission through investigating officer Juliet Kavala told the court they are investigating allegations of embezzlement of public funds, and abuse of office Njoroge at the Ministry of Environment and Forestry.

According to court documents, Most of the funds were sent to his Equity bank account on claims of imprest for the purchase of snacks at the ministry.

EACC told the court that there is reasonable suspicion considering Njoroge’s salary, the credits into his bank accounts are disproportionate to his known legitimate sources of income, and have been obtained through corrupt conduct.

“It is reasonably suspected that the credit deposits are proceeds of corruption which are public funds which monies is amenable to forfeiture to the State and the Commission is apprehensive that Njoroge, in light of the on-going investigations, will in the intervening period withdraw, transfer, disposing money in order to defeat the course of justice, before the Commission has completed its investigations and commenced recovery proceedings, unless the Orders sought are granted”, Investigator told the court

Court documents further reveal that Njoroge joined the ministry in January 2018 as a finance officer with a salary of Sh32,000 and before that, he was working at an non-governmental organisation earning a net salary of Sh27,000.

And apart from his salary, the official has allegedly received large sums of money from his employer.

Evidence presented in court shows that he opened the bank account on August 21, 2009, which he uses to receive his salary. His net salary was Sh42,246 as at March 2022.

The account has received a total of Sh79.7 million in the said period and now has a balance of Sh22.4 million.

He received imprest of Sh3.9 million between March 2019 and March this year described as money for the purchase of snacks.

In March this year for example, he received Sh485,000 for purchase of the snacks but the money was never withdrawn from his account.

IO told the court that investigations by the Commission are likely to take some time given the time period for which the investigation is being carried on, the colossal amount of funds involved or the multiplicity of transactions and the possible numerous iiiegai acts or offences involved.