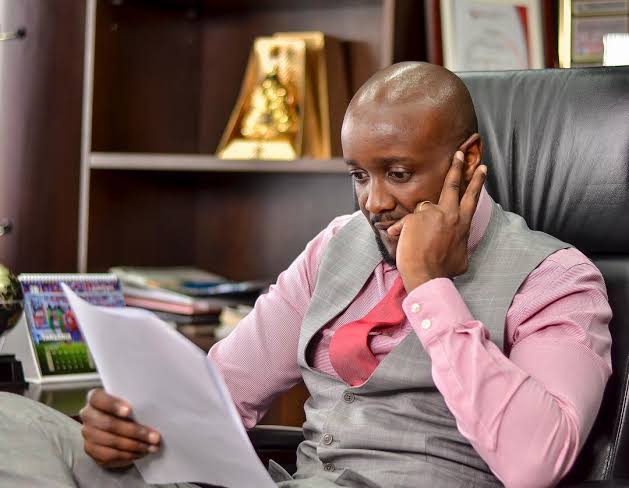 Problems continues to follow Betin Kenya which despite affirmation of tax compliance was the first betting firm to have their accounts frozen by the state on accusations of non-tax compliance by the KRA.

Tax collector accuse Betting Firms of owing up to Sh200B in what prompted a crackdown on the firm’s. Last week, the government went ahead with the threat and froze pay bill numbers of betting firms including Betin and Sportpesa both of whom have now gone to court to challenge the State’s decision.

The companies insists that they’ve complied with all the tax obligations terming the state’s move as blackmail. Now they want the government to compensate for the betting losses incurred during the period that their accounts have been frozen.

Betin Kenya would like to express its disappointment in the recent actions taken by BCLB with the respect to blocking of our payment systems and would like assure all customers that there deposits are safe. pic.twitter.com/LcO6rQWEmR

According to reports, SportPesa has sued seeking compensation for the days it has been out of business after the government ordered Safaricom to stop processing payments for sports betting companies.

The betting firm and its rival Betin Kenya say the July 12 switch-off of its M-Pesa pay bills and SMS short codes are illegal because they both have court orders allowing them to continue operating despite being denied licences by the State.

Both firms want the suspension of their payment systems lifted and the chairman and top executives of Betting Control and Licensing Board (BCLB) jailed or fined for ordering the switch-off despite the court order.

Related Content:  Things You Didn’t Know: How Much Your Kanyan Bank Charges You Yearly To Keep Money With Them

They also want the court to quash a notice issued by BCLB to Safaricom that disabled their SMS short codes and M-Pesa paybills.

We are committed to our customers and we are working tirelessly to ensure our services are restored. We will continue to update you as information becomes available. #SportPesa #MakeItCount pic.twitter.com/nguHteHc8m

The two firms, which are among the biggest in the sector, were among 27 firms whose betting licences had not been renewed, pending the outcome of an inquiry on suitability to operate. The gaming companies largely rely on Safaricom’s network to take bets, communicate with users and process payments through paybills.

In the past weeks, Betin associated with Gamcode Ltd has been struggling to stand on its feet and continuously giving its customers affirmations despite them complaining of being unable to receive betting wins which was attributed to government’s move to freeze their accounts citing non-tax compliance.

Samsung Partners With Microsoft To Knock Out iPhone’s Market Dominance

Choppies Stores Are Shutting Down Across The Country