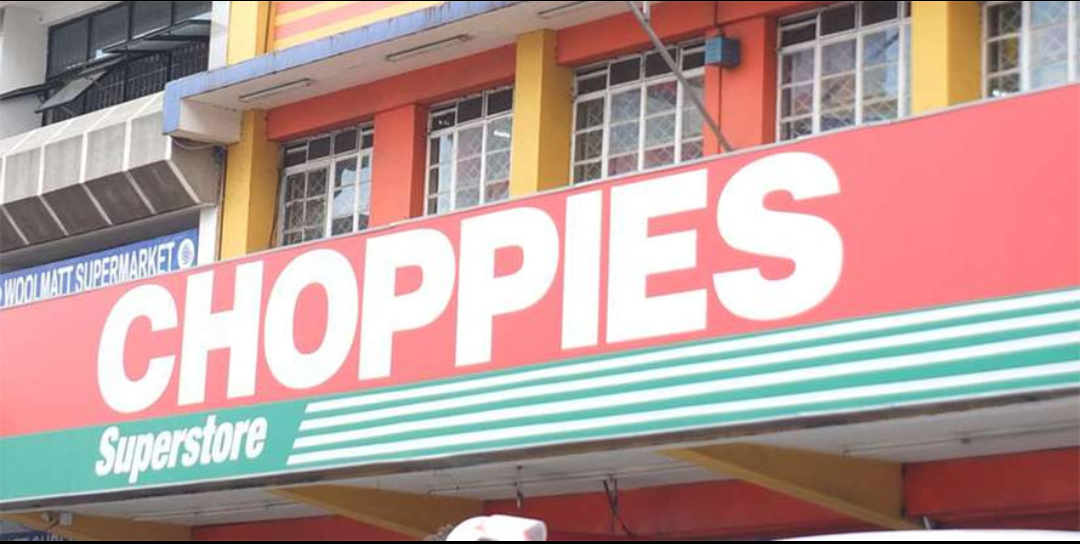 A file photo of one of Choppies Store Photo|BD

Choppies supermarket has shut down its Kiambu town branch just days after the retailer closed the Bungoma outlet.

The Botswana owned retail stores were closed owing to stock shortage and debts.

The developer said that was arrived at due to financial difficulties around Nakumatt, a similar fate now suffered by the Botswana retail chain.

Early last year audit reports after closure of debtridden Uchumi and Nakumatt revealed massive revenue losses adjudicating to infighting at the management level, as it is with Choppies Management in Botswana.

The retail’s other outlets across the country are also dangling with empty shelves.

Kisumu, Nanyuki, Embakasi and Mombasa road branches are at the edge of closure.

Chopies has six, all struggling, branches in Kisumu city and eight others spread across Nakuru, Kisii and Kericho.

“Choppies workers have not been paid in full to date. They have also failed to pay suppliers for a while now and this explains the closure of some branches and empty shelves on others. The supermarket is now dealing with similar issues faced by Nakumatt and Uchumi,” said Kenya Union of Commercial, Food and Allied Workers (KUCFAW) Secretary General, Bonface Kavuva.

Choppies are barely 4 years old, they ventured into the country by taking over Ukwala Supermarkets in 2016.

Choppies troubles blew up in 2018 when Botswana Stock Exchange (BSE) and Johannesburg Stock Exchange halted the trading of its shares over the retail’s failure to release financial results for the year ended 30 June 2018.

The retailer has since been facing innumerable challenges with the latest being the suspension of its CEO Ramachandran Ottapathu.

Earlier in March, the board announced that the company would embark on legal and forensic investigations and would follow its recommendations which saw Ramachandran fired in May.

The retailers stores operating in the new markets are down to 212 from 260.

Kenya Insights allows guest blogging, if you want to be published on Kenya’s most authoritative and accurate blog, have an expose, news TIPS, story angles, human interest stories, drop us an email on tips.keny[email protected] or via Telegram
Related Topics:Choppies SupermarketsNakumattUchumiUkwala supermarkets
Up Next