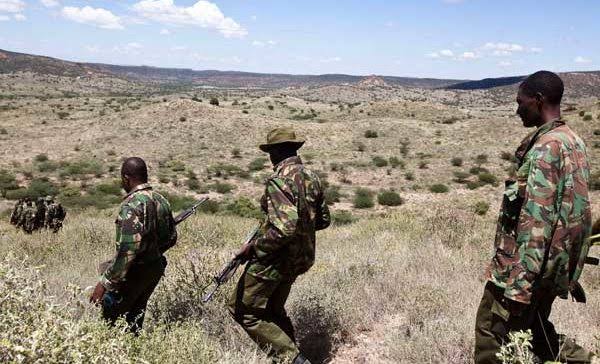 It looks like a land-grabbing culture in Kenya has been taken a notch higher! Our defence (KDF) forces are bogged down in a legal battle with Jewel Complex over Sh2.8 billion prime land in Nairobi’s Roysambu.

Jewel Complex Limited petitioned National Assembly’s Land Committee stating that KDF and the General Service Unit (GSU) cops have grabbed their land. According to Jewel ltd, they had paid Uchumi Sh330 million as a deposit for the two-acre land valued at Sh2.8 Billion.

Jewel states that it developed an interest in LR No 5875 and LR No 23393, which it established belonged to Kasarani Mall Limited, a subsidiary of Uchumi Supermarkets Limited. Uchumi accepted an offer by Jewel to purchase the land at Sh2.8 billion, subject to its terms and conditions. 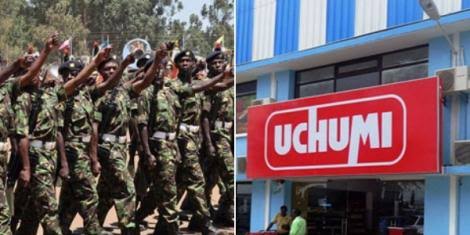 According to the letter signed by Uchumi’s chief executive Mohamed A. Mohamed, Jewel was also to pay 20 per cent as deposit in an Escrow account and proof that they can complete the remaining balance.

However, it has emerged that the crippled Uchumi had initiated amalgamation process for the two properties and that a new LR No 25544 had been issued for the two titles. An agreement of sale was entered between Kasarani Mall Limited and Jewel Complex Limited on September 20, 2018.

“Jewel is an interested party in this matter as purchaser of LR No.5875/2 and 23393 as consolidated into LR No: 25544 and any determination of the issue before the committee touching on the aforesaid land will directly impact on its rights to property, having committed a substantial amount of money by way of deposit,” said Jewel Managing Director Boniface Maina.

Jewel wants the Racheal Nyamai-led National Assembly committee to declare the property theirs.

“We want this committee to establish that the land which we have already paid Sh330 million be declared as our property,” Mr Maina told the committee.

Maina, who had accompanied his lawyer Cecil Miller, ranted that the company followed every set step with Lands Registry. Jewel paid the deposit to Messrs Hamilton Harrison and Mathews Advocates pending completion of the sale. The Sh330 million was financed by Equity Bank.

According to Maina, Jewel had inquired from the Ministry of Lands and Housing why the military had taken over the land it was buying and had already entered an agreement but was informed that the matter was before Parliament.

“The Roysambu KDF Camp is on the Ministry of Defence land; the issue of laying claim to a military camp does not arise. The onus is on the claimant to provide evidence,”  KDF spokesperson Colonel Paul Njuguna refuted claims that the land was owned by any other party in his response.

Kenya Insights allows guest blogging, if you want to be published on Kenya’s most authoritative and accurate blog, have an expose, news TIPS, story angles, human interest stories, drop us an email on [email protected] or via Telegram
Related Content:  MultiChoice Kenya Fraud Case Stalls Again
Related Topics:jewel estatesKDFUchumi
Up Next