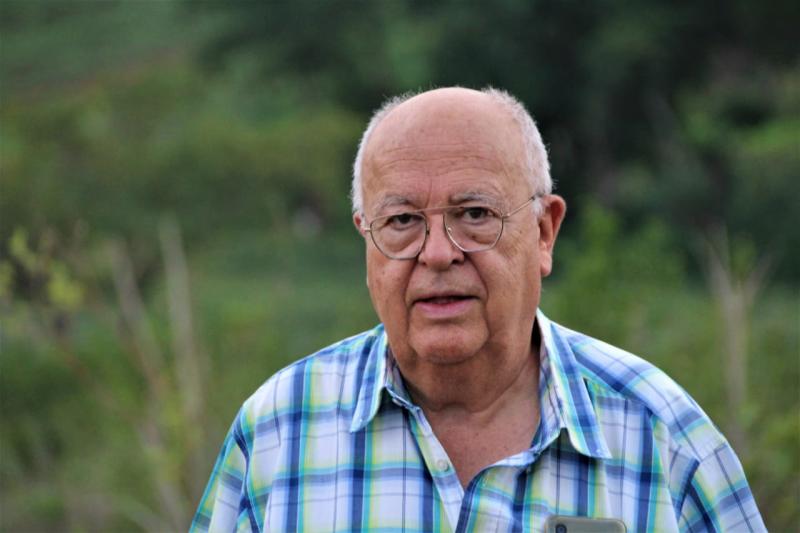 All was well for Jean Francois Damon, 72, as he enjoyed his stay in the country having invested over Sh200 million in Soysambu Conservancy.

An optimistic Damon arrived in the country in 2006 and negotiated a lease agreement with the Delamere Estate Limited to establish the Sleeping Warrior Lodge under Mawe Mbili Company Ltd.

His ex-wife, Jacqueline Mack, was a shareholder in the company that managed the exclusive lodge.

All was well between the two as construction of the the hotel began in 2008 and was completed three years later, and operations began.

Business at the lodge that was located in the heart of Soysambu Conservancy was booming until September 2015, when Jacqueline filed for a divorce at the Naivasha Law Courts.

She claimed that their marriage had irretrievably broken.

Naivasha Chief Magistrate Kennedy Bidali granted the divorce and with a stroke of the pen, the two lovebirds who were married in France on June 29, 1974, in accordance with the French law in the town of Hall of Lassay Sur Croisne, were divorced.

However, in the middle of the divorce proceedings, Damon’s troubles began when he was arrested on allegations of sodomy.

The charge sheet read that he sodomised JLL on December 26, 2013, at Lee Rose Brothers estate in Gilgil.

And on August 14, 2015, Damon was arrested by CID officers from Naivasha. He was told that a warrant of arrest had been issued against him over allegations of sodomy.

The charge sheet was registered on September 23, 2015, but Damon was absent.

However, contrary to the charge sheet, JLL in his statement recordedat Naivasha police station said that he was raped on December 24, 2011. 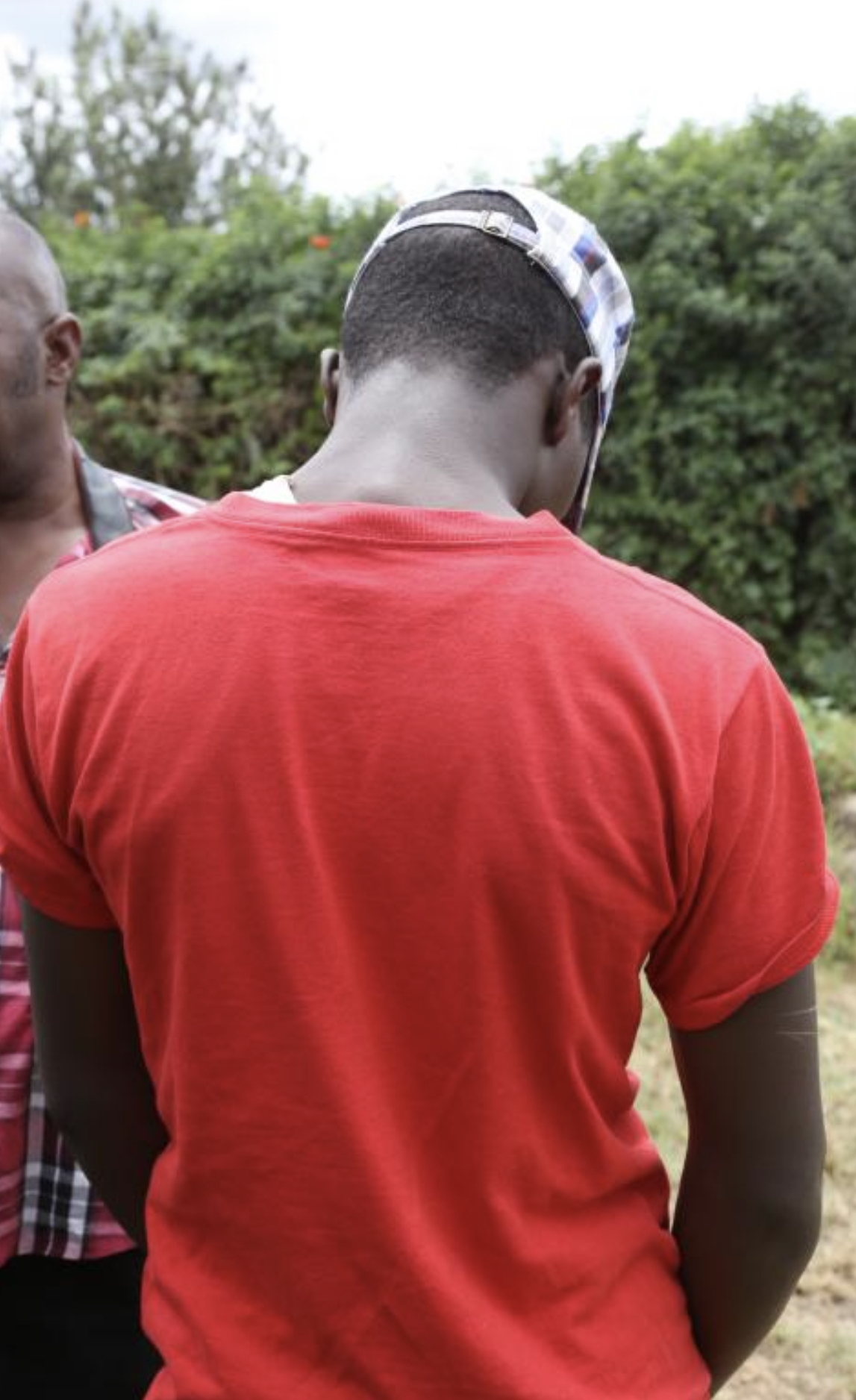 20-year-old man John Lempoe confessed he was being sodomised by Jean-Francois Damon.

After spending one night at the Naivasha Police station, Damon was asked to pay Sh140,000 as cash bail.

On August 17, he went back to the police station with an alibi, the ex-Manager Mawe Mbili Company, Lawson Kinayia, who recorded a statement with CID indicating that Damon could not have raped anybody on the date indicated on the charge sheet because he was busy at the lodge and was with him all day with a large number of guests just after Christmas.

In September 2015, Damon, convinced that he was framed, filed a suit challenging his prosecution.

He argued that his constitutional rights had been infringed but Judge Christine Meoli on April 14, 2016, dismissed his suit.

Following the ruling, Damon left for France. Between March 8, 2017, and December 2020, Damon was in and outside the country.

In December 2020 while in Kenya, he heard that detectives were looking for him as there was a warrant of arrest.

He presented himself to the DCI in Nakuru, and was taken to court the same evening. He took a plea and was released on a cash bail of Sh50,000.

Damon on December 6, 2020, wrote a letter to the Director of Public Prosecution, Noordin Hajji claiming frustrations and despair from the charges. He noted that the case was withdrawn in September 2016 and his accusers had sworn statements saying charges levelled against him were false.

But detectives in the case had declined to prosecute the case and or close the file despite overwhelming evidence of his innocence.

“I want my freedom back and my name cleared of these false accusations and I know and believe that any reasonable prosecutor looking at the file independently without outside influence will come to a similar conclusion, that the matter is fake,” read the letter.

We’ve established that there were attempts by JLL and his witness to withdraw the statement which failed to bear fruits.

Documents seen indicate that JLL had tried to withdraw the charges and on July 11, 2018, he swore an affidavit. He said that in 2013, he was employed as a guard at the lodge but was dismissed by Damon.

He said upon his dismissal he was approached by Jacqueline, the Manager of Sleeping Warrior Lodge, who offered him a deal.

In the deal, JLL was to record a statement with the police implicating Damon in illicit sexual relations with him and in return he would get his job back.

“Out of desperation and the deep hatred I felt against Damon for terminating my employment, I played along with the wicked plan and proceeded to sign an already prepared statement,” he stated in the sworn affidavit.

He said he sincerely regrets his decision and action of signing the statement and confirmed that Damon was innocent of the charges.

Priston Pushati, a witness in the case, also swore an affidavit stating that Damon was innocent of the charges.

The case was registered afresh in Naivasha with the charge of rape, and an alternative count of indecent act with an adult.

JLL again on February 8, 2021, swore an affidavit seeking to withdraw the case claiming he was married and with a young family.

Damon, through lawyer Charles Langat did not object to the said withdrawal but Senior Principal Magistrate J Karanja sitting in Naivasha on April 22, 2021, declined the request for withdrawal.

“After carefully perusing the said file, I have noted that the complainant in his statement stated that the offence occurred on December 26, 2011 but he reported the same four years later.”

Karuri said JLL’s age had not been conclusively established to be 17 years at the time of the offence since there were conflicting medical reports.

Following the directive by Karuri, the matter was mentioned on July 16, 2021, when the prosecution sought to have the case withdrawn. Damon was discharged.

Kenya Insights allows guest blogging, if you want to be published on Kenya’s most authoritative and accurate blog, have an expose, news TIPS, story angles, human interest stories, drop us an email on [email protected] or via Telegram
Related Topics:Delamere Estate LimitedJean Francois DamonMawe Mbili Company Ltd.Sleeping Warrior Lodge
Up Next