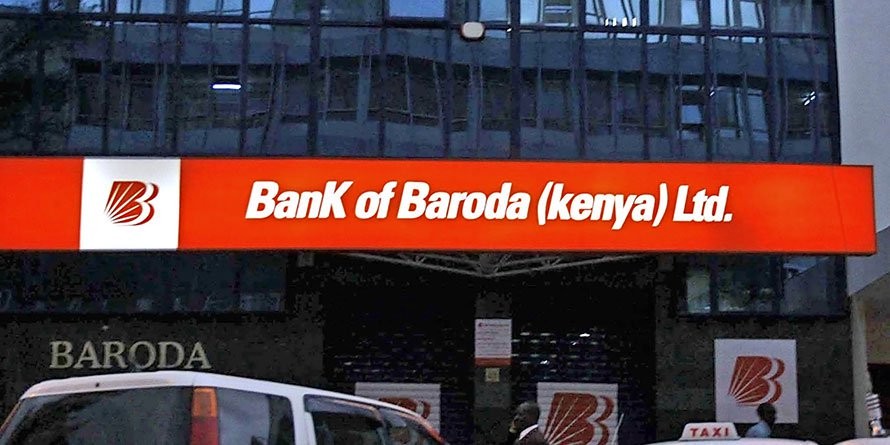 A couple has sued Bank of Baroda (K) ltd for breach of Sh 23 million contract which resulted in the bank selling their land.

Kollengode Lakshminarayan and Anapula Ambikavati wants the court to declare the decision by the Bank to sell and transfer their property to Mary Ndurungi is null and void.

According to court documents, by a letter of offer for banking facility dated 29th November 2013, Bank of Baroda offered to place at the couple’s disposal purchase of the property and home improvement facilities whose details are as set out in the schedule of the subject letter of offer.

The terms loan I facility Sh 22,390,000, loan II facility (fresh) Sh 5,000,000 and all the above facilities were given at the Bank’s and Ndurungi base rate that is 17% per annum and the repayment period was 82 remaining equated monthly installments of Sh 463,410 each for the term loan I and 84 equated monthly installments of Sh 102,180 each to commence one month after first disbursement for the term loan II.

However, the Bank failed, ignored and neglected to disburse the home improvement loan facility for Sh 5,000,000 as mutually agreed and pursuant to the subject letter of offer.

“The terms were secured by way of a charge over Villa No.9116 (I.R 99029) (the suit property) and was mutually agreeable that the suit property would be a continuing security for the payment of all the sums payable to the Bank under the security,” they adds.

According to the couple, the suit had been purchase by the plaintiffs vide an Agreement for sale dated 15th November 2011 for Sh 29,500,000 from Santosh Kumar, Rakesh  Kumar Bahl and Rishi Bahl Verinder (the vendor) and charged to the Bank for Sh 23,600,000 vide charge dated 26th July 2013.

They argue that at the time of the eviction, the plaintiffs aver that they had made regular instalments in loan repayment in the Sh 15,662,310.22.

“It is noteworthy the plaintiffs had paid Sh 7,000,000 as deposit to the vendors following the Bank refusal to finance the plaintiff a 90% of the purchase price as mutually agreed,”  they added.

The couple wants the court to direct the Chief Land registrar at Nairobi land office to rectify the register by cancelling the transfer of the suit property to Ndurungi.

Further, the couple wants the Bank and Ndurungi to be directed to render vacant the possession of the suit property to them.

They also wants general damages awarded for breach of banker, customer duty of care owed to them and punitive aggravated damages against the Bank for acts of unlawfulness.