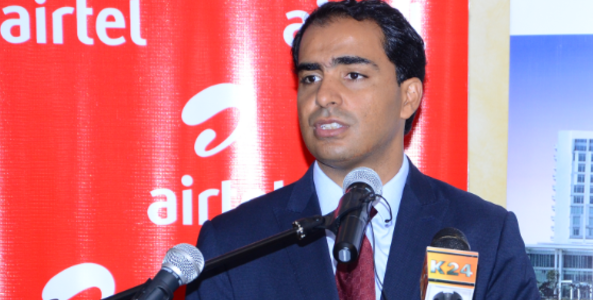 Airtel comes second after Safaricom that commands a 65% market share. The company has been fumbling to sustain stability given dominance by the competitor. Israel has gone through the metamorphosis since entrance in a market. For close to a decade, The company has been fighting to maintain its position in the market with difficulty. Safaricom has been accused of unethical business conduct by using their dominance advantage to make it nearly impossible for rivals to stand firm in the industry.

Airtel has been registering huge losses and now there are credible fears the firm Could Be exiting the hostile Kenyan market made impermeable by Safaricom’s bullying. The company has laid out restructuring strategies including laying off staff.

The Indian-owned firm has just laid off nearly a third of its staff in an alarming hasty move. Sources said the company is sending home 84 workers in this phase. In the past two years, Airtel Kenya, which has about 300 staff, retrenched more than 60. The laying off is to be done in phases, and the staff is worried more dismissal letters would be on the way.

According to Standard’s sources, Airtel has already started off selling its assets as masts in readiness for a market exit. Sources said some departments such as Airtel Money, Enterprises, Customer Service and Sales and Distribution would be merged. The firm is also said to be planning to abandon its warehouses in Nakuru, Kisumu, Eldoret, Mombasa and Nyeri with everyone now being served from Nairobi.

The going has been tough for Airtel which between April and June lost more than 130,000 subscribers. According to data from the Communications Authority (CA), Airtel’s subscriptions dropped from 6,722,412 in March 2016 to 6,588,825 as at the end of June 2016, as the operator relinquished 0.9 per cent of its market share.

Airtel last year laid a good marketing strategy introducing Unliminet that targeted the growing data market and placed it high on the bar. It gained the firm New customers especially the youths. However, they disassembled the initial packages by slashing down it’s elements sending most of the acquired customers to drop it. Will Airtel stand the hit or hit out? Equitel by Equity Bank is being floated as the potential buyer.