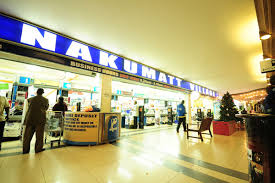 Kenya’s largest retailer Nakumatt has been faced with financial tribulations in the recent past with fears that the Group would shut down it’s doors . It’s not only on Uganda that shelves were empty and the firm not running in its all under one roof theme.Empty shelves sent the red signal that financial incapacitating bug had bitten the luxurious chain of stores.

Nakumatt has now been accorded a credit rating downgrade following a spike in debt level pointing to an increasingly uneasy retail market.

The rating downgrade reflects the notable deterioration in Nakumatt’s credit risk profile. Growth of the business has been highly leveraged, with the ever-growing working capital and capex requirements having been largely funded through short-term debt.

The rating agency noted that Nakumatt debt burden had quadrupled in the last four years to Sh18 billion up from Sh4.7 in 2012 “placing unduly high pressure on the group’s gearing and liquidity position, with funding limits having largely been reached.”

Bad debts led to collapse of Uchumi which as of now waiting for a 500M reprieve from the government to restore operations . Nakumatt is admitting cash crunch and attributes the hurdle to harsh economic factors reigning in the region . The Shah family own the majority stakes and previously with Harun Mwau who gave up his stakes to create space for a foreign investor who remains the oxygen that the ailing store so much needs or we’re soon seeing closed doors and that would be unfortunate to one of the biggest chain store not only in Kenya but EA region. There are rumours in business corridors that Mwau gave up his stake and coukd be eyeing gaining shares in Uchumi which has consistently been killed by gross mismanagement of funds by rogue managers.

Nakumatt you need it, we’ve got it could as well be you need it we don’t have it. That’s if things remain constant.