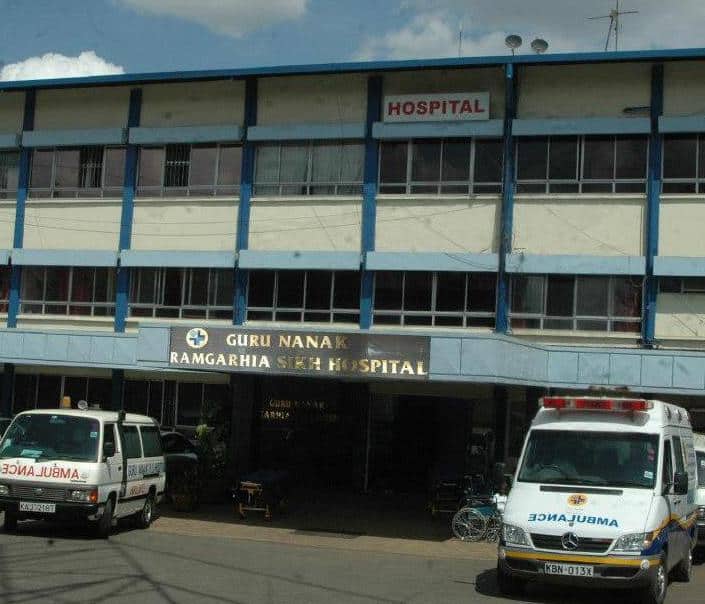 One of the leading hospitals in the country that offers affordable healthcare to thousands of Kenyans has been hit by internal wrangles and a financial crisis that has crippled its daily operations.

Court papers reveal that Guru Nanak Hospital has made losses of at least Sh300 million in the last four years and it’s unable to comfortably pay salaries of key staff, some of whom have opted to sue.

The hospital is owned by the East African Ramgarhia Board (EARB), a religious society that the Sikh community has used to run several social responsibility projects since 1985.

The EARB collects funds from several members of the Sikh community from around the world.

Mr Bilkhu argues that when Mr Jandu took over in 2018, Guru Nanak was operating with a surplus of Sh576 million. In three years, however, the hospital has exhausted its surplus funds and has a Sh300 million loss.

While the High Court has dismissed a case Mr Bilkhu had filed seeking Mr Jandu’s removal, the filed documents reveal that all is not well. Mr Bilkhu argues that Mr Jandu’s continued stay in office could sink Guru Nanak into a deeper hole.

But Justice Anthony Mrima said the High Court could not delve into the dispute before internal mechanisms at EARB had been exhausted.

The judge held that no evidence in the court file suggested that Mr Bilkhu had exhausted internal mechanisms to resolve the dispute.

Neither Mr Jandu nor Guru Nanak defended the suit.

Interestingly, one of the grounds Mr Bilkhu raised in court was that the hospital failed to defend a separate court case, which led to Guru Nanak losing and being auctioned to recover Sh19 million.

The court papers do not, however, give details of the case that led to attachment of the hospital’s assets.

Aside from the Sh300 million loss, Mr Bilkhu argues that Guru Nanak has for the first time in its history been forced to borrow money, which he insists is a sign of mismanagement.

Guru Nanak borrowed Sh50 million from EARB and Mr Bilkhu says the loan was taken without approval through an annual general meeting.

Court papers indicate that the loan could have been taken to pay doctors’ salaries.

The EARB constitution provides that such loans can only be taken after members pass a resolution at an AGM.

“Mr Jandu, after his election, has increased the payroll of the hospital from Sh8 million to Sh12 million and with the benefits amounting to Sh50 million. The radiology department, which was prior to the election of Mr Jandu earning Sh5 million in sales, now makes an average of Sh3 million and its expenses are borne by the hospital,” Mr Bilkhu said in court papers.

“The financial muscle of the hospital has gone down, the hospital cannot pay its suppliers and Mr Jandu has been forced to procure medicine from subcontractors who are charging 10 per cent to 40 per cent more for the same drugs,” he added.

Mr Bilkhu has also accused Mr Jandu of failing to respond to queries by EARB members who are concerned about the hospital’s state of affairs.

He attached as evidence a letter that another EARB member, Mr Jaspal Singh Birdi, sent to Mr Jandu seeking clarification on management issues.

Mr Bilkhu said the secretary-general did not respond to the letter.

Mr Bilkhu also said Mr Jandu was irregularly in office as he had failed to call for AGMs in 2019 and 2020.

Justice Ndung’u held that for the courts to hear such a case, the suing party must apply for exemption from exhausting internal dispute resolution mechanisms.

Kenya Insights allows guest blogging, if you want to be published on Kenya’s most authoritative and accurate blog, have an expose, news TIPS, story angles, human interest stories, drop us an email on [email protected] or via Telegram
Related Topics:East African Ramgarhia Board (EARB)Guru Nanak HospitalJasvinder Singh BilkhuJustice Anthony MrimaManminder Singh JanduSikh community
Up Next