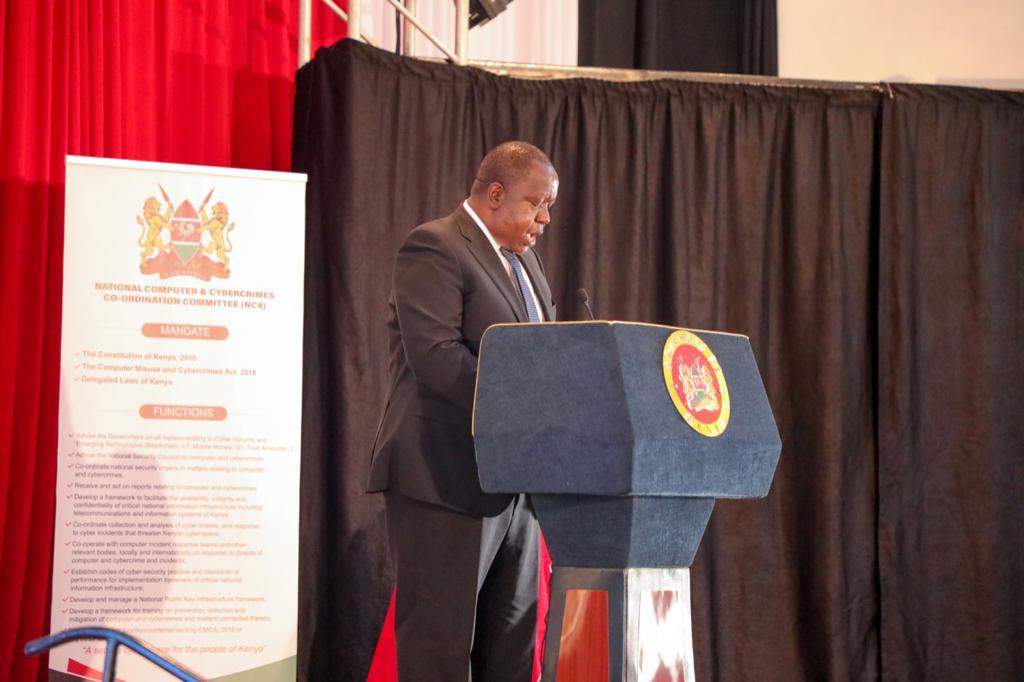 A crackdown against cybercrime and social media bullies has inched closer to reality with the unveiling of the Secretariat to operationalise the relevant law.

The National Computer and Cybercrime Coordination Committee (NC4) will be tasked with consolidating action on the detection, investigation and prosecution of cybercrimes.

Interior Cabinet Secretary Dr Fred Matiang’i said the Secretariat will prioritize the misuse of social media which he described as a major threat to national security and integration.

The CS who officiated the launch of the Secretariat at the Kenya Institute of Curriculum Development said there will be a sustained crackdown against culprits especially in the run-up to the General Election.

“As we approach the general elections, our challenge number one is the misuse and abuse of social media,” he said, adding that digital communication and transactions were a growing reality of the public and private sectors and urged all arms of the government to invest commensurately in relevant training.

He noted that the adoption of technology had also seen steady growth in cybercrime and other digital-driven crimes and challenged the players in law and order sectors including the Judiciary to incorporate digital training within its ranks.

“Nations around the world are pumping resources into research on cybersecurity…Our conflicts are going to move to the Judiciary, and the judges must be capacitated enough to help us resolve them.”

ICT CS Joe Mucheru said the new law was necessary to support the digital economy and called for its stringent application.

“People have been giving public holidays on social media, killing others online, and even publishing content from different countries to mislead citizens. This habit must stop.”

Interior Principal Secretary Dr Karanja Kibicho who chairs the NC4 said the unveiling of the Secretariat will deter rampant abuse and character assassinations on social media.

“The operationalisation of this Secretariat and the law will provide us as a country with a very good foundation to get recourse from those who are hiding behind the keyboard of their phones to commit crime,” he said.

The NC4 was established under the Computer Misuse and Cybercrime Act of 2018 to enable timely prohibition, detection, investigation, prosecution and response to computer misuse and cybercrime.

The Act provides a framework to fight computer misuse and cybercrime by facilitating investigation procedures for local and international cooperation.

It establishes jurisdiction and prescribes penalties for crimes such as mobile money fraud, developing websites to steal people’s information and child pornography among others.

Kenya Insights allows guest blogging, if you want to be published on Kenya’s most authoritative and accurate blog, have an expose, news TIPS, story angles, human interest stories, drop us an email on [email protected] or via Telegram
Related Topics:Computer Misuse and Cybercrime Act of 2018Dr Fred MatiangiGeneral Election 2022National Computer and Cybercrime Coordination Committee (NC4)
Up Next