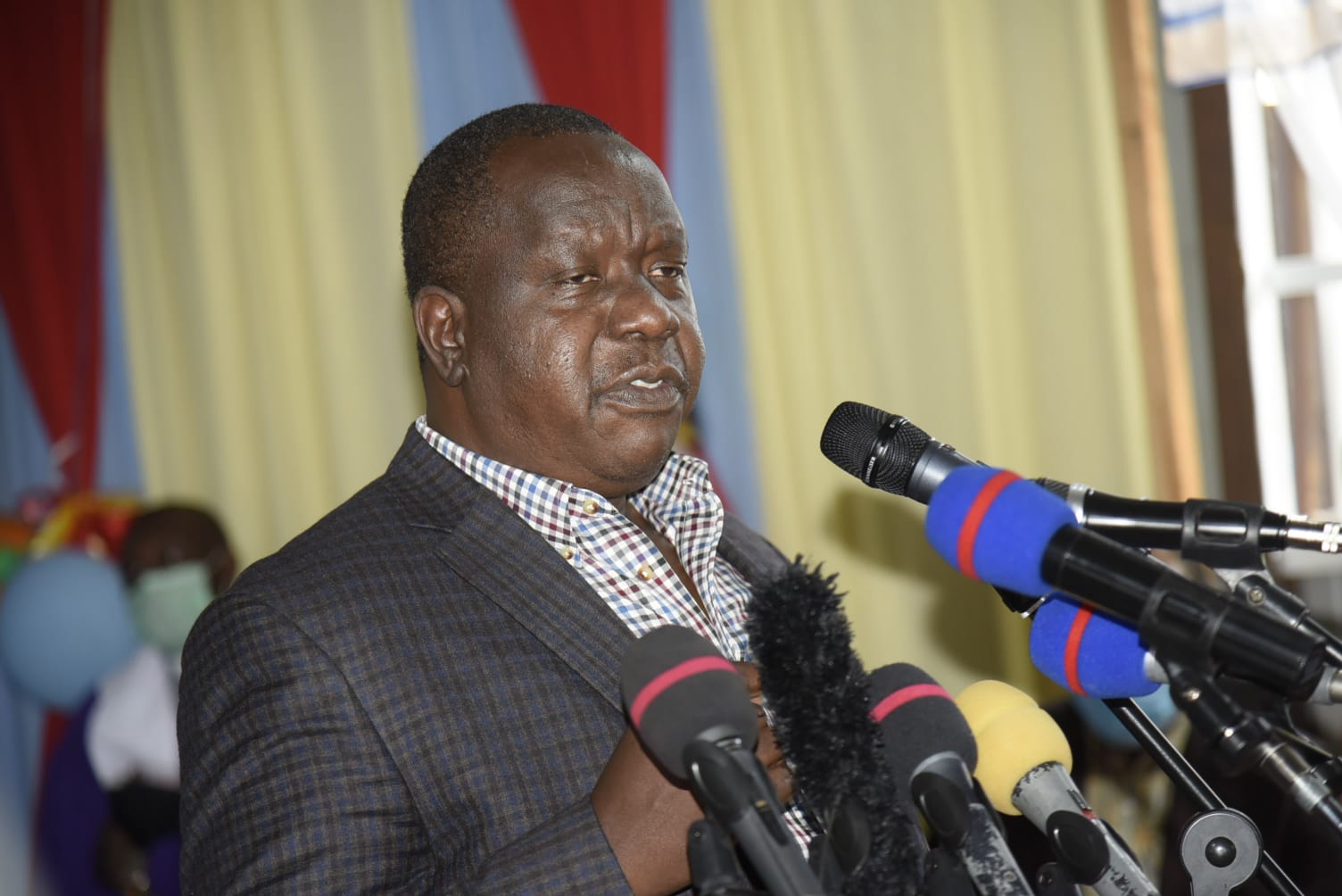 The Government will not hesitate to shut down community radios and TV stations propagating ethnicity and political violence, Interior CS Dr. Fred Matiang’i has said.

Speaking in Ol Kalou town when he presided over the launch of Trinity FM and TV, Dr. Matiang’i regretted that a number of community radio stations had been used to propagate hatred urging them to preach peace and reconciliation ahead of the next general elections.

“We will shut you down in the best interest of this country. It is our duty to uphold peace and we will safeguard the stability of this country jealously without taking sides,” said the CS, while urging politicians to freely campaign without having to ask for permission from the government.

While condemning an incident in which DP William Ruto’s motorcade was stormed in Busia Saturday, Matiang’i said already five people had been arrested in connection with the chaos, urging the youths to desist from being used to propagate political intolerance.

“No one is allowed to disrupt meetings, we will arrest you and take you to court. Kenyans are now clever they can make a choice on their own,” he said, urging Kenyans to debate freely and receive all leaders equally as they sell their policies.

On Huduma Namba, the CS said that he will defend the initiative even to the Supreme Court, just as he defended digital migration that has now opened room for more than 60 community stations mainly based in the rural areas.

His ICT and Youth Affairs counterpart Joe Mucheru, who also graced the occasion at Trinity Methodist Church, noted the milestones the digital migration had made, to allow broadcasting in remote places such as Ol Kalou.

“The church as the new entrant in broadcasting should take the mantle you separate the truth from fake news, while plugging into the technological advancements for economic growth,” added Mucheru.

Governor Francis Kimemia took the opportunity to woo investors into the county noting that the county stood a chance for growth and development.

Trinity FM is the first community radio and TV within Nyandarua County. Its Proprietor Bishop Josam Kariuki called in investors to originate projects and ideas for the growth of the county.

Kenya Insights allows guest blogging, if you want to be published on Kenya’s most authoritative and accurate blog, have an expose, news TIPS, story angles, human interest stories, drop us an email on [email protected] or via Telegram
Related Topics:Dr Fred Matiangimedia shutdown
Up Next