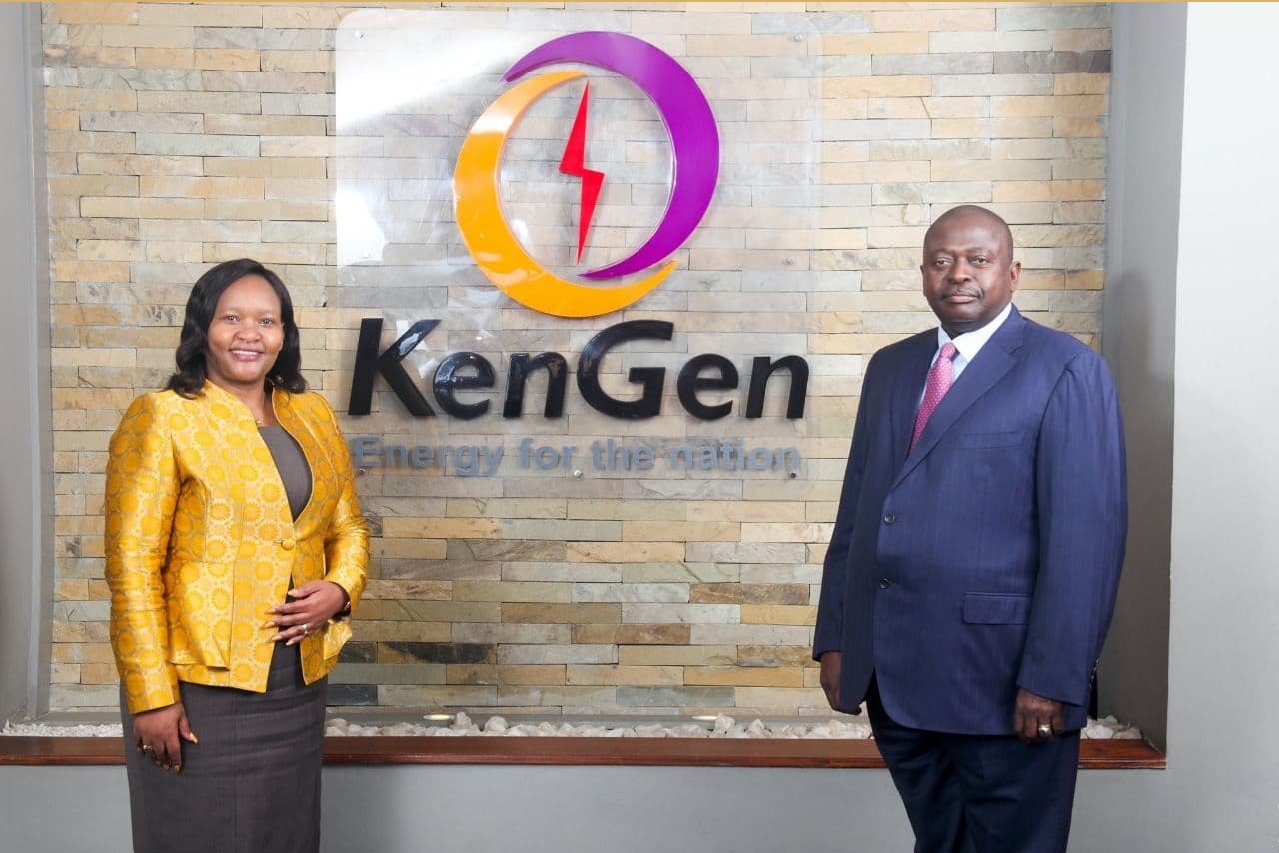 In a statement, the firm’s Managing Director Rebecca Miano said the profit growth was achieved on the back of continued revenue growth underpinned by the company’s diversification strategy.

In effect, the firm recommended a dividend pay-out Shs.0.30 per share which amounts to Shs 1.98 billion to be paid to all its shareholders.

Overall, there was a growth of 3% in unit sales from 8,237GWh in 2020 to 8,443GWh in 2021. The Company benefited from a full year operation of the 172MW Olkaria V geothermal power plant whose construction was completed in October 2019, resulting in a 12% displacement of thermal generation.

However, despite the glittering results, the energy producer is headed for a shoulder brush with the market authority for failing to cushion consumers with a profit warning.

KenGen whose net income dropped by at least 25% in the year ended June, is accused of going against compliance requirements among Nairobi Securities Exchange-listed firms by failing to issue the shareholders with a profit warning.

The big profit drop came as a shock to investors, with the company’s share price declining 2.5 percent in yesterday’s trading to Sh4.57 as the market reacted to the news.

The Capital Markets Authority (CMA) requires listed firms to issue a profit warning within 24 hours of becoming aware that their net earnings will drop by a quarter or more for their respective financial year results.

Related Content:  Kenyans On Why They Don’t Bother Engaging Safaricom CEO Ndegwa Like They Used To With Collymore

Such announcements are meant to give existing and prospective shareholders a guide to a company’s performance well in advance of what would otherwise be shocking results.

KenGen did not issue a profit warning prior to publication of its results.

According to the company the profit drop was brought by circumstances out of its control, hence it did not see the need to publish an earnings alert.

”That explanation does not make sense. Kengen credibility is on the line.” Isaac Koech reacted.

“As a public entity they are held to the highest scrutiny, must deliver the public expectation. They cannot hide under the cloak of generality, should have issued a profit warning regardless of compliance.” He added.

Previously, the markets regulator has penalised investment firm Centum for failing to issue a profit warning before announcing a drop in its full-year net profit.

Companies listed at the Nairobi Securities Exchange (NSE) are required to warn investors if their full-year profits will drop by more than 25 before actual announcements, with the law stating that offenders will pay a fine set at the discretion of the regulator.

The earnings alert should be sent to the NSE, CMA, and the public at least 24 hours before announcement of the results, a rule Centum did not adhere to.

“An issuer who fails to comply with any continuing obligation within the prescribed time shall be liable to pay a penalty at the rate prescribed by the authority,” says the CMA public disclosure requirement.

CMA forwarded amendments to Treasury that will allow CMA to reprimand directors who fail in the duty to protect investors’ interest saying it was impunity that a board would have prior information on results but opt to ignore the law as is the case of KenGen now and Centum then.

Shamiah urged the firms to comply with listing rules which require companies to issue a profit warning within 24 hours of the board becoming aware that returns will fall by more than 25 percent compared to the previous financial year.

“Good corporate governance practices dictate that companies prepare prudent periodic management accounts and projections. The company’s management and board also ought to be aware of the declining levels of profits well before commencement of external audit,” he said.

Shamiah said the Authority will continue to implement the penalties for late filing.

In 2016, National Bank of Kenya was fined an undisclosed amount of money for failing to publicly issue a profit warning ahead of announcing a surprise loss.

Kenya Insights allows guest blogging, if you want to be published on Kenya’s most authoritative and accurate blog, have an expose, news TIPS, story angles, human interest stories, drop us an email on [email protected] or via Telegram
Related Topics:KenGenRebecca Miano
Up Next