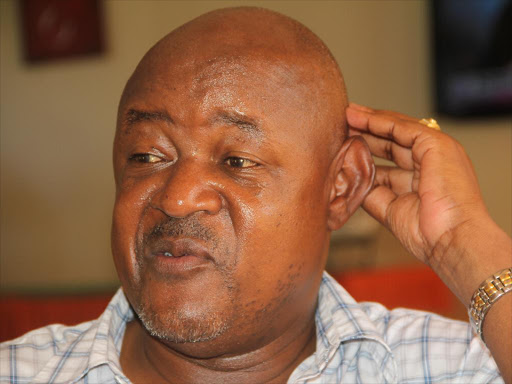 David Were, ODM candidate who was beated in Matungu [p/courtesy]

Orange Democratic Movement (ODM) have abandoned a by-election petition where their man David Were was challenging the victory of ANC’s Peter Nabulindo. The Raila Odinga led party chickened out of the petition after noticing loopholes in their case and witnesses who could not answer many questions.

ODM had lined up Moftat Mandela, Nabii Nabwera, Boniface Odunga and Mercy Akoth as their key witnesses but upon cross examination by lawyers Michael Osundwa for Nabulindo, Charles Malala for Senator Cleophas Malala and Moni Mukele of IEBC, the ODM witnesses gave contradicting statements in their own sworn affidavits and those in police records.

The party insiders who were pushing for the petition like governor Wycliffe Oparanya have now left Were to carry his own cross as they embark marketing Raila Odinga’s 2022 presidential bid.

This is after their witnesses Mandela and Nabii claimed that they were blocked by Senator Malala’s goons while on their way to Mwira Primary School polling station but the two contradicted the time of the attack.

Another ODM witness, Odunga, claimed in his affidavit that he was shot by Malala’s bodyguard Joel Wekesa when he queued to vote at Munami polling station but he is a registered voter at Namberekea Primary School. 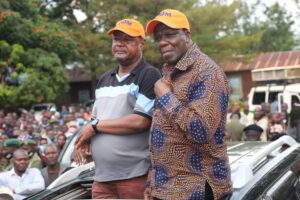 David Were and Governor Oparanya in a past event [p/courtesy]

But Mercy Akoth stated in her affidavit that she was abducted at gunpoint while in her home in Munami by Senator Malala and goons and then tortured for over 30 minutes but in police records she claimed that she lost Sh100,000 to ANC supporters.
Related Content:  ‘Ngai Fafa Mwathani’ Ruto In Shock Over Uhuru’s Choice Of Endorsing NASA Flagbearer For Presidency

The disorganization within ODM luminaries who crafted the petition has now left Were confused as he admitted that he did not personally scrutinize final results declared on Form 35B and polling stations results declaration in Form 35A.

Were has even revealed that he pushed to file the petition by Kakamega governor Wycliffe Oparanya who doubles up as the deputy leader of the ODM party. Oparanya felt that the loss had exposed him as a deputy party leader who plays a small role to market the party in his Luhya backyard and nationally.

Abandoned Were sold his parcel of land in Nairobi to fund his campaigns in a by-election that was occasioned by the death of Justus Murunga who succumbed to covid-19 in late 2020.

Were who once held the Matungu seat but lost to the late Murunga of ANC in 2017 has also been abandoned by local ODM MCAs who are trooping to Nabulindo’s camp as ODM continues to lose the grip of Kakamega County.

Kenya Insights allows guest blogging, if you want to be published on Kenya’s most authoritative and accurate blog, have an expose, news TIPS, story angles, human interest stories, drop us an email on [email protected] or via Telegram
Related Topics:ANC PartyDavid WereMatungu by-electionMatungu ConstituencyPeter Nabulindo
Up Next

Baraza to benefit from Oparanya-Kutima feud