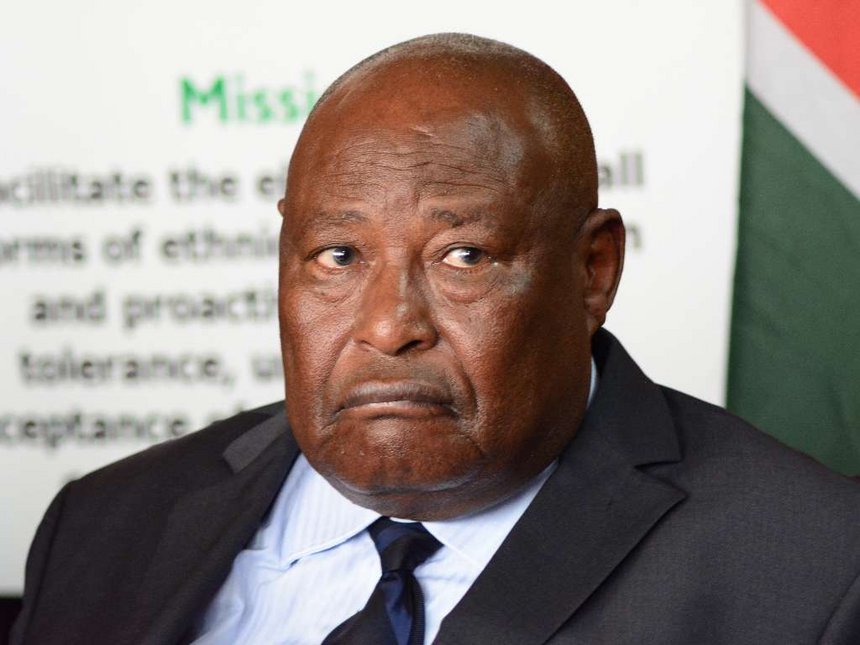 Traditional narrative divides legal and political power in Government among the legislature, the executive, and the judiciary. The resulting question of who inspects the classical three arms of Government and their incidental institutions has necessitated the establishment of commissions whose main objective is to secure the observance by all state organs of democratic values and principles. With such a momentous task, commissions ought to operate beyond reproach in regard to observance of the said values and principles.

The Ethnic and Diversity Audit of commissions was carried out in 2016 with the aim of finding out the ratio of the various ethnic groups who comprise the current staff of commissions, assessing the compliance of commissions with the National
Cohesion and Integration Act, No. 12 of 2008 and identifying ethnic representation among Commissioners. Using the quantitative approach, the study employed the census methodology and collected data from all the 15 commissions in Kenya.

Cohesion and Integration Act, No. 12 of 2008 and identifying ethnic representation among Commissioners. Using the quantitative approach, the study employed the census methodology and collected data from all the 15 commissions in Kenya.

Only one of the 15 surveyed commissions flouted the Act. The Judicial Service Commission flouted section 7(2) of the NCI Act (2008) by employing 39% of its employees from one ethnic community, the Kikuyu.

The study reveals that the most represented ethnic community in the employment of commissions is the Kikuyu which forms 22.2% of the employees. Other dominant groups include the Kalenjin (12.8%), Kamba (11.3%), Luhya (11.1%) and Luo (9.4%) communities. Notably, employment within the commissions has also included minority communities such as the Maasai, Njemps, Rendille, Orma and the Ogiek to mention but a few. Nevertheless, it was evident that only 19.6% of all commission positions are occupied by staff of such minority origin.

The Kikuyu community dominates the employee composition of all commissions save for the Commission on Revenue Allocation (CRA) at 18% and the Commission on the Implementation of the Constitution (CIC) at 25% that are predominantly Luo.

Related Content:  Medical Crisis In Machakos, Why Doctors Are Fleeing Because Of Governor Alfred Mutua

The study demonstrates that the workforce of commissions which have regional presence is more diverse. As such, commissions that have decentralized offices are likely to have more ethnic groups than those that have only one office in Nairobi.

Some of these include the Teachers Service Commission (TSC), the Independent Electoral and Boundaries Commission (IEBC) and the Ethics and Anti-Corruption Commission (EACC). The composition of the members of the Board of commissions in Kenya includes 20 ethnic groups spanning from the majority Kikuyu, Luo and Luhya to the minority Turkana, Gabbra, Kuria and Njemps among others. Most of the Commissioners appointed belong to the Kikuyu community which forms 16.5% of the commissioners.

However, worth noting is the gender representation among CEOs, which is in the spirit of the Constitution. Female CEOs are composed of 33% while 67% are male. The study recommends that the President and the parliament should include at least one person from the minority communities in each appointment to a commission. Further, there is need for parliament to review Article 250(4) of the Constitution – the law forming all commissions – to have appointments

Accommodate all ethnic groups as opposed to reflecting regional balance.

Further, the Joint Parliamentary Committee on National Cohesion and Equal Opportunities should support NCIC in the development of policies that will enhance the participation of ethnic minority and marginalized groups in the general labor market and specifically in public service employment.

Related Content:  ‪Court Rules That A Spouse Is Not Automatically Entitled To Half Of The Marital Property On Divorce Unless There Is Proof Of Contribution‬

There is also need to make commissions grassroots oriented to improve service but majorly to strengthen diversity in employment. It would be an opportunity to strategically tap into areas where minority groups have a say, away from the competitive nature of national exposure. Furthermore, each Commission should endeavor to make the advertisements for job vacancies in a way that accommodates some of the rudimentary strategies applicable at the grassroots to add on to the two dailies approach.

Moreover, it necessitates the National Cohesion and Integration Commission to form a deliberate and progressive formula to create a balance of the “seemingly minorities against the perceptive majority” through generating an Ethnic Quota Recruitment System or Strategy for all commissions. Finally, there is a need for NCIC to develop a draft of the Minimum Standards and Principles for Recruitment, as well as train staff of all commissions to ensure inclusiveness and diversity within such institutions.

Kenya Insights allows guest blogging, if you want to be published on Kenya’s most authoritative and accurate blog, have an expose, news TIPS, story angles, human interest stories, drop us an email on [email protected] or via Telegram
Related Topics:News
Up Next