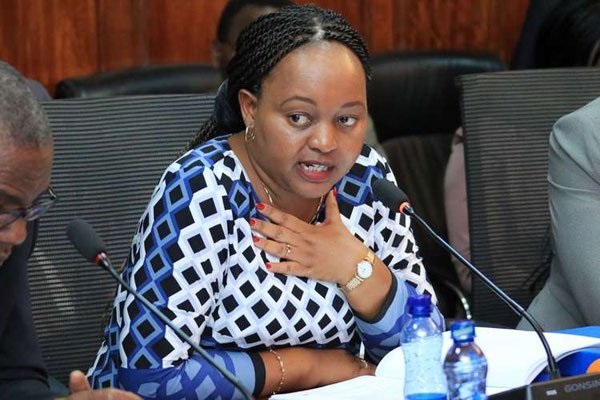 With 8/8 fast approaching and politicians going on campaign overdrive, the civil society who gives the watchdog value for the community is not sleeping either. A campaign dubbed #RedCardKE is already creating enough havoc, this is a citizen’s driven 90-day campaign created to #RedCard all corrupt and unethical political aspirants, raise voter awareness and empower frontline institutions to hold the promise of Chapter 6 before all candidates.

According to the campaign, 20 individuals both holding positions in NASA and jubilee have been marked as unfit for public office given integrity issues that they hold and asking the IEBC to bar them from participating in the August poll.

Here’s the list and the set of accusations labeled against them by the accusing activists:

Accused of purchase of 24 acres of land at Kshs. 340 million, a price that is way above the market value of the land.

The aspirant is accused of forgery of official documents and election into public office on account of falsified documents and intentionally providing false information.

He is subject to several counts of incitement to violence including against leaders, communities and journalists; disobedience of the law and hate speech.

5. Mike Sonko – Governor Aspirant Nairobi County
He’s accused of indecent conduct in public including alleged harassment of Mtwapa weighbridge government officers. Mike Sonko is also accused of involvement in a physical fight with Governor Kidero, disruption of proceedings of the Senate public accounts committee and is also subject to the allegation of influencing the award of a Kenya Pipeline Company for a Kshs. 1.35 billion kickback.

He is subject to questionable academic qualifications. Governor Hassan Ali Joho was also listed in United States (US) Embassy list of drug barons.

The aspirant is accused of procurement irregularities including the purchase of the official residence of the Chief Justice at the cost of Kshs. 310 million and authorization of Kshs. 46.4 million to build pre-fabricated courts at Mavoko Law Courts.

Accused of instigating violence during party nominations in April 2017.

Kidero is accused of procurement irregularities of up to Kshs. 4.6 billion in a plan to launch a metro transportation system. The aspirant is also subject to allegations of bribery and payment of Kshs. 200 million to Justice Tunoi. Governor Kidero is also accused of indecent conduct in public and physical violence against a fellow public official. An IPSOS public perception survey released on September

She’s accused of instigating violence during the Orange Democratic Movement (ODM) Party nominations which led to her being barred by ODM from contesting on the party ticket.

Allegations of breach of Chapter 6 and provisions of Leadership & Integrity Act; Abuse of office, obstruction, and harassment of legitimate authority at the Gilgil weighbridge on 21 January 2015.

The aspirant is subject to an ongoing investigation by the Ethics and Anti-Corruption Commission (EACC) into possible misappropriation of Kshs. 200 million meant for the Agro City project.

Under his leadership as the Governor of Bungoma County, his County Government purchased 10 ‘Special’ Wheelbarrows at the cost of Kshs. 1 million each. Beyond this, there is a case of conflict of interest as the candidate is accused of having links – through proxies – to M’Big Company that has won a bulk of Bungoma County contracts.

Embezzlement and loss of up to Kshs 600 million through procurement irregularities, violation of Section 11 of the Election Offences Act, 2016 including the use of and perpetration of violence during the ODM party nominations in April 2017 leading to destruction of property, loss of lives and intimidation of opponents by issuing threats.

Under investigations for the National Youth Service (NYS) theft in which Up to Kshs. 1.9 billion was lost in the NYS scandal under her watch as Cabinet Secretary (CS) for Devolution. Audit of NYS scandal is still incomplete. Abused, lost or unaccounted for budget includes funds meant for slum upgrading of 3.5 km road in Kibera slum which would have significantly improved physical accessibility and public health and sanitation in one of the biggest slum in Africa with approximately 250,000 dwellers.

Waiguru gave directives that ensured procurement and payment were centralized at the NYS headquarters, hence overriding and undermining meaningful oversight by other State departments. An IPSOS public perception survey released on September 8th, 2015 ranked the candidate as third most corrupt leader. The candidate was declared unfit to hold public office by the Public Accounts Committee of Parliament in May 2017.

Do you agree with the Red Card movement that those in the list must be barred from seeking election?

Kenya Insights allows guest blogging, if you want to be published on Kenya’s most authoritative and accurate blog, have an expose, news TIPS, story angles, human interest stories, drop us an email on [email protected] or via Telegram
Related Topics:CorruptionElectionsFeaturedJubileeNASANewsPolitics
Up Next