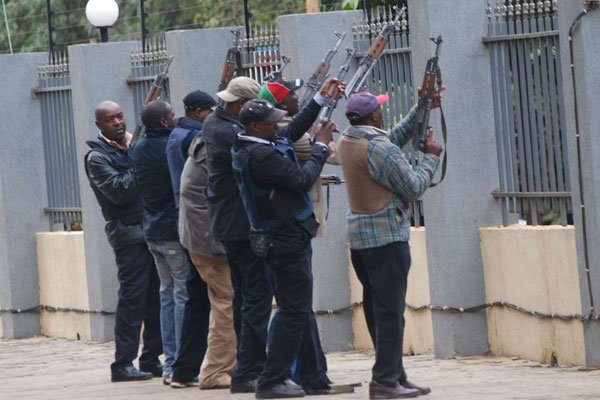 The Anti Motor Vehicle Theft Unit, popularly known as the Flying Squad and all its sub-units were last week disbanded by the Directorate of Criminal Investigations (DCI) boss George Kinoti and all officers directed to hand over any police property that was in their possession to pave way for a more sophisticated ‘Sting Squad’.

Complaints by Kenyans and foreigners living in Kenya against the flying squad officers in Nairobi, is believed to be the reason the unit that was formed in 1992 was done away with. Flying Squad boss Musa Yego will also be retiring before the end of the year.

This is because there was proof that some of the officers within the unit had gone rogue and were involved in crime. For instance, in a recent case that saw police officers attached to Kayole police station arrested, the victim told the police that the officers had introduced themselves as flying squad officers, the officers were involved in Sh6 million robbery in Nairobi’s Eastleigh estate.

Whether it’s just the normal rebranding we’ll have to wait and see, the new team will almost exactly be dealing with what the Flying Squad did, that is dealinging with armed robberies, abductions, vehicle theft and sale and distribution of contraband and substandard goods.

“The Directorate of Criminal Investigations wishes to inform the public that after disbanding all the Flying Squad sub-units within the country, only the Headquarters Unit based in Nairobi remained.

This marks the end of the Flying Squad Unit and no officer will present himself or herself to the public as such,” a statement released by the DCI  on Monday stated.

The move to have the unit disbanded has received support as it’ll see a new modern crack unit capable of handling emerging crimes with new and modern equipment.

“We support the move by the boss (DCI head George Kinoti) as we had become too large and less effective with time,”an anonymous commander told Journalists.

Video: Air Canada Forced To Land After A Wheel Fell Off