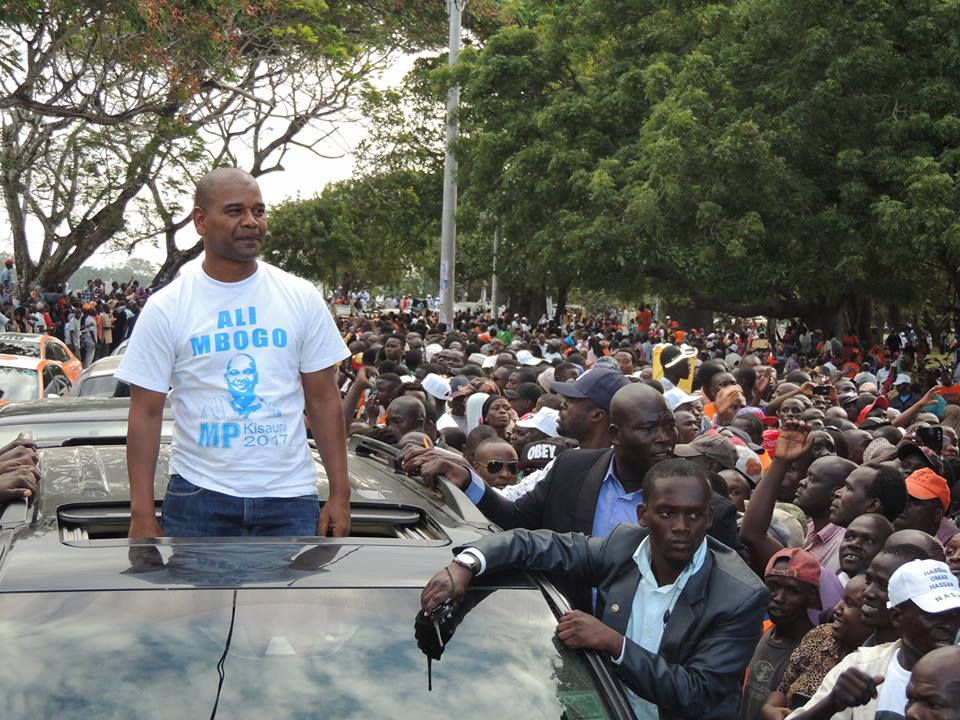 The race to succeed Mombasa Governor Hassan Joho is shaping up to be a three horse race after Kisuani Mp Ali Mbogo Menza made clear his intentions to face Kisauni Mp Abdulswamad Nassir and businessman Suleiman Shahbal who are still hanging around for Joho endorsement.

Mbogo who was elected on a Wiper party ticket is relying on his development record in Kisauni constituency since his election in 2017  when he beat ODM’s Rashid Bedzimba.

But the expected tarmacking of two key roads linking Mombasa and Kaloleni through Mwakirunge area which are of great economic importance to the residents of Kilifi and Mombasa counties is expected to up his ratings.

He has also ensured that over 3,600 title deeds are issued in Kisauni with surveyors still camping on the ground as he challenges his opponents to be of importance to the residents of Mombasa before asking for votes.

Mbogo challenged Shahbal to assist the residents of Mombasa instead of boasting of international links during campaigns and doing nothing with those connections to change the lives of Mombasa residents.

He added that Shahbal is not empowering women and the youth but only chasing business opportunities like the construction of low cost housing he is undertaking in Buxton. Mbogo argues that the project is a classic case of conflict of interests.

Related Content:  Did Joho use and dump Luos after re-election?

“ Shahbal won the tender to do the project and is busy trying to become the governor. He should either remain a businessman or a politician and stop confusing the residents” Mbogo said.

The Kisauni legislator also accused Shahbal of building Kiluwa Resort on a piece of land he grabbed from African Safari Club. 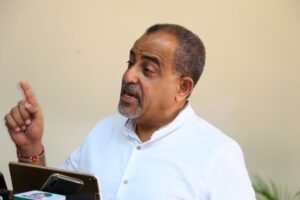 He then went on to poke holes on the development record of Mvita Mp Abdulswamad whom he accused of aspiring to be a governor when he can’t construct a single classroom in his constituency since he was elected in 2013.

Hon. Nasir has also been under criticism for using his ‘skills mtaani’ programme to siphon CDF funds through Istiqama Driving School and Istiqama Academy which belong to his sister.

An inspection by a special funds accounts committee in December 2020 also uncovered that the implementation status as captured in the audit reports were about projects that never existed on the ground. 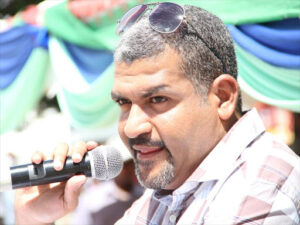 Mvita Mp Abdulswamad Nassir. He wants to be the next governor of Mombasa County [p/courtesy]

But Mbogo is also basing his bid on the population of Kisauni Constituency which is the largest in Mombasa County. He is also a native, meaning his candidature is salable to a majority of the residents unlike his opponents who are from the minority Arab extract.
Related Content:  Mike Sonko, A Spent Cartridge Bulldozed By Kalonzo In His Proxy Fight With Raila

The Mombasa top seat will fall vacant in August 2022 when the incumbent retires with reports indicating that Joho might also go for Kisauni parliamentary seat and bargain for a ministerial position in case BBI Bill is adopted.

The battle to succeed Joho is expected to be titanic as aspirants are expected to employ various strategies to woo the more than 500,000 voters. Former Mombasa Senator Hassan Omar and deputy governor William Kingi have also declared interests but analysts  are pointing that candidates’ financial muscle, upcountry vote support and party affiliations will play a key role.

Kenya Insights allows guest blogging, if you want to be published on Kenya’s most authoritative and accurate blog, have an expose, news TIPS, story angles, human interest stories, drop us an email on [email protected] or via Telegram
Related Topics:Abdulswamad NassirKisauni Mp Ali MbogoMombasa CountySuleiman Shabhal
Up Next