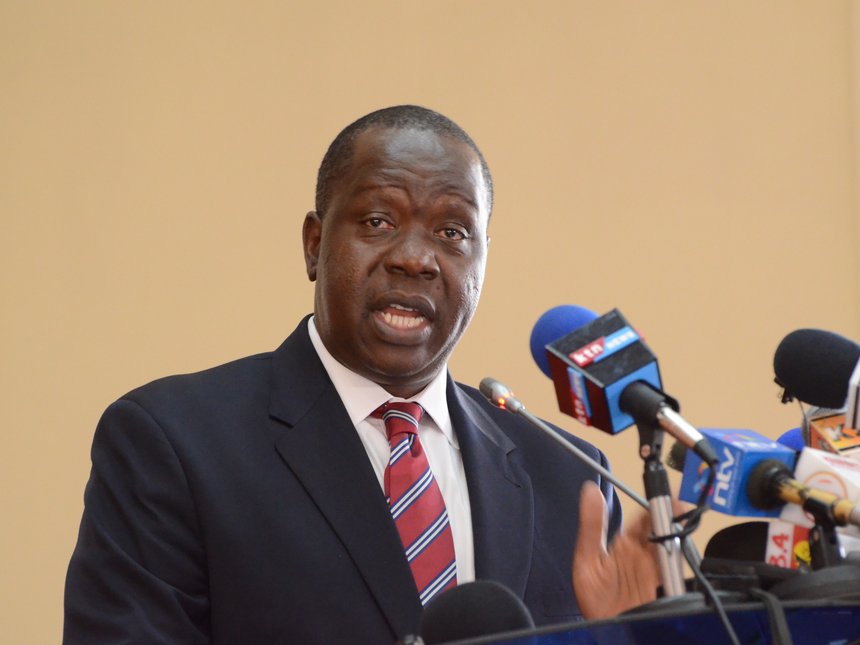 Cabinet Secretary for Interior and Coordination Dr Fred Matiang’i want to have a VETO power on what time TV stations can air their liquor commercials.

In a proposed Bill by South Mugirango MP Silvanus Osoro, if approved, CS Matiang’i will have total powers to control most of the PG-rated ads. According to Osoro, he proposes this due to surging cases of under-age drinking being encouraged by TV ads.

The bill also wants to water down the Alcoholic Drinks Control Act which limits powers of Interior CS to only setting time during which the sale of alcohol is permitted. Currently, the CS has to liaison with KFCB, NACADA and CA to regulate the TV commercials.

I don’t know why the government thinks Fred Matiang’i is better for this or the Executive wants to give him more powers to clear another backdoor deal. Why can’t the State do away with the functionally crippled agencies if Matiang’i can have powers to autocrat everything? This is the same government that want to register, license and regulate social media users!

Kenya Insights allows guest blogging, if you want to be published on Kenya’s most authoritative and accurate blog, have an expose, news TIPS, story angles, human interest stories, drop us an email on [email protected] or via Telegram
Related Content:  Child Defilement At The Lakeside Beaches
Related Topics:CAFred MatiangiNacada
Up Next