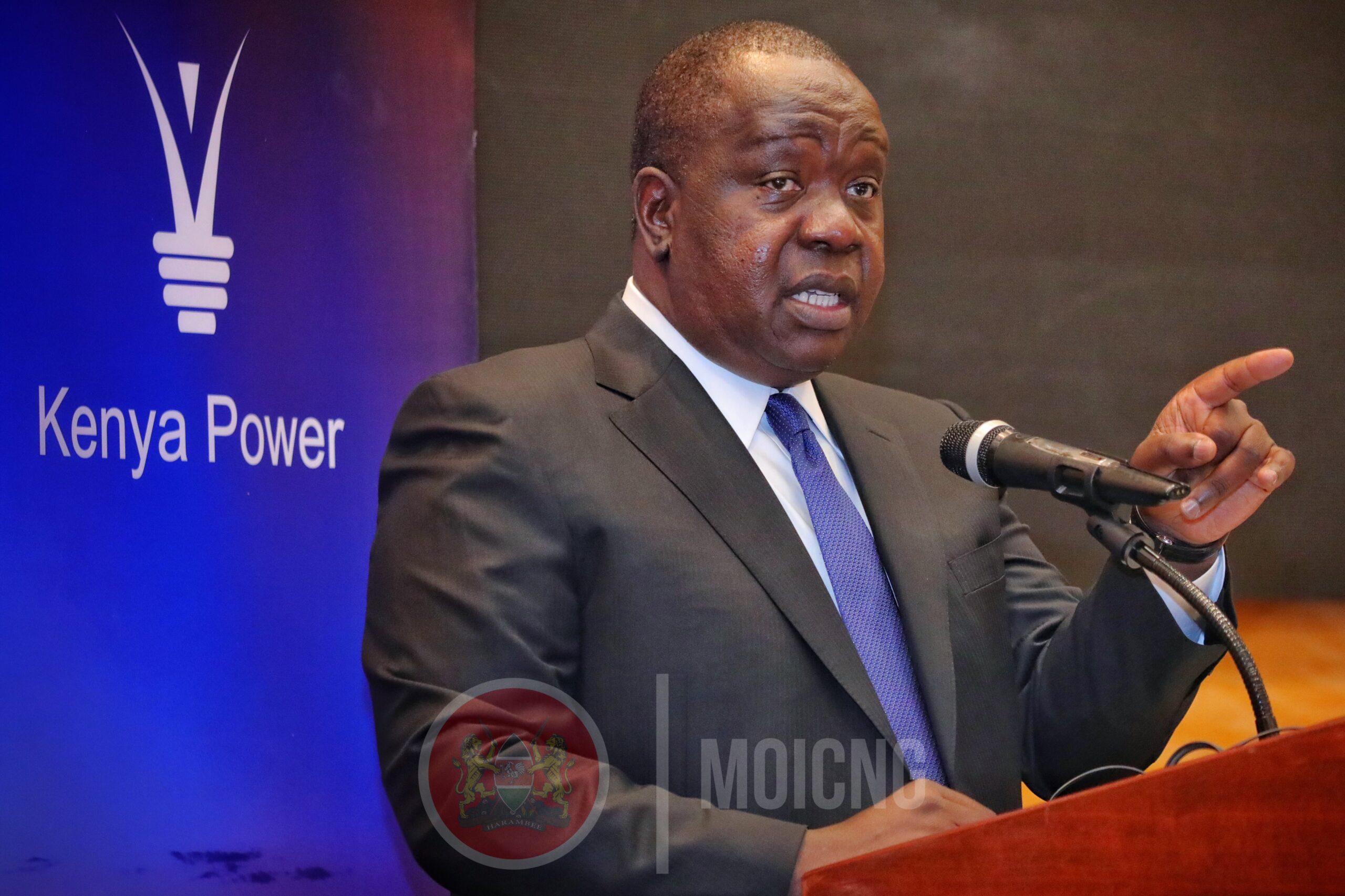 Interior CS Dr. Fred Matiang’i said the Company should also prioritize a review of existing agreements in a drive to lower cost of electricity in the country.

Matiang’i, said the decision was in line with the recommendations of the Presidential Task Force on the Review of PPAs entered into by KPLC following widespread concerns of high electricity bills.

“We are all concerned about the cost of power. Our bills are too high, and we have taken tough decisions to deal with challenges in this sector with the focus being the bringing down of the cost of power,” he said.

The CS was speaking after a meeting the KPLC Board, the company’s senior management team, and officials from the Ministry of Energy.

He revealed that the Government has declared KPLC a “Special Project” and an inter-ministerial team has been set up to audit and oversight the power-distributor urgently.

“We are going to do a forensic audit of some of our systems and procedures at KPLC. We are working jointly at an inter-ministerial level to reduce the system losses including the theft of power. We will address all challenges that result in passing unnecessary costs to consumers.” He said,

The multi-agency team comprising of the DCI, Financial Reporting Center (FRC), Assets Recovery Authority and other investigative agencies will be assembled to investigate alarming system losses within KPLC, procurement practices, insider trading, conflict of interests and suspect transactions involving KPLC staff and others.

“For a while, KPLC has been running at a loss, with all indicators pointing to ineffective Power Purchase Agreements (PPAs) that have left the company heavily indebted while ironically paying for excesses energy it does not need in take-or-pay arrangements blamed on poor negotiations and vested interests,” He said.

Matiang’i said besides high fixed capacity charges amounting to Kshs 47 billion, the PPAs are bound by Commercial Operation Dates (CODs) that are not aligned with the company’s power demand. This has often resulted in excess power generation even when the demand is low.

In the 2019/2020 Financial year, KPLC posted a loss before tax of Kshs 7 billion. Its negative working capital position for the fourth consecutive year has also raised substantial doubt about its ability to sustain operations.

The system losses stood at 23.47 percent, exceeding the 19.99 percent limit approved by the Energy and Petroleum Authority (EPRA). This is attributed to lack of internal control measures put in place to mitigate losses including governance.

The company’s obligations to pay for goods and services that were acquired from suppliers were also not met with a long outstanding balance of Kshs 1.3 billion resulting to discontentment of financiers and suppliers.

Dr. Matiang’i exuded confidence that the proposed changes will yield the much-desired results and assured Kenyans that the unit cost of electricity billed to clients will soon go down.

Kenya Insights allows guest blogging, if you want to be published on Kenya’s most authoritative and accurate blog, have an expose, news TIPS, story angles, human interest stories, drop us an email on [email protected] or via Telegram
Related Topics:Fred MatiangiKPLC
Up Next

Kisumu Airport To Get Sh157M Facelift Ahead Of Africities Summit