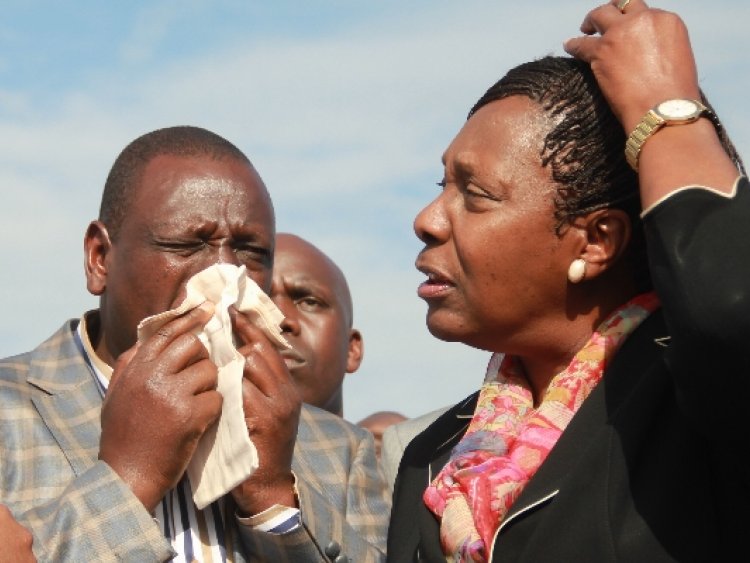 I always believe and which has been practically approved and done ‘If you want to be heard, choose a woman but if you want to get things done, choose a woman’.I ain’t violating or rather becoming antagonist against Gender equality rule, No! It’s a moment of fact checking.

Gender equality campaign has been fought for and has since been prosperous.An example, Independent Electoral and Boundaries Commission (IEBC) have made sure each political have reached the boiling point of two-third gender rule during their party primaries unlike last general elections was not met.As some slogan ‘Ladies First’ applies everywhere, male gender always gets victimized as a result of discrimination, second option and not priorities.When too much of something is induced, it becomes dangerous and poisonous hence mercilessly applies to Female gender.Priorities provided for them have become poisonous, some are misusing, some are well-utilising, some aren’t utilizing at all.

My sword is not meant to bring down potential women contesting for various political positions apart from The Presidency.Our mothers who ought to have changed the game, have degraded themselves to Flower girl positions.Shame! Where is Martha Karua, Charity Ngilu? Could hatred and Jealousy amongst women themselves caused this decision, it is.Women hate each other more than they hate men, they would better vote in a man and sideline their own.

These two pillars have on countable occasions fall on the same side of the coin in solidarity which they ought to be at all time for the sake Women leadership in this country.Women’s greatest fear in National politics was the withdrawal of ‘Unshakable’ Charity Ngilu and the mistress of intellectual tantrums Martha Karua ‘Iron Lady’ but they have been siphoned by pressure from the depth of the pockets and Ethnic Politics (Defend your own).

However much Constitution by the aid of activists is pushing to the core, gender equality rule.We should ask ourselves, are they of potential? Politics you should not consider yourself a. Woman but a leader despite the gender.Are women able to bridge the gap and transform from being a woman’ to a ‘Leader’ mentality? not unless they all want to vie for Women Representative positions. Ngilu and Karua just approved how wavy women are in National politics.This is a wake-up call to salute continuas, you better wake up and rise higher, no more turning back.Unfortunately, those in line to take over-prioritizes beauty, appearing dot.com in artificial makeup and curves to be seductive and tantalizing to men which are another concrete reason why women are jealous of each other, over Service delivery.

I am for sure this is the end both’s dream of being in the highest office of Presidency.They have rubbished the righteous path for women, let newcomers enter the game.No mean, humble words to use against these individuals.It’s betrayal.

Related Content:  Dear DPP Noordin Why Is Kenya Pipeline MD Joe Sang A Free Man With Looting Evidences
Kenya Insights allows guest blogging, if you want to be published on Kenya’s most authoritative and accurate blog, have an expose, news TIPS, story angles, human interest stories, drop us an email on [email protected] or via Telegram
Related Topics:ElectionsGender BalanceOpinionPoliticsWomen
Up Next