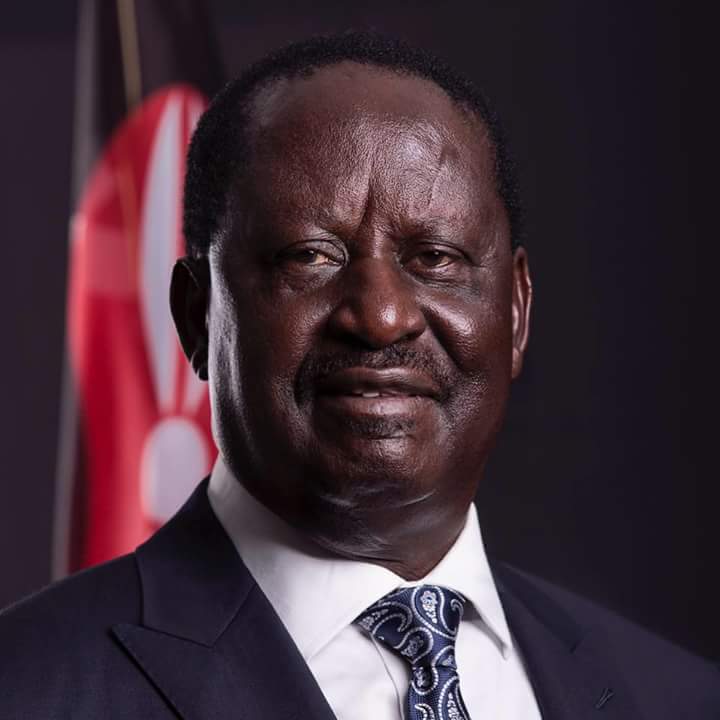 The late Vice President Kijana Wamalwa once said in Kenya politically, there are two types of people; pro-Raila and anti-Raila. In his theory, the fallen Luhya kingpin alluded that politics in Kenya revolves around one man Raila, such that those who love him do so wholeheartedly and those who hate him do so with a passion.

Raila fear mongering is a campaign strategy that was started during Kibaki regime when they were cutting links with Raila and perfected during Jubilee regime where it has been consistent to date. For the 2013 campaigns, the Jubilee duo coined a campaign propaganda accusing Raila of colluding with the West to drag them for hanging in the ICC. While the truth was far from, politically, it gave Jubilee duo an upper hand, strengthening their support especially within their core ethnic bases; Kikuyu and Kalenjin. Having been poisoned with the fear mongering factor, they came out in their numbers to give Uhuru and Ruto a win.

Fast forward to 2017, the game dynamics have changed, same field and players but a different league. ICC is out of the way and therefore Jubilee had to go for a campaign agenda. For NASA and Raila, their job was done prior, banking on Jubilee’s failures from corruption to unemployment to soared cost of living. It is no task to see the much damage is on the Jubilee government.

All factors constant, it is highly probable that Jubilee will still get the majority of their votes from Central and Rift Valley as they did previously but the game has a bit of a twist. While ethnicity plays a key role in voting pattern, it shouldn’t shock if a sizeable shift is realized come August 8th. Many people have been affected and feeling it at the household levels the scorching cost of living, the unemployment bug has bit nearly every household, these serious factors could affect voting patterns and have many voting for change against traditional tribal voting.

Ruto is facing a rebellion in Rift Valley even if it couldn’t be as huge but recent researches suggest that NASA will get a good chunk of the rich R.Valley vote. There’s an untold voter apathy scare in Central according to intelligence mills that a grassroots level mobilization mechanism has been put in place to ensure more people are convinced to get out in numbers to vote. Raila fear mongering is a key mobilization element being used, residents are being warned of the impending dangers of a Raila presidency including loss of business opportunities, slavery et al. Kiambu Governorship aspirant Ferdinand Waititu, is on record warning residents against a Raila presidency saying he would force the community to walk in shorts a colonial symbolism of slavery. They are told how toxic Rao presidency would be to them. 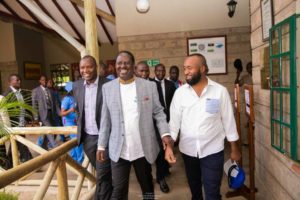 Truth of the matter is Jubilee has minimal or no development manifestation to sell to their voters, the record is either underwhelming or completely pathetic. For this, they’re banking on the fear mongering to have a good turnout which if works, will give NASA a run die their money. Many are saying they’d rather stay at home then go and vote for people who instead worsen life situations. The high cost of living guys across all Kenyans regardless of political affiliation.

Jubilee has invested time and money on anti-Raila campaigns. This is running heavily on both popular social media networks and sponsored Google Search ads. Dedicated websites as ‘The Real Raila’ a creation of Cambridge Analytica is specifically tuned to paint a monster picture of Raila. There are more other websites with the same agenda. A day will barely pass without seeing an anti-Raila hashtag trending on Twitter and in fact as we speak, they’ve tripled the daily hashtags. It is business unusual.

Related Content:  How IEBC Paid Sh50M To a Ghost Firm That Was Only Registered After The Elections

What does this character assassination of Raila by Jubilee tells us, exposes the weakness and lack of focus? In their public rallies, Jubilee principals insist on having an issue-based political campaigns across the board as opposed to character hammering yet they at times bite their own tongues and do the exact and foot soldiers to the extreme. According to the latest IPSOS poll results, Uhuru maintains a lead of 47% with Raila second at 42% a 15% margin close in as of the previous poll. A Good 8% of voters are undecided on who they’ll vote for.

I can tell you for free that the pro-Raila will remain the same and vote him and so will pro-Uhuru, the strategists should, therefore, be only worried about the sway votes, the undecided voters. Does Jubilee, therefore, plan to win the hearts of undecided voters with maintained, toxic anti-Raila campaigns? Can’t jubilee conduct an issue based politics as they pride to be a change in traditional politicking set up? Bashing of Raila is nothing new. But let’s understand one thing that Jubilee is a cornered monkey, hanging onto anything to stay afloat including air, selling their development agenda has been a toll order with most Kenyans feeling more of inflation wrath than the so-called development projects. The portal launched has done less or failed to give them intended marks so here’s a person who’ll use any arsenal to kill.

Being a political season and inflammatory language consequences can Kenya afford a heated war tone campaign? It is ironic to call for peaceful and campaigns decorum while spewing hatred sewage with a side of your mouth. It is the time to tame loose tongues. Address issues as opposed to personalities. People want to know how jobs will be created, get better healthcare and affordable quality education, Kenyans want a reprieve from the high costs of living but not political rhetoric on personalities an escapism tactic.

Related Content:  Lawyer Cliff Ombeta’s Verdict On The Video Suggesting That Singer Ruth Matete Killed Her Husband
Kenya Insights allows guest blogging, if you want to be published on Kenya’s most authoritative and accurate blog, have an expose, news TIPS, story angles, human interest stories, drop us an email on [email protected] or via Telegram
Related Topics:ElectionsOpinionPoliticsRaila Odinga
Up Next

Kenya’s Presidency; So Close Yet Too Far For Women