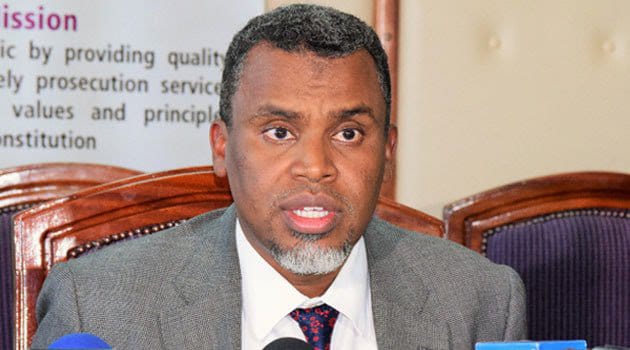 Yesterday Kenyans were disgusted to see our mother Philomena Mwilu being arraigned in court over frivolous charges, even when the real criminals are just moonlighting across 5-Star hotels in Kenya.

This comes under the back-drop of last year’s incident, where her driver was shot dead, by elements believed to be working with the Jubilee regime last year, something which indicates that she’s a marked woman.

The response to this persecution has been overwhelming with top lawyers lining up in the defence of the Deputy Chief Justice, with prominent critics like David Ndii and Miguna Miguna casting aspersions on the character and professional impropriety of the DPP.

That this case had been purposely “leaked” to Githeri Media Nation Media Group, shows that it was being manipulated from Statehouse, because the notorious media house editorial policy is drawn up from there.

The DPP and the DCI need to figure out of they are working for President Uhuru Kenyatta or the Constitution of Kenya. Uhuru can be a very petty and vindictive character who reacts on the slightest impulse, and his input to such important offices can be catastrophic. We remember vividly his threat to the Judiciary when he yelled publicly under the influence of alcohol that “we shall revisit”.

We cannot have someone who is as emotional and irrational as Uhuru, tainting the independent offices of the DPP and DCI.

I also remember when Mike Sonko was setting up Kiambu Governor Ferdinand Waititu, he expressly said that Uhuru is controlling/manipulating arrests. What nonsense is this? 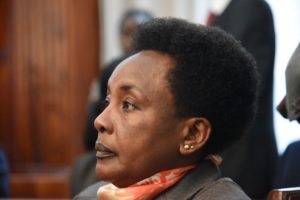 DCJ Mwilu when she appeared in court while flanked with a team of 32 senior lawyers led by SC Orengo, Khaminwa, Kalonzo amongst others.

DPP cannot purport to arrest the Deputy Chief Justice, as Kirinyaga Governor Anne Waiguru cat-walks free, as she writes intimidating letters to the EACC, as if they report to her. Kenya Revenue Authority (KRA) the most corrupt institution in Kenya, cannot purport to be pursuing Philomena Mwilu over peanuts, yet sham “investors” like Vimal Shah and Somali businessmen are evading taxes in the billions.

If you want goodwill, go for known villains. Don’t lump fictitious charges on soft-targets who are victims of the political alignments in the country. It is Kenya’s taxes which are funding these offices, not Brookside Dairies or Heritage Hotels money.

We won’t clap for you when petty thieves of 900,000 Kshs are arrested by your office, when known thieves are walking scot free. The DPP cannot commit his scarce resources to chase for petty thieves of scams below 10 Million and expect public goodwill.

People must now justify their continued stay in office. When you commit over 10 officers to hunt down 6 suspects who embezzled 900,000, does that even make economic sense? Can you spend such expensive man-hours chasing for peanuts? DPP and DCI you need to get your act together.

The people who have “eaten” Kenyans money are well-known. They have built flats, malls, stashed the money abroad and hidden it in their houses. You should be giving us the progress of the recovery of these assets first, and not chasing petty thieves of 900,000. We won’t allow our resources to be wasted in pursuit of petty offenders.

Tell us how far you’ve reached in repossession of Evans Kidero’s assets. Tell us which Governor is going to be successfully tried and convicted. Nab the MP’s who were bribed to endorse a sugar report. Go for the people who brought down Chase Bank and Imperial Bank Limited. We want to see blood of the upper-echelon of corruption.

We are being told that Deputy President William Ruto’s PA Farouk Kibet is being arrested on Friday. That one will be a welcomed image because he represents the face of corruption and impunity. But now when you chase a motherly-figure like Philomena Mwilu, you’re eroding all the gains you’ve made so far. We want Alpha-Females who walk as if they own Kenya, to be apprehended.

My only advise to the DPP and the DCI is to choose your battles wisely. If you needed to shake the Judiciary, you could’ve started with the judge Tonui who took a 200 million bribe from Evans Kidero.

Secondly, those independent office-holders should desist from being used by the petty and emotional clowns working at Statehouse. We are in this current mess because Uhuru consciously allowed corruption to thrive, yet now he’s acting as if he doesn’t know where it came from. Selective-amnesia.

If Uhuru wants to clean up the mess he created, he must do so within the confines of the constitution and not under the influence of his political-biases and petty emotions. Kenyans have no time for his tantrums and petty emotions. His cheap theatrics should be restricted to White House, where he unleashed his fake St. Mary’s British accent.