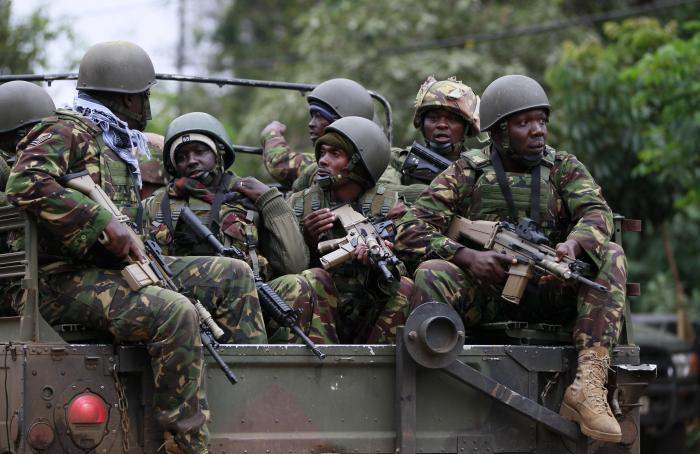 Money reimbursed to Kenya to facilitate the payment of troops fighting the dreaded Al-Shabaab insurgents in Somalia for the half-year period to December 2020 was Sh8 billion short of Treasury’s target as audit report showing that there are payments made to ghost soldiers.

Data from the exchequer shows that grants from African Union Mission in Somalia (AMISOM) that gets funds from European Union (EU) and other partners amounted to Sh1.45 billion in the period between July-December period when the budget stood at Sh9.45 billion.

Contributions from Amison accounts for about 25.22%  Sh489.60 million) but was Sh1.94 billion in a similar period in the year 2019. These revelations come after an audit conducted by PwC Associates Ltd discovered that payments are made to soldiers who had left Somalia leading to the loss of millions of dollars between 2016 and 2018.

The revelations have pushed the National Treasury to cap it’s target from Amison for the period ending June 2021 to Sh7.4 billion from an initial target of Sh24.1 billion as Kenya expects some Sh2.5 billion in the next financial year before the coffers run dry prior to KDF’s full withdrawal from Somalia. 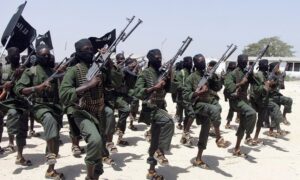 Kenyan troops serve for one year in the war torn country before they are alternated with each soldier earning about Sh87,200 after the government deducts some Sh21,800 to cater for administrative costs.

Funds from the EU cover allowances for Amisom soldiers, police, operational costs for Amisom offices, international and local civilian salaries but Kenyan funds have been declining with Kenya reducing the number of its troops to Somalia.

In 2018 there were reports that the Kenya Defence Forces (KDF) would begin a two year withdraw plan after they entered Somalia under the aegis of “Operation Linda Nchi” on October 14, 2011 in pursuit of Al Shabaab terrorists who were abducting and killing aid workers and tourists in North Eastern and Coast.

But on February 25, the 15-member UN Security Council agreed that African Union should maintain their troops under Amisom until March 14.

Kenya Insights allows guest blogging, if you want to be published on Kenya’s most authoritative and accurate blog, have an expose, news TIPS, story angles, human interest stories, drop us an email on [email protected] or via Telegram
Related Topics:Al ShabaabAmisomKDFSomalia war
Up Next