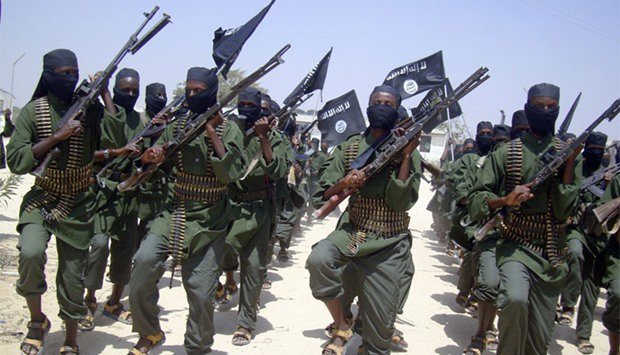 The Somalia militant group once again has attacked a KDF’s military camp killing several soldiers. The attack took place on Thursday early hours in Kulbiyow town according to Reuters.

The attack has coincidentally happened in the same style as El Adde that also left over 150 KDF soldiers murdered. Today’s deadly attack involved two bomb trucks targeting the camp before the militants laid violent fire ambush. Some sources within Somalia are describing the exchange between Kenyan soldiers and the militants as dead battle hinting at a possibility that the soldiers were caught unawares. The entire scenario reflects the El Adde.

The number of casualties is still unclear with Al Shabaab taking advantage of Government of Kenya’s silent to sell their propaganda of having killed 57 Soldiers. KDF officials have however in early reports denied having suffered casualties despite several sources indicating otherwise.

“We are pursuing the Kenyan soldiers who ran away into the woods,” Sheikh Abdiasis Abu Musab, al Shabaab’s military operation spokesman, told Reuters about Friday’s attack.

“Two mujahideen (fighters) rammed suicide car bombs into the base in Kulbiyow town before storming it,” he said, adding that alongside counting 57 Kenyan bodies the group seized vehicles and weapons. “We have taken over the base.”

Locals tell the media that militants walked away with the cache of firearms from the deadly attack that has left several KDF bodies littered along the streets. KDF has deployed a backup team to launch rebuttal attacks. El Adde attack coincidentally happened in January with no Official truth forthcoming to date. We will update as the need develops.

Related Content:  Hollywood Star Steve Harvey Seeks To Meet With Kenyan Artist Who Wowed Him With His Portrait Drawing
Kenya Insights allows guest blogging, if you want to be published on Kenya’s most authoritative and accurate blog, have an expose, news TIPS, story angles, human interest stories, drop us an email on [email protected] or via Telegram
Related Topics:
Up Next